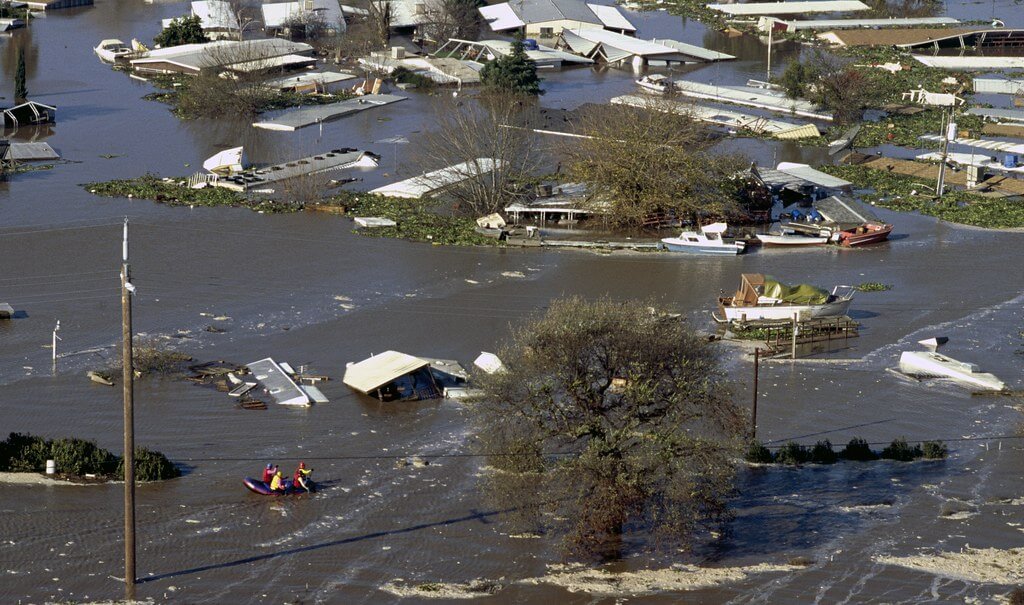 Why California’s floods won’t break its droughts
United States President Joe Biden on Sunday declared a major disaster in California as a succession of storm systems blew into the state bringing heavy flooding to already waterlogged regions and threatening snowfalls of up to six feet. The continuous floods for the last 11 days bring back to memory the devastating floods of 1997. […]

United States President Joe Biden on Sunday declared a major disaster in California as a succession of storm systems blew into the state bringing heavy flooding to already waterlogged regions and threatening snowfalls of up to six feet. The continuous floods for the last 11 days bring back to memory the devastating floods of 1997. The current deluge has left no part of the state untouched, flooding towns from north to south and loading inland mountains with snow.

At least 19 people have died and thousands have been told to evacuate their homes. Extreme weather events have always marred California, with wildfires, droughts, and even the threat of earthquakes always looming over. But the onset of the current "storm parade" has left the State unprepared.

Why is California flooding?

Scientists say that the challenge with having a large number of huge storms, back to back, is that the ground is already saturated and can't absorb the amount of water falling quickly.

California has relatively young mountains and as a result, much of its steep terrain is still in motion and covered in loose rocks and soil that can be sloughed off easily, especially when the ground is wet. California’s long history of drought has only made matters worse as drought can have a counterintuitive effect when combined with the incredible rainfall California has seen in recent days. The wildfires which wiped off a large scale of vegetation have been another reason why the soil is unable to hold any water.

Another reason for the widespread flooding is to do with the erratic precipitation that makes it very difficult for reservoir managers to decide how much water to release and how much to retain for future use. For example, Folsom Lake near Sacramento was scarcely a third full when the storm hit, but the Bureau of Reclamation tripled releases to 24,000 cubic feet a second, worried about the reservoir’s ability to absorb runoff in the American River’s Sierra watershed.

An earlier study has looked at what ails California when it comes to flooding and mudslides. California’s largest storms are generally fueled by landfalling atmospheric rivers.

Will there be no more droughts?

For the last two decades, California has been under a spate of megadroughts. But the current flooding will do little to ease the pains of drought.

Atmospheric rivers, the long heavy columns of water vapour in the sky, have hit the State more than once in the past two weeks. But when the ground becomes too dry, as is the case in California, the permeability of the ground actually decreases.

Because California has been drought-ridden, the tree roots fail to act like sponges, soaking up water from the soil. Since trees are unable to soak water their roots become weaker and the trees are more susceptible to falling during extreme flooding.

If the rain had been spaced out over a series of months, it might have helped with the drought by filling reservoirs over time. The soil would also be less saturated, allowing for more water to soak in more slowly. This would also have replenished groundwater wells and reduced the chances of flooding. But instead of collecting in reservoirs or soaking in the ground, the water has nowhere productive to go and as a result, it floods. And since the reservoirs remain empty or half-filled, the condition for droughts stays intact.