Every year India witnesses several million tonnes of plastic waste ending up in landfills. And the figures are only ever increasing.

“We are accidental environmentalists. In 2009, we went to one of the wildlife sanctuaries, where a deer was killed for eating plastic waste. That’s where we started thinking, can we do something about plastic? Is there a solution for the plastic waste? Because, as plastic, it’s a brilliant product, but the problem starts when it becomes waste. And that’s how we started experimenting from our kitchen and finally we developed a machine and a process to convert plastic waste into fuel,” says Tarpatikar while sharing her motivation.

The process developed by the environmentalist is called Thermo Catalytic Depolymerisation (TCD) through which liquid fuel, gas, and char is extracted. The char could be mixed with bitumen for laying roads. The fuel could be used anywhere for burning, such as incinerators, burners, furnaces, boilers or can also replace kerosene in your stoves.

She further says, “Right now, we are selling only to the industry because this is a mixture of various kinds of hydrocarbons. So we need to do another process and we can separate different hydrocarbons and do different things. We started this 12 years ago and we have collected more than 30 lakh kilos of plastic till date. Some of it has been converted into fuel, some have been used for laying roads and a lot of plastic has been used for research purposes.”

“There are many possibilities, innovation that can happen. So, do think, do come into this sector, it’s a very exciting sector and we need more entrepreneurs, we need more innovators in this field. So, my message is, yes, look at this as a career option and enter because we need more brains in this sector,” adds Tarpatikar. 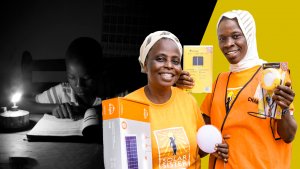 Harsh
Do you have a story to tell?