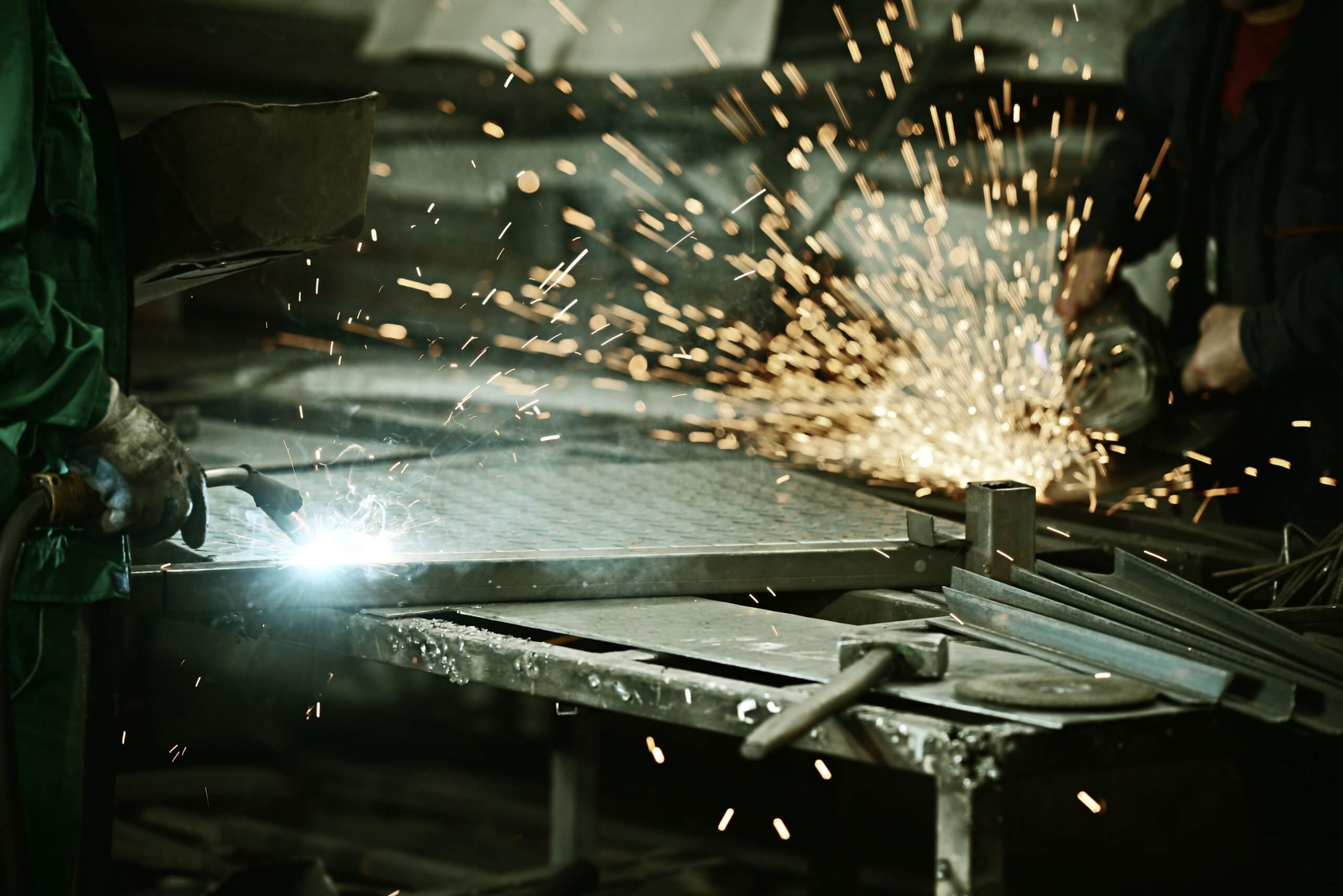 Green steel and the art of decarbonisation
There’s a small revolution brewing up in the steel industry. The need for clean steel is inching its way up with large corporations like JSW in India to Bill Gates-backed startup Boston Metal from Massachusetts in the US working around it. Something as universal as steel, with everything from construction industry to aerospace dependent on […]

There’s a small revolution brewing up in the steel industry. The need for clean steel is inching its way up with large corporations like JSW in India to Bill Gates-backed startup Boston Metal from Massachusetts in the US working around it. Something as universal as steel, with everything from construction industry to aerospace dependent on it, it’s not surprising that this industry accounts for almost 8 percent of carbon emissions across the globe.

According to the World Steel Association, every ton of steel produced in 2018 emitted on average 1.85 tons of carbon dioxide, equating to about 8 percent of global carbon dioxide emissions. So the need for cleaner metal has only been growing. To combat these emissions, industry is working towards adopting green steel as the way forward.

According to a Guardian report, the world’s first customer delivery of “green steel” produced without using coal has been undertaken by the Swedish venture Hybrit where the company maintained it was delivering the steel to truck manufacturer Volvo AB as a trial run before full commercial production in 2026. It aims to replace coking coal, traditionally needed for ore-based steel making, with renewable electricity and hydrogen.

There are reports on how ArcelorMittal is testing ‘electrowinning’, a process in which it passes current through a solution containing particles of iron oxide, so that the iron collects on one electrode while oxygen collects at the other. In fact, ArcelorMittal has set a target of 25 per cent global reduction in CO2 emissions intensity by 2030 at an anticipated cost of $10 billion. In India, Tata Steel has set a target to bring down CO2 emissions to 1.8 tonnes per tonne of steel for 2030, which will be achieved by charging more scrap, using better quality raw materials and other operating initiatives.

“It is also used to produce green hydrogen by splitting water in a device called an electrolyser. This green hydrogen is used to produce iron from iron ore mined from the earth. This iron is subsequently converted into steel using renewable power,” explains Dr Deepak Yadav, Programme Associate, Council on Energy, Environment and Water (CEEW), Delhi.

Since fossil fuels are not used during the production of steel, there are no carbon dioxide (CO2) emissions. Therefore, the steel produced using renewable power and green hydrogen is known as green steel.

In the words of the ‘First Lady of Green Steel’ Prof Veena Sahajwalla the future of dependency on coal for production of steel could well be “eliminated”. Prof Sahjwalla is the Director of the UNSW Sustainable Materials Research and Technology (SMaRT) Centre and the inventor of polymer injection technology for green steel. The materials scientist and a pioneer in introducing the way green steel can be produced through waste recycling believes this is the route to the transition to a decarbonised economy.

The conventional method for producing steel uses century-old blast furnace technology which is primarily based on the use of coal. Primary steel production is more carbon intensive than secondary production as it needs coking coal (also known as metallurgical coal) to reduce iron ore to iron. “These fossil fuels emit CO2 and other greenhouse gases during the steel production process. Therefore, steel produced from fossil fuels is also often referred to as ‘dirty’ steel,” adds Dr Yadav.

To replace these age-old processes, companies are looking at co-injecting natural gas and green hydrogen in blast furnaces. At Boston Metal, the company is using electricity instead of coal to separate iron from the ore. “Also, the electricity is generated using renewables,” says Dawn Kelly, Director of Communications, Boston Metal. The steel produced is based on “molten oxide electrolysis,” in which electricity is run through melted iron oxide, producing steel and oxygen.

The other way of greening steel is by reducing emissions emitted. “Gaseous fuels cannot completely replace the coal used in blast furnaces. Hydrogen can offset only 15-20 per cent of the energy used in blast furnaces. Therefore, industries are now also exploring carbon capture, utilisation and sequestration (CCUS),” says Dr Yadav.  In this process, the CO2  emitted during the steelmaking process is captured and stored beneath the earth’s surface or used to produce various chemicals and fuels like methanol, ethanol and sustainable aviation fuels (SAF). “However, globally there are limited demonstrations on the CCUS route for clean steelmaking,” he adds.

Change is underway. “At JSW, India, today, the emission intensity is around 2.49 tons of CO2 per ton of crude steel and the company is committed to reducing it to 1.95 by 2030. This will amount to a 42 percent reduction from the baseline of 2005. It is aligned with the trajectory of net zero by 2070 as per India’s commitment at COP26,” says a JSW spokesperson. The company has adopted this target based on the Sustainable Development Scenario (SDS) published by International Energy Agency’s (IEA) Iron and Steel Technology Roadmap in 2020.

Prof Sahajwalla explains how the concept of green manufacturing was developed at the SMaRT Centre at UNSW. “The whole idea is to think about materials being produced by using waste and end‐of‐life products as raw materials and the concept of green manufacturing as value-adding. We have shown that the technology of polymer injection into steel making is successful on a commercial scale and that has huge beneficial outcomes for the manufacturing industry as a whole, while at the same time demonstrating the successful translation of research into industry,” she says. They developed the process to make green alloys, using end‐of‐life rubber tyres and waste plastic as an alternative to coking coal. Millions of passenger vehicle tyres have been diverted from landfill in Australia, and the technology has now been commercialised in other countries too including South Korea, Thailand, the UK and Norway.

The biggest challenge around it remains the concern of creating a product with minimal carbon emissions, which in itself, as it stands currently, is a cost-intensive procedure. “The most significant impediment for India to adopt cleaner technology is the high cost of green hydrogen and natural gas. Unlike the developed countries, India does not have access to a large volume of affordable natural gas,” says Dr Yadav.

There are several challenges that exist in the decarbonisation of steel ranging from availability of renewables to the pricing of green hydrogen as extensively elaborated in a research paper by Mckinsey. The economics of producing green steel is the biggest impediment. In the case of India, as per a CEEW analysis, blast furnaces require investments of ₹7000 crores per million tonnes per annum (mtpa) that are recovered over 30-40 years.

At JSW, the roadmap has been identified in five steps. First to identify process and energy efficiency, then work on energy transition by switching to renewable energy and no fossil fuel-based power generation. The next three steps include improved quality of raw material through beneficiation, alternative fuel sources and increase in scrap usage subject to availability in India.

In Australia, according to the National Waste Report 2020 the country’s waste has increased to 74 million tonnes a year and 60 percent is estimated to be recycled. According to Prof Sahajwalla, this waste provides huge opportunity to adopt and create new technologies that can lead to new supply chains for the industry.

“Steel producers should also be encouraged to blend grey hydrogen (derived from natural gas) with green hydrogen and grid electricity with renewable power,” suggests Dr Yadav. According to a CEEW study, by blending 9 per cent green hydrogen, manufacturers could achieve profitability even today and compete with the upper range of blast furnace costs. With a 60 per cent blend of green hydrogen by 2030 and 100 per cent by 2040, steel manufacturing companies could potentially break even with the average and lower range of blast furnace costs.

Currently the steel industry is among the three biggest producers of carbon dioxide emissions.  The ideal would be if we completely eliminate the coke. “If you have a combination of materials, you get a better outcome because you’re able to fine tune and customise green steel and take the kinds of materials that do the best job. This is not a waste, it’s a really useful resource. It’s going to be an interesting shift towards valuing our waste resources and thinking about those inno­vative supply chains where recycling and manufacturing can be coupled together,” says Prof Sahajwalla.

“Steelmakers have to meet the demands of quality requirements. The metal that gets produced doesn’t have any memory of whether the parent material that went in was coal or coffee,” says Prof Sahajwalla.

As better technologies develop and prices of renewables drop, green steel will see more takers. The pace of decarbonisation of the steel industry might be slow but it’s a steady one.