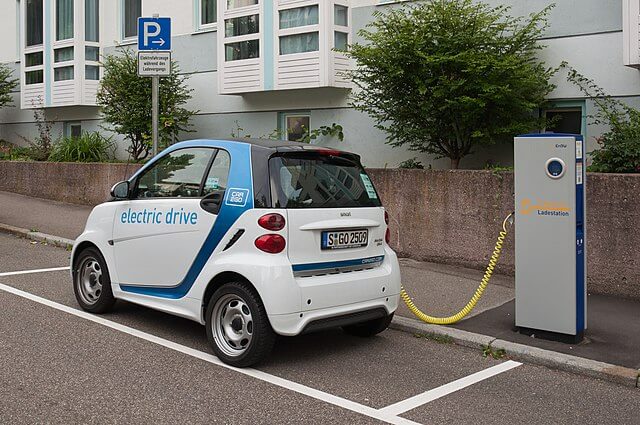 How electric vehicles are transforming transportation
2
India’s National capital has always been the talk of town when it comes to high pollution levels degrading the quality of air, especially in October and November. The Delhi government recently inaugurated its first electric bus from Indraprastha’s Depot, which would cover areas such as Pragati Maidan, ITO, Safdarjung, Arbindo Marg, AIIMS, Ring Road, South […]

Calling it a "beginning of a new era", CM Arvind Kejriwal said, "It's an important measure to control pollution; 300 such E-buses will start till April, the target is 2000. It'll cover a minimum distance of 120km; charging points are being arranged."

The rollout comes after the Delhi cabinet had given a nod to have DTC's (Delhi Transport Corporation) 300 Low-Floor Fully Electric Air Conditioned buses in compliance with the Centre's 'Faster Adoption and Manufacturing of Hybrid and Electric Vehicles in India [FAME] Phase-II' Scheme.

According to Transport Minister Kailash Gahlot, e-buses will be included in batches of nearly 50 every month, and charging stations will be placed in Dwarka sector-8, Dwarka sector 2 depot, Mehrauli terminal, Nehru Place Terminal, Okhla CW-II, Sukhdev Vihar depot and Kalkaji depot. He had vowed the arrival of electric buses by the end of 2021 but couldn't proceed with it reportedly due to lack of infrastructure.

Bus depots will be placed with charging stations for these electric buses; this task will be done in phases. Kejriwal stated that these buses would be charged within a time period of one and one-half an hour, which will enable them to run for a minimum of 120 Km in one charge.

The Delhi government signed a MoU (Memorandum of Understanding) with the Convergence Energy Services Limited (CESL) on January 19, which will be responsible for installation and maintenance related work of electric vehicle charging stations. It would include solar rooftop and Battery Storage systems (BSS) with the installation of charging infrastructure, which will assist renewable energy to power the charging stations, besides reducing carbon footprints.

A Mandate to Boost EVs

The Delhi government on Saturday issued a draft "aggregator's policy" under  the Environment (Protection) Act 1986 where it asked cab aggregators, e-commerce companies and delivery services to mandatorily use electric vehicles while purchasing a new fleet. It stated that 10% of newly-onboarded two-wheelers and 5% of new four-wheelers will have to be EVs, whereas 50% of all new two-wheelers and 25% of all new four-wheelers taken by aggregators and delivery services will have to adopt electric buses by March 31st, 2023.

There will be a 5% interest subsidy on loans for buying electric rickshaws, autos, carts and light goods vehicles, apart from purchase incentive of Rs 30,000 and scrapping incentives of up to Rs 7,500 as listed under the Delhi EV policy.

What does the data say?

2,873 EVs, 3,275 EVs were sold in October, 3,392 in November) electric vehicle sales, which is highest between September and November, 2021, surpassing Diesel and CNG vehicles, claims the Delhi government. It notified its EV policy on August 7, 2020 where a target was set for EVs accounting for 25% of sales by 2024.

Setting up more foreign battery manufacturers and domestic players in the national capital could ramp up battery production for EVs, making reduced costs for buyers. Further, to strengthen the electric mobility at local level, shopping complexes need to come up with initiatives and collaborations so that a large chunk of people get the provision of charging stations there without facing any difficulties.