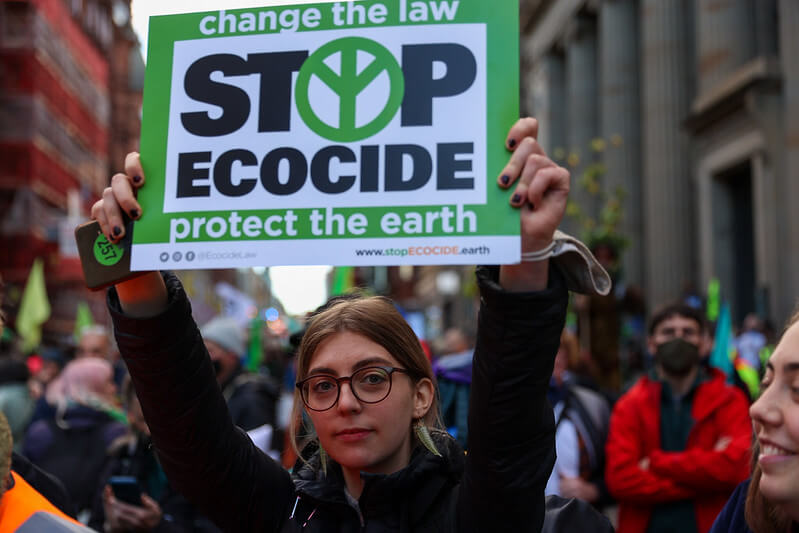 How can your actions save the planet? Let’s measure it now
The UN-backed Race to Resilience campaign – a global partnership of initiatives with the headline goal to build the resilience of 4 billion people to climate shocks by 2030 – has launched its metrics framework, which will allow non-state actors, such as cities, businesses and regions, to measure the human impact of their actions for the […]

The UN-backed Race to Resilience campaign – a global partnership of initiatives with the headline goal to build the resilience of 4 billion people to climate shocks by 2030 – has launched its metrics framework, which will allow non-state actors, such as cities, businesses and regions, to measure the human impact of their actions for the first time.

Produced by the Centre for Climate Resilience and Research at the University of Chile with original research from McKinsey & Company, it is the first tool of its kind to transparently quantify and verify the benefit climate resilience actions can have for people and hectares of natural ecosystems, as informed by a UNFCCC media statement.

New analysis finds that half the world’s population may face climate hazards by 2030, up 43% today, impacting those with least resources twice as much.

Using this new unifying global framework, collective efforts by Race to Resilience Partners which comprises NGOs, cities, and businesses are making an important difference by helping to increase the climate resilience of over 2.3 billion people by 2030 (of the four billion goal), as well as more than 100 natural systems including mangroves, forests and coastal zones.

But with nearly two billion of the most vulnerable people still with little or no protection from climate hazards such as lethal heat waves, floods and droughts, the UN High-Level Climate Champions joined Race to Resilience Partners today in calling for efforts to protect the most climate-vulnerable communities to double in the decade, with a focus on the most exposed, vulnerable, indigenous, populous and large regions of the Global South.

“After a summer of fire and flood and a code red from climate scientists, we must reckon with the scale, immediacy and inequity of the climate crisis right now. We need urgent, innovative breakthroughs on resilience and to address loss and damage.The Race to Resilience set out with a necessary goal of building the resilience of 4 billion people to climate hazards by 2030. The metrics framework and analytics underneath them will ensure we are backing the actions we know can increase resilience and help mobilize more resources toward them. This is just the start though: we need greater ambition and action from all actors to help communities adapt and build resilience to climate change," said Nigel Topping, High Level Climate Action Champion COP26.

It comes as new research published today by McKinsey & Company as part of a knowledge partnership to Race to Resilience assesses the potential impact of climate hazards for people across the globe, finding that:

The Code Red situation has sounded its alarms and it is time to measure the impact of climate change so that we can direct climate action towards saving the planet.