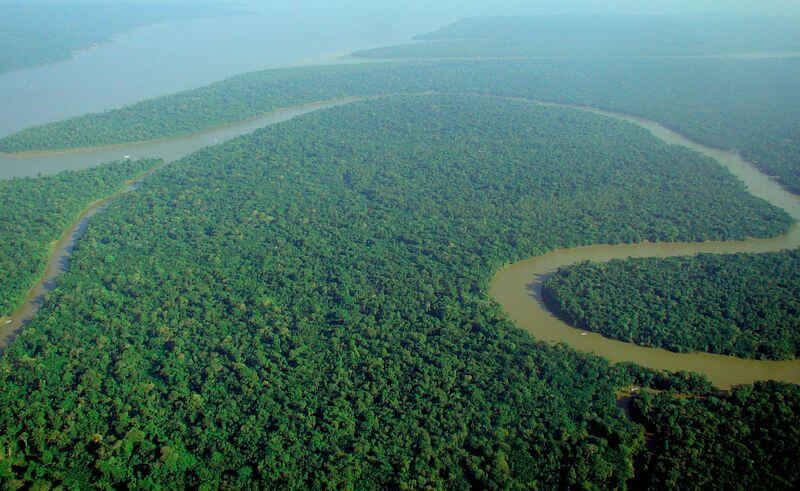 Reversing deforestation isn’t enough to save our rainforests, unless we link the private sector with climate finance
During COP26, more than 100 global leaders pledged to halt and reverse deforestation and land degradation by the end of the decade, underpinned by $19 billion in public and private funds to invest in protecting and restoring forests. While this comes as a welcome step, prior commitments have usually fallen short of meeting targets for […]

During COP26, more than 100 global leaders pledged to halt and reverse deforestation and land degradation by the end of the decade, underpinned by $19 billion in public and private funds to invest in protecting and restoring forests. While this comes as a welcome step, prior commitments have usually fallen short of meeting targets for conserving our rainforests. However Federica Bietta, the managing director of the Coalition for Rainforest Nations which represents 50 countries, said it is far too little money to make significant change.

Federica believes creating a pathway to climate finance can help integrate forests into our policies and climate action. After the pledge, she observed, “We think that this is a great opportunity to bring the nature-based solutions and the forest to the forefront to the world leaders. However, this statement that is coming out of there, it really falls short of the necessary finance that is required to really stop and reverse deforestation. It's the final piece that is really missing at the moment because as the CfRN has been working hard for the past 15 years to secure the right mechanism under the Paris agreement is captured under Article five into the Paris agreement. However, what is really missing at this point is the finance aspect that we need to plan.”

Commenting on the budget allocated to reverse deforestation by 2030 she said that $19 billion was a "drop in the bucket" when it came to meaningfully tackling the issue. In an attempt to drive more conversations in finding sustainable solutions for our rainforests, she said, “About seven billion gigatonnes that have been produced by rainforest countries solve reductions and increase of carbon stocks. In the past 10 years only four percent got paid for. And so, we need to change that.”

The cost of deforestation

“Deforestation is happening really because the economic value of cutting the forest and planting other resources there is higher than keeping the forest standing. So, until we really give an economic value to the forest, they are more valuable standing instead of chopped down, it would be very difficult to stop and reverse deforestation,” Federica said.

Reducing Emissions from Deforestation and Degradation (REDD+) is the only global conservation system to preserve and protect rainforests by making them worth more alive than dead – and is a critical solution for tackling the climate emergency. It is an active mechanism that can enable rainforest nations to obtain economic value for carbon reductions resulting from actions they take to reduce deforestation and preserve their rainforests.

Compensation for clearing forests isn’t enough, Federica said, “And let me be clear, the five-ten dollars that the world is offering for tonnes of carbon for REDD+ is not enough. The opportunity cost, that we have been doing analyses in different countries and the opportunity cost that those countries have is very clear. It's between 27 dollars to 50 dollars. It goes from palm oil, soybean, cattle ranching and those opportunity costs start at those prices. And until we offer five to 10 dollars there is no gain. Rainforests will not be saved.”

“Actually it's very hard to cut down rainforests. So you do that just as a necessity. But if we pay the right price, we can really give the chance to the forest, but also to save humanity. The FECC has been very clear, we cannot reach an increase of 1.5 degrees in temperature without the natural solution and without immediate stop and reverse deforestation,” Federica observed.

What the expectation of people working through COP26 goes beyond the ambit of this declaration by 100 countries. Their aim is to find a route through working on Article 6 and give a clear sign to the private sector.

“Private sector wants to engage. There are a lot of claims around climate neutrality, banking, asset management, they want to be part of that, but they need clear guidance on how to engage with the process,” said Federica on engaging with the private sector to be able to translate their intentions into tangible climate action.

Focusing on one agenda, she reiterated the need of convening at a forum like COP26 in the first place, “At the end of the day, we really have one world. We have one global agreement which is the Paris agreement, we have one goal to avoid an increase of temperature above 1.5 and we have one carbon accounting. We are way past working on small, little projects, we really need to incentivise the sustainable development of rainforest countries. Because it is possible.”

Federica’s solution is simple - if developing countries have to pay in terms of loss in forest cover and still they can manage to bring forests in their climate agenda, there is no stopping developed nations from following suit.

The answer for our shrinking rainforest cover is simple - develop the capital with sustainability of natural resources. If there is the positive incentive and the right finance from countries and the private sector, only then there is hope for our forests.

This piece includes excerpts from an interview with Federica Bietta for the series Project 1.5 for LetMeBreathe.in