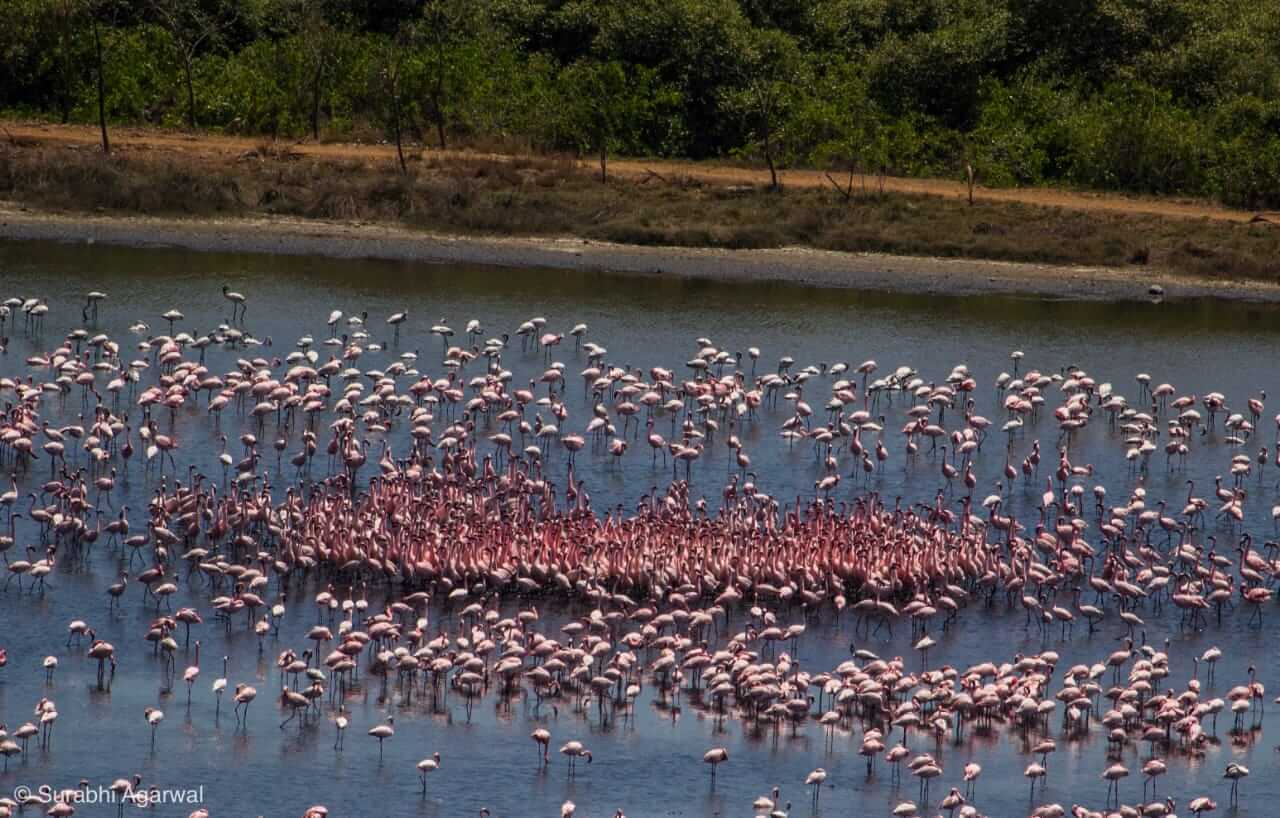 What it takes to save Mumbai’s flamingoes and wetlands

We live in Seawoods, Navi Mumbai and in April 2016, we saw some laborers cutting mangroves in the lake area under the supervision of a contractor. We videographed them and when we asked them if they had permission – in response to which they simply ran away. We complained to the Mangrove Committee and this […]

We live in Seawoods, Navi Mumbai and in April 2016, we saw some laborers cutting mangroves in the lake area under the supervision of a contractor. We videographed them and when we asked them if they had permission – in response to which they simply ran away. We complained to the Mangrove Committee and this was a turning point for us that led us to start Save Navi Mumbai Environment to spread awareness.

In October 2017, we witnessed a builder with huge machines cutting trees, mangroves and dumping waste in these wetlands. We filed an FIR with the local police for cutting of 55 trees and the Wetlands Committee stopped the work.

Most unfortunate part is the attitude of CIDCO towards wetlands and other waterbodies. During the course of our court battle we came to know that all problems started because to enable a private builder in getting approval from MCZMA for construction of residential towers and golf course project on these wetlands the Cidco’s MD gave a letter in January 2017 saying that there are no Wetlands in these area.

We used the platform provided to us by TedX to amplify our message. We organized ‘Run for Flamingos’ on World Wetland Day 2019 and 2020. Keeping up with the “new normal”, we did a virtual run on World Migratory Bird Day on 10th October 2020.

Our biggest challenge is lack of awareness in citizens about the importance of these wetlands, mangroves and biodiversity at large. The other challenge is the attitude of the local planning authority, CIDCO, which blatantly denies the existence of any wetlands in Navi Mumbai in violation of Bombay High Court & Supreme Court orders.

Although the matter is pending before the Supreme Court, the builder resumed cutting trees in the same area in January 2020 and managed to cut more than 700 trees.

After our persistent efforts, the state environment minister pledged to protect these wetlands and declare this area as a flamingo reserve. If every citizen becomes vigilant towards the environment in their area, we will be able to protect it from destruction.

Declaration of Aarey as the forest is another such endeavor displaying the power of citizens’ voice. Citizens can take part by documenting the biodiversity by using the Ebird app or any such app. They should also be alert to any destruction of natural resources in their surrounding areas.