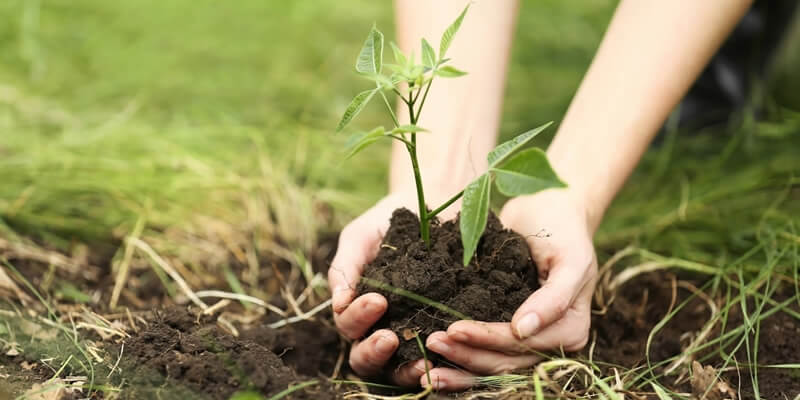 Over 870,000 trees planted in Maharashtra to expand and protect tiger habitat
As the ongoing pandemic rages across India’s cities and villages, an ecological crisis persists to threaten the country’s wildlife habitats and forests. Rampant afforestation, shrinking animal corridors,  incessant forest fires, endangered wildlife, and a depleting green cover are all signs of the dysfunctional relationship between human beings and the environment. To remind us of what we […]

As the ongoing pandemic rages across India's cities and villages, an ecological crisis persists to threaten the country's wildlife habitats and forests. Rampant afforestation, shrinking animal corridors,  incessant forest fires, endangered wildlife, and a depleting green cover are all signs of the dysfunctional relationship between human beings and the environment.

To remind us of what we are losing out on in the name of progress, the third Friday of May is celebrated as  'Endangered Species Day' throughout the world, every year. But for Grow-Trees.com, every day is about taking a step towards a greener, healthier ecology where all species can coexist safely and thrive.

Since its inception in 2010, Grow-Trees.com has engaged with individuals, local communities, and corporations to plant millions of trees. Though the organisation has planted over 8.5 million trees so far, the pandemic came as a push to expand their projects manifold. About 2.6 million+ trees were planted in 2020 alone, with an aim to plant 7 million trees in 2021.

Environment expert Supriya Patil says, one of the most satisfying projects  Grow-Trees.com  has worked on is the plantation of 235,000 trees on the buffer zone of Pench Tiger Reserve in Ramtek, Maharashtra. Over 640,000 trees have also been planted alongside the Kanha-Pench corridor. Supriya says, “It is our collective responsibility to save and protect the natural habitats of tigers and other wildlife so that they can feel safe. These trees that have been planted aim to reduce animal and human confrontations, raise the water table, add to the eco-diversity and promote nature-based tourism.”

It is, however, not enough to plant trees randomly because every region has its own geographical particularity. Explains Supriya, “Here, we have planted only local species like drumsticks, custard apple, neem, amla, shisham, jamun, etc.

Saplings are selected by us in keeping with ecological conditions and the success ratio of local species.  In this area, planting trees was critical because tigers are a conservation-dependent species and in a scenario where they cannot easily access prey or move around safely, they will not be able to thrive. For instance, a safe forest corridor is critical for the facilitation of tiger dispersal between Kanha and Pench Tiger Reserves and without such a linkage, isolated tiger populations face the risk of extinction."

Tree plantation drives can help counter the damage such activities inflict,  help restore tiger corridors, while also involving local communities in tiger conservation efforts. She also believes that synergising with forest officials and continuous monitoring of the tiger population are necessary to make sure that the tiger population does not reduce.

Supriya concludes, “Community engagement and eco-sensitivity is necessary during plantation drives. This project, for instance, has been carried out on public lands, wherein the community will be able to utilise the fruits, tendu leaves, twigs, and fodder. The beneficiaries are mostly women, who say the project has empowered them as well as provided them with the option to work in the vicinity of their homes.

The project will also discourage the villagers from participating in illegal activities, like poaching, by providing them with a steady source of income from the forest produce. It will deter wild animals such as wild boars, leopards and other wild cats from straying into human settlements and destroying personal property and croplands. When fully mature, each tree will absorb approximately 20 kgs of CO2 annually, contributing to carbon sequestration. So basically, it is a win-win situation for humans and these magnificent animals.”