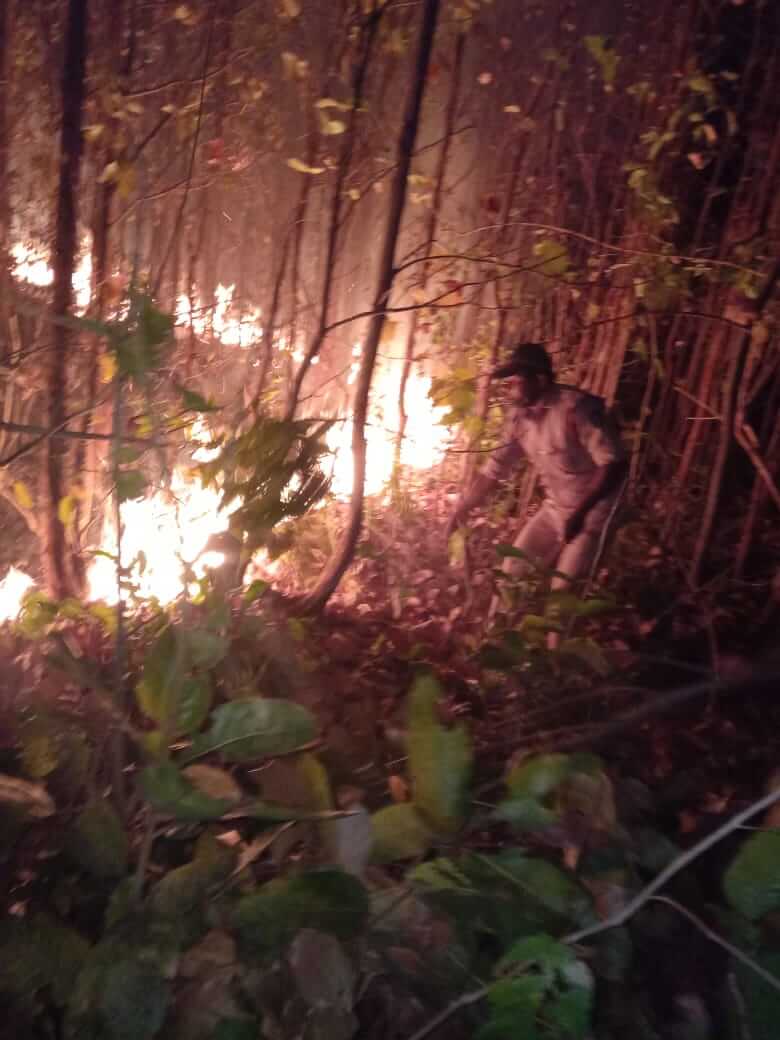 For more than two weeks, fires were raging in Odisha's Similipal forest area. The state government on March 8th claimed that the fire was almost under control and more staff have been deployed to extinguish it.

Similipal is included by UNESCO in its list of critical biosphere reserves of the world. It covers an area of 5569 sq km and contributes 38% of the total protected area network in Odisha. It is also one of the oldest tiger reserves in the country.

It is home to unique melanistic tigers, rare and endemic orchids, 1,352 species of plants, 55 species of mammals, 361 species of birds, 62 species of reptiles and 21 species of amphibians. The biosphere also has the largest zone of Sal trees in the entire country.

What is happening there?

A massive wildfire at the Similipal National Park in Odisha, was raging for around two weeks. The authorities said that no loss of life or injury to wildlife, villagers or public property has been reported so far.

Fires were recorded in over 23,000 points across Odisha during the last week, according to new data released by the government March 8, 2021.

The Fire Alerts System managed by the Forest Survey of India tracks large fire events across India on a real-time basis using the data of SNPP-VIIRS (Suomi-National Polar-orbiting-Visible Infrared Imaging Radiometer Suite). It had recorded 686 active large fire incidents and 23,185 fire points within a week in Odisha’s forests as of March 8.

The state government has claimed that the fire is almost under control and more staff have been deployed to extinguish it.

“The forest fire in Similipal is now almost contained. The core area with precious wildlife has not been impacted much, with fire mostly confined to the peripheral areas of the Similipal Tiger Reserve," said Sandeep Tripathy, former PCCF of Odisha and head of the task force entrusted to suggest ways for containing the rising forest fires in the state, to media.

The disaster rapid action force has also joined the fire-fighting act at Similipal National Park as per reports.

Fifty personnel of Odisha Disaster Rapid Action Force (ODRAF), divided into four teams, fanned out to both Similipal North and South divisions to tackle the wildfire and keep a tab on poachers. Besides, 20 teams of fire personnel are also deployed in both the divisions, Regional Chief Conservator of Forest (RCCF), Baripada Yogajayanand said.

Reasons behind the fire

While the government is yet to ascertain the cause of the blaze, local people said that forest fire is an annual phenomenon in Similipal but the intensity is high this year, reported PTI.

“The fire is man-made. It is lit by people using dry leaves for collecting forest produces like sal seeds, mahua flowers and firewood, besides smuggling timbers and poaching,” a local volunteer claimed.

Also, with the onset of summers and towards the end of autumn, the forest area remains vulnerable to forest fires. Natural causes such as lighting or even soaring temperatures can also sometimes result in these fires.

The Odisha government has constituted a task force to review forest fires in the state and suggest containment measures, IANS reported. The task force will suggest measures to further strengthen the mechanism for fire containment in forests.