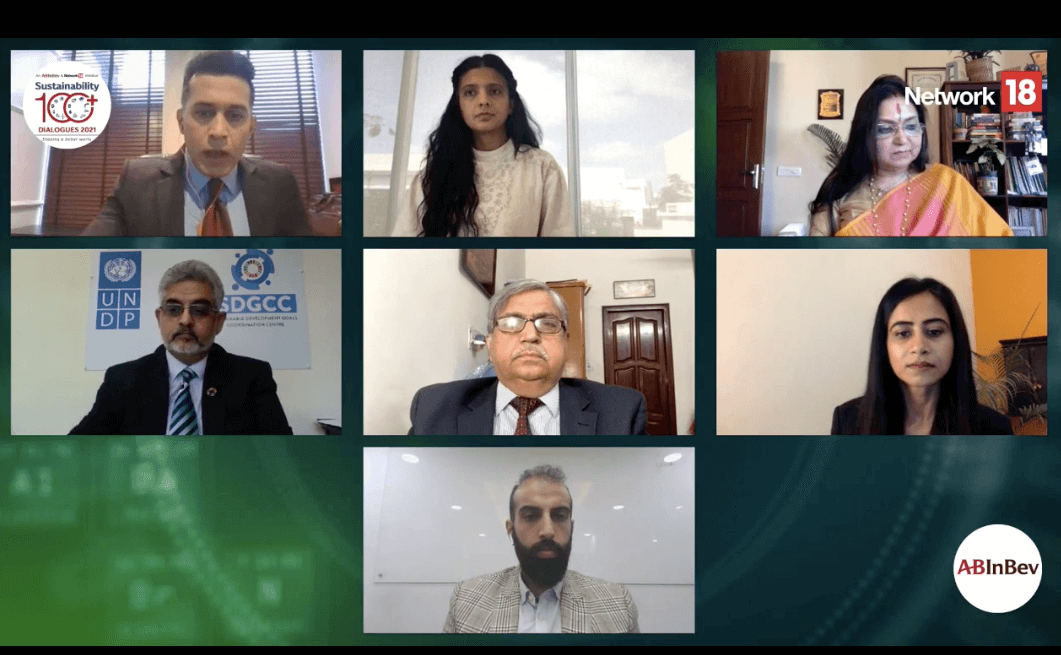 Haryana is one of the leading states when it comes to the agricultural or industrial sectors in India. It has also been one of the states working towards sustainable agriculture.

To further discuss the need for sustainable agriculture in India, especially in Haryana, ‘The Sustainability 100+ Dialogues 2021’ was organized by Network 18.

It is aimed at collaborating with different stakeholders and policymakers to deliberate on fresh perspectives, disruptive approaches, and enduring innovations that are needed to make the agriculture sector more sustainable, to change the future of sustainability in India and especially in Haryana.

The Haryana government had released its ‘vision document 2030’ in 2017 where indicators have been mainly divided into three categories namely economic, environmental and social.

The environmental indicators included waste and garbage collection and arrangement of 100 per cent toilets and sewerage, 20 e-waste and solid waste management plant, renewable energy of 14.5 per cent of the total energy, complete ban on stubble burning, establishment of 400 climate smart villages and to check the depletion of water table.

Talking about the SDG India Index, Amitabh Kant, CEO of Niti Aayog said, “This dashboard is India’s first government-led measure of the status and progress on SDGs at a sub-national level. This measures the progress of all states individually to achieve the SDGs in 2018 and since then it’s been an annual affair. It has also put India to achieve all the SDG goals.”

Talking about how the SDG coordination centre has helped, Akanksha Sharma, Global Head (Sustainability, Social Impact) at Sterlite Technologies said, “it’s very interesting to see that after the SDG coordination centre has been established, some really progressive work has happened. The number of old-age beneficiaries to receive institutional care has increased by 20%. Further, clean water has increased to 94% in 2019. So, the state has been performing phenomenally well.”

Dalmia Cement has been broadcasted by BBC World in their “Climate Defenders” series in the recognition of no. 1 rank globally by CDP on low carbon economy transition and commitment to a carbon negative cement operations by 2040.

“We take in becoming sustainable over the years. The philosophy that our group has is to be clean and green is both profitable and sustainable.’ So, we have created a vision of becoming carbon negative by 2040 with a focus on energy conversation, clean power generation, enhancing the use of renewable energy, etc,” he said.

Policies are an integral part for meeting the SDG goals. In regards to Haryana, Madhu Verma, Chief Economist of World Resource Institute, India said, “Haryana provides so much to the country in terms of agricultural produce. Rebuilding programs have also been introduced for the farmers. There is an initiative by Niti Aayog that bring together agriculture and ecology. So, when you introduce such great things, there is not only more yield but benefit to the environment as well.”