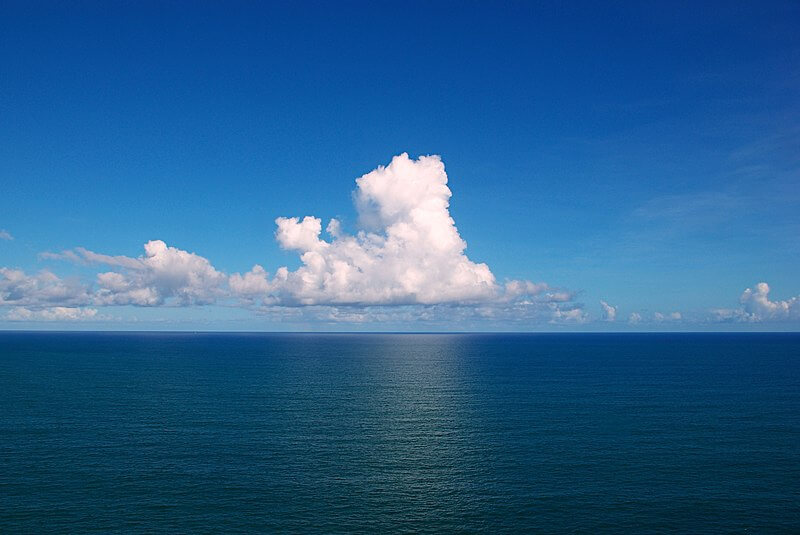 6 Reasons why caring about oceans is crucial
Even if you don’t care about marine life being disrupted due to ocean pollution and climate change heating up the oceans, there are far bigger ways why you should care about the oceans.

Produce 50% of the Earth’s Oxygen

Oceans produce more oxygen than rain forests on earth. But how? The answer is- the Marine organisms. Of the different types of marine life providing oxygen, the dominant class is phytoplankton. It is a microscopic plant, a component of the plankton, which spends its life being carried by oceanic currents. These little organisms act in the same way as tree leaves do on land. Phytoplankton absorbs carbon dioxide and releases oxygen.

They are one of the tiniest beings on the planet, but one of the most important to have around, keeping us alive.

Some scientists suggest that the phytoplankton in the oceans have reduced in abundance globally by 40% since 1950, or a decline of about 1% per year. These declines were negatively correlated with rising sea surface temperatures and changing oceanographic conditions have led to this decline.

The carbon dioxide released by vehicles, factories, and every other thing, if remains in the atmosphere, traps the heat by sunlight. That is why increasing carbon emissions are leading to an increase in global temperatures.

More than 90% of the energy trapped by greenhouse gases goes into the oceans. It absorbs about one-quarter of the CO2 that we humans create when we burn fossil fuels (oil, coal, and natural gas.) The carbon dioxide either dissolves on the surface of the water, or it sinks down and builds up at the bottom of the sea.

While this stops a huge amount of carbon polluting our air, it comes at a huge cost to our sea life, increasing the rate of Ocean Acidification. It is the disruption of the chemical balance of the ocean, which happens when large amounts of carbon dioxide enter the water and cause a spike in acidity levels. This is happening faster than it has in the last 65 million years. It is hugely disturbing the marine ecosystem and the food chain.

Covering 70 percent of the Earth’s surface, the oceans regulate our climate and weather patterns through Ocean currents and winds. It soaks up the heat and transports warm water from the equator to the poles, and cold water from the poles to the tropics. Oceans hold 97% of our planet’s water, regulating the rainfall and droughts too.

Without these currents, the weather would be extreme in some regions, and fewer places would be habitable. If the ocean’s temperature continues to rise, the WWF predicts that we could see more extreme weather events, changing currents, rising sea levels and temperatures, more hurricanes, storms, and the melting of ice sheets.

By 2030, ocean-based industries will employ more than 40 million people worldwide, an OECD report estimates. The biggest share of those jobs is likely to be in the fisheries sector, followed by tourism.

With more than 60% of the world’s population living on the coastline, we all depend on a healthy sea just as much as these beautiful creatures. The ocean economy is of particular importance in developing countries, which are home to 3 billion people, most of who rely on the sea for their livelihoods directly or indirectly.

It is extremely important for us to take climate change seriously, not just for the employment of these many people, but also about their very existence. Rising sea levels will cause massive displacement of people looking for safer lands to live on.

Okay, you like it or not. But I love fishes…and corals…and turtles…and all those colorful creatures underwater. I don’t want any of it to die ever.

The ocean is the planet’s life force, housing the Earth’s largest ecosystem and home to countless species of marine wildlife. According to the US National Library of Medicine’s National Institutes of Health, “91% of species in the ocean still await description.”.

All the creatures that live in the Ocean play an essential role in the trophic chain of the ecosystems. Due to climate change, not all species may be able to adapt to these rapid changes in their ecosystem. Plastic pollution building up in our oceans and overfishing is devastating species’ biodiversity, this vast ecosystem is at risk of extinction.

It is becoming challenging to meet the food requirements of our ever-increasing population. Seafood is hence a staple for millions on people all around the world. It accounts for almost 16% of all animal protein consumed globally. But our dependency not just includes the fishes and animals but also a range of algae and sea plants.

According to research, oceans, if properly managed and maintained, could form an important part of a more sustainable approach to feeding the planet’s growing human population.

But as we read, increasing temperatures, acidification and pollution are ruining the oceans. Plastic is invading into the human food chain as well which is highly alarming.

The main culprits of this destruction are fossil fuels (causing climate change) and plastic.