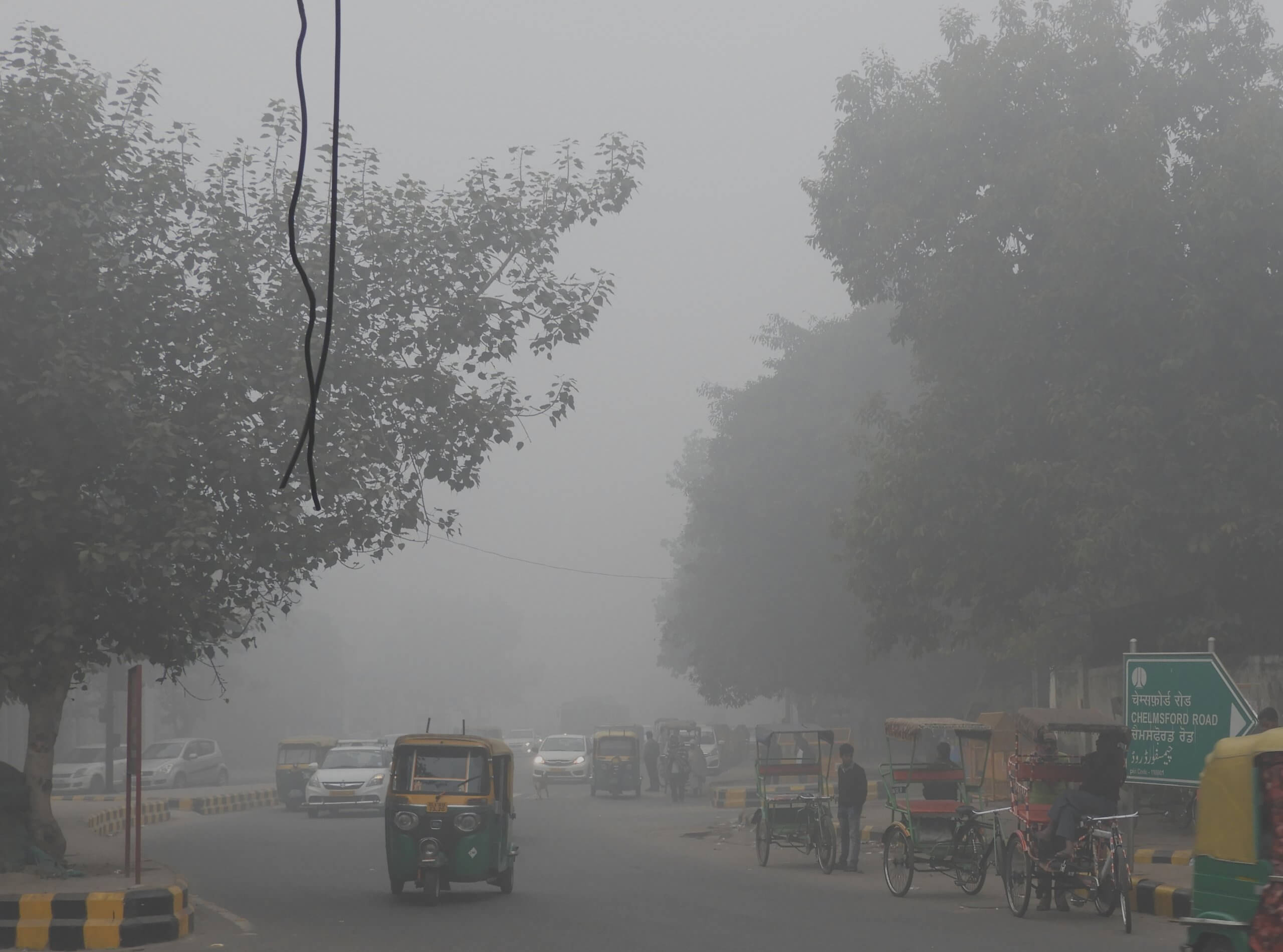 Winter is at the peak, so is the pollution
Air pollution is a global concern. In recent years, India has been the centre of attention, when it comes to the deteriorating air quality in winter. As winter arrives every year the air quality deteriorates. Not just Delhi, but almost all the cities start choking as a result of smog. Winter in north India is […]

Air pollution is a global concern. In recent years, India has been the centre of attention, when it comes to the deteriorating air quality in winter. As winter arrives every year the air quality deteriorates. Not just Delhi, but almost all the cities start choking as a result of smog.

Winter in north India is on the peak and social media is already buzzing with pictures of, polluted cities, crop residue burning in northern Indian states. Over the last few years, the national capital and adjoining regions have consistently faced severe levels of air pollution during the winter season.

Ever notice how car exhaust is much more visible in the cold winter months? The level of pollution emitted from things like cars and factories remains somewhat constant throughout the year.

During summer, the lowest layer of the atmosphere is warmer and lighter as compared to winter, which makes it easy for air to rise upwards. As a result, the pollutants are carried away from the ground. However, during winter, the air near the atmosphere of the earth is dense and cooler.

The warm air traps the cool air and forms a kind of atmospheric lid, which is known as inversion. The vertical mixing of air happens within this layer, as a result of which the pollutants disperse back in the atmosphere. The effects of inversion are strong at night for which the air quality deteriorates at night. This is the reason why experts advise you to avoid going for morning walks or exercise in the morning as the pollution levels are high.

The wind direction changes during this time and the dip in temperatures is also behind the increased pollution levels. As temperature dips, the inversion height — which is the layer beyond which pollutants cannot disperse into the upper layer of the atmosphere – is lowered. The concentration of pollutants in the air increases when this happens.

Also, high-speed winds are very effective at dispersing pollutants, but winters bring a dip in wind speed overall as compared to summers. The combination of these meteorological factors makes the region prone to pollution. When factors such as farm fires and dust storms are added to the already high base pollution levels in the city, air quality dips further.

Vehicular pollution is the second biggest cause of pollution in winters. According to the IIT Kanpur study, 20 % of PM 2.5 in winters comes from vehicular pollution. The governments have taken several steps to address pollution from vehicles. The introduction of BS VI (cleaner) fuel, push for electric vehicles, Odd-Even as an emergency measure.

These majors are only beneficial when we bring changes at our personal level and adapt to healthier and better alternatives.

Social media is buzzing with concern of people, but its only effective if you can be the change to bring the change.