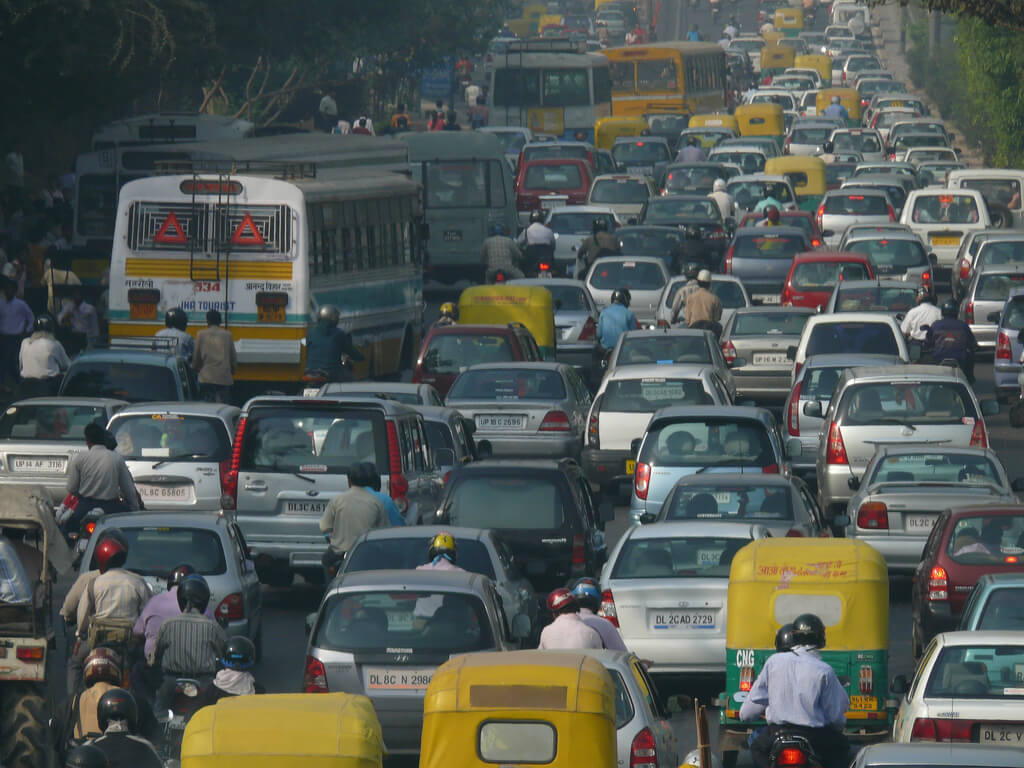 ‘Vehicular pollution is a major cause of air pollution-we can’t ignore it’
Pollution is a process of making the environment dirty, unhealthy, and unsuitable for humans and animals. It contains hazardous contaminated elements, which can affect our health badly. Cutting trees is causing land pollution and trees are the only natural source that can absorb pollutants. The Industrial discharged waste dumped into the rivers, which pollutes the river and […]

Pollution is a process of making the environment dirty, unhealthy, and unsuitable for humans and animals. It contains hazardous contaminated elements, which can affect our health badly. Cutting trees is causing land pollution and trees are the only natural source that can absorb pollutants.

The Industrial discharged waste dumped into the rivers, which pollutes the river and the people drinking water from it, which can give birth to diseases like jaundice, typhoid, cholera, etc. We are thinking of world peace by making our environment an unsuitable place for all of us.

In 2015, there was a time when taking a breath for one minute in Delhi was equal to smoking 16 cigarettes, scientist studies called Delhi the most polluted city in the world. That’s how we pay to our mother earth by polluting it. Throwing plastic infertile the soil and infect trees. More than 100,000 sea creatures are killed due to water pollution. Over 200 million people are affected due to toxic pollutants.

Due to pollution, there are few countries that have faced defected childbirth like India, one-fourth of children in India are birth defected. Due to these pollution problems, India is one of the most polluted countries in the world. Many people have lost their loved ones due to this problem of pollution.

Pollution is gaining and gaining due to the growth of population, River Yamuna is highly polluted and there is no fish left in it. The dust of roads and construction sites also pollutes the air. The horns of vehicles, construction machinery sounds cause noise pollution, which disturbs our mental senses, through which many mental issues are rising in some children.

Vehicular emissions are a major source of air pollution producing significant amounts of nitrogen oxides, carbon monoxide, and other pollution.

Traffic: In most urban cities, the number of motor vehicles is high and as such, there is a congestion of traffic. When these many vehicles congest a singular area, the emissions per kilometer go up, contributing to vehicular pollution.

Vehicle Population: Most of the cities in India have a huge number of vehicles. For example, in 2018, the registered number of motor vehicles in Delhi, India, amounted to over 11.2 million. This was an increase of approximately 27 percent since 2015. The increase in the number of vehicles on the streets of Delhi played a major role in establishing it as one of the most polluted cities in the world.

But are there any solutions? We as citizens can always contribute towards getting our air clean. Carpooling to work, cycling more, planting trees are some ways we can reduce vehicular pollution. Spread awareness through messages and programs to control pollution is also very important.

If we don’t follow these solutions in our day to day life, then that will the day come soon when we have to find a new Planet for all of us!