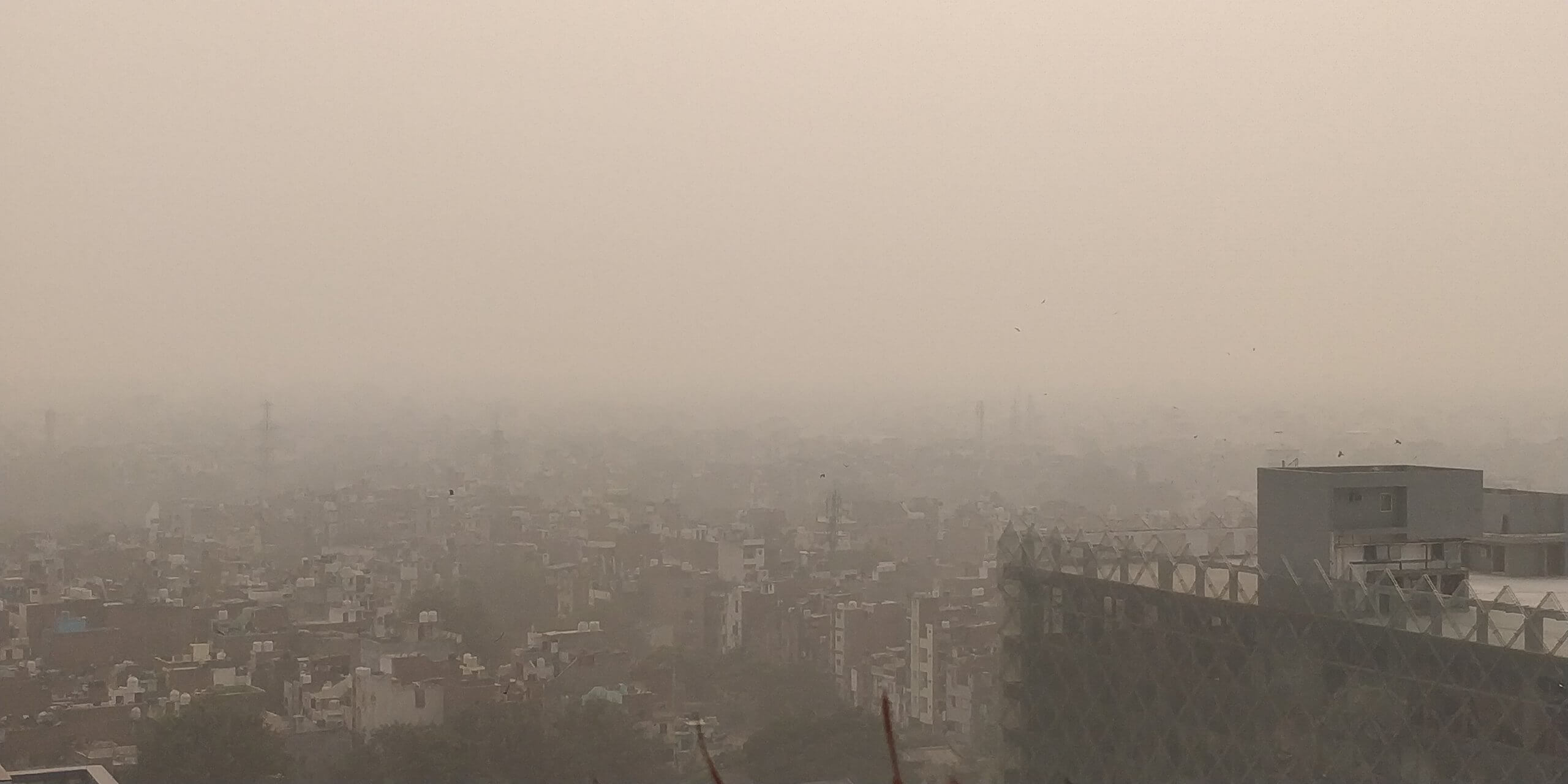 Delhi’s abysmal air before Diwali
Diwali is almost here and air quality in Delhi has remained ‘severe’ for the seventh consecutive day. On the morning of 11th November, AQI levels touched an unprecedented 724 – conditions which make it extremely dangerous for our health.  According to Air Quality standards, PM 2.5 concentration should be less than 60 micrograms per cubic […]

Diwali is almost here and air quality in Delhi has remained ‘severe’ for the seventh consecutive day. On the morning of 11th November, AQI levels touched an unprecedented 724 - conditions which make it extremely dangerous for our health.

According to Air Quality standards, PM 2.5 concentration should be less than 60 micrograms per cubic metre of air at any given point in time. As compared to 60, Delhi’s PM 2.5 concentration was at 527 - nearly 9 times beyond the acceptable value. To put this into perspective, an intake of every 22 micrograms per cubic metre of polluted air is equivalent to smoking a cigarette. This means that for a person spending their day outdoors, they’re smoking 23 cigarettes!

The air is filthy - that’s certainly one of the things Donald Trump was right about. On Monday, the National Green Tribunal imposed a blanket ban on the sale of firecrackers in Delhi, as well as in those cities and towns where the AQI exceeds 200. In areas where the AQI falls below 200, the sale of green firecrackers would be permissible but only for a two-hour window on festivals.

Anyone caught bursting or selling firecrackers in Delhi could be fined up to Rs. 1 lakh rupees under the Air Act. Unfortunately, In spite of this, during this week leading up to Diwali, one has been able to hear and see firecrackers bursting. Governmental and enviro-scientific institutions have been encouraging the use of ‘green crackers’. These are less dangerous and less harmful to the atmosphere, emitting 30-40% lesser pollutants than regular crackers. While these, too, are avoidable, those who feel their Diwali is incomplete without firecrackers are now legally required to resort to green firecrackers.

While stubble burning gets all the blame, a significant cause of air pollution around this time of the year are vehicular emissions, unfavourable wind patterns and festival-related firecrackers as well. The fact that Delhi is surrounded by 11 thermal power plants most of which have repeatedly missed deadlines to conform to environmental standards does not help either.

As citizens who need #cleanaireverday we need to do our bit too, rather than always blame the Governments. The way forward lies in switching to electronic vehicles, using public transport, walking or cycling whenever possible and following the Delhi Government’s campaign of “traffic light on toh gaari off”. In a world increasingly shifting to virtual workplaces, it’s easy to implement measures such as using the car one day lesser every week. Here’s to hoping for a clean, green and safe diwali.