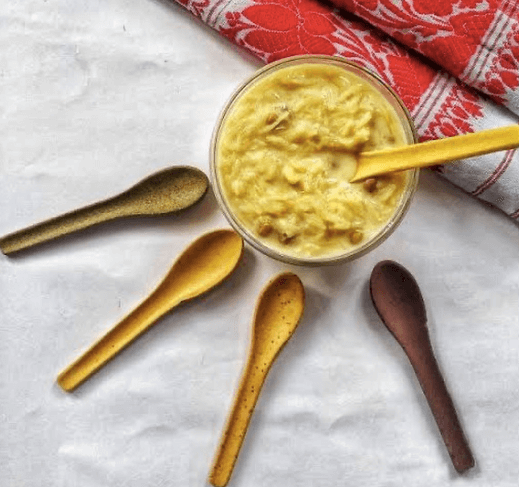 What is plastic cutlery doing to our planet?
5
The global campaign to gain control of plastic waste is one of the fastest-growing environmental causes ever mounted. Yet it hasn’t been enough to make a dent in the growing tonnage of discarded plastic that ends up in the seas. In the next 10 years, the waste that slides into waterways, and ultimately the oceans, […]

The global campaign to gain control of plastic waste is one of the fastest-growing environmental causes ever mounted. Yet it hasn’t been enough to make a dent in the growing tonnage of discarded plastic that ends up in the seas.

In the next 10 years, the waste that slides into waterways, and ultimately the oceans, will reach 22 million tons and possibly as much as 58 million tons a year. And that’s the “good” news—because that estimate takes into account thousands of ambitious commitments by government and industry to reduce plastic pollution.

Without those pledges, a business-as-usual scenario would be almost twice as bad. With no improvements to managing waste beyond what’s already in place today, 99 million tons of uncontrolled plastic waste would end up in the environment by 2030. More than 1.3 billion tons of plastic waste will flow into the world's oceans and land over the next two decades without widespread intervention, according to a new report.

Most aggregate plastic is used only once and then thrown away, with the biggest source of pollution coming from municipal waste from households.
The rise in single-use plastic has become more problematic during the coronavirus pandemic, which has also disrupted global waste management systems and caused significant cuts in plastic prices. Single-use plastic cutlery has especially become easily disposable leading to plastic pollution and environmental degradation. A most common example of plastic cutlery that is readily disposed of include spoons, straws, forks, plastic cups, and plastic plates.

1.Pollution of Waterways: Fast joints offer fast foods in plastics which are easy to dispose of. Plastic food dishes, straws, forks, and spoons are packaged together with this food to enable the consumer to eat then later dispose of the unwanted. More than half of the plastic used is thrown away without being considered for recycling or being put to other uses.

2. Endangers wildlife: Plastic cutlery is used almost everywhere and anywhere, be it at the office or in outdoor meetings. Outdoor activities such as camping or visiting national parks for recreational purposes mean that food has to be homemade and packaged to avoid excessive costs for the trip which causes endanger to wildlife.

3. High carbon footprint: Plastic cutlery has a lot of impacts even before it gets to the market. This is because there is a lot of energy and carbon that are emitted during their production leading to the addition of heat and carbon to the atmosphere. This carbon, in the form of carbon dioxide, combines with other greenhouse gases such as methane and ends up causing devastating climatic changes.

4. Extinction of marine species: The presence of plastic cutlery on large water bodies means that there is a cause of suffocation for marine life. Various species in marine waters depend on the circulation of air that comes from the atmosphere and diffuses into the water. Plastic pollution ends up covering the water surface leading to the impermeability of air to the water masses.

5. Degradation of the environment: Most of the chemicals released during the production of plastics such as vinyl chloride and benzene are carcinogenic and neurotoxic. The use of plastic cutlery also leads to massive disposal of plastics leading to the filling of landfills. Without clear directives on how to discard plastic cutlery after use, they can be found spread all over the streets thus dirtying the environment.

6. Air pollution: At times, some people resort to burning the cutlery plastic waste, which ends up releasing lots of toxins into the atmosphere. These toxins mix with the same air that living organisms, both plants, and animals, take up. The take up of this contaminated air over a long period of time may lead to a myriad of respiratory diseases for humans, especially those that can be cancerous.

7. “Plastic menace”: Plastic is slowly covering the surface of the earth. Plastics are being deposited almost everywhere on land creating a global “plastic menace.” Even farming lands are riddled with plastics that were discarded 300 years ago. Waterways are also covered by plastics.
Cases have been reported and pictures are taken where plastics float on water over a vast area to an extent that one cannot even know whether there is water or land below those plastics.

8. Harmful to the health of humans: Risks of developing kidney stones, breast and liver cancers, reduced sperm count, and hormonal imbalances in humans are from the plastic cutleries used on a daily basis. Eating hot meals with plastic cutlery could increase risks of these health conditions for both adults and children because when plastics are exposed to high temperatures or heat

The SWITCH? EDIBLE CUTLERY!!But Can Edible cutlery replace plastic?It does sound like an entertaining idea, right? You never have to worry about things like junk disposal and waste recycling if you can simply eat whatever you are about to recycle. Edible spoons have been around for a while and they do work most of the time. They are supposed to be the solution to the waste disposal problem of unrecyclable plastic materials.

Yes, in case you did not heard, disposable cutlery is made of polystyrene, which is only partially recyclable and its rubbish disposal actually does more harm than good.

So what do edible cutlery have to bring to the picture? Let’s see how!

1.No need to dispose off it. No more rubbish disposal of plastic cutlery! You just eat it. It is an excellent alternative that also provides more delicious flavour and substance to your usual takeaway meal.

2. Light and easy to use. Just like the plastic ones, you can carry them easily, they are compact and will not take neither effort nor space before using them. And they will be non-existent after using them.

3. A variety of flavoursSpoons, forks, and sporks out of rice, wheat, and even chocolate. More flavours are sure to come and they will be a much better option than a non-edible product that ultimately result in pollution.

4.Could replace bread products. Remember breadsticks? Who doesn’t like breadsticks! Well, an edible spoon made of wheat, jowar, bajra,millets basically replaces those and it provides a much more practical and healthier version with a variety of flavours like chocolate, vanilla, peri peri and chaat masala to choose from.

5. Works with most foods. Edible utensils could work with quite a lot of foods – soups, spaghetti, rice meals, coffee, finger-dishes, desserts, ice creams and list goes on.

Think Earth: In the current scenario of a covid healthy lifestyle is a necessity, and social distancing has caused people to take the utmost care while socializing gradually. Restaurants and traveling are resuming slowly but again the fear of infection still exists. To keep hygiene and sanitation in place, most eateries are opting for disposable cutlery. We think the easiest and cheapest cutlery is the plastic, but most are unaware of the price we are paying for this plastic dump in long run.

It not only damages the environment but also causes major hazard to one's health!! So to overcome these challenges, we at Think Earth have come with a perfect solution of Edible Cutlery!

It is disposable,eatable, bio- degradable with zero waste and if that's not enough it also has added health benefits of multigrains combined with delicious flavours to choose from!! We're simply trying to make a small switch which eventually will make a big difference in our lives.Think Earth is a company that deals in edible cutlery such as spoons. With its vision of making a small switch to create big difference.

The spoons are made of nutrients like millet, rice, or wheat that provide additional health benefits.Once it has served its purpose, it can either be eaten or fed to animals. Besides, there is no health implication caused by this kind of cutlery and with more advances, it promises to reduce both plastic waste and plastic pollution.