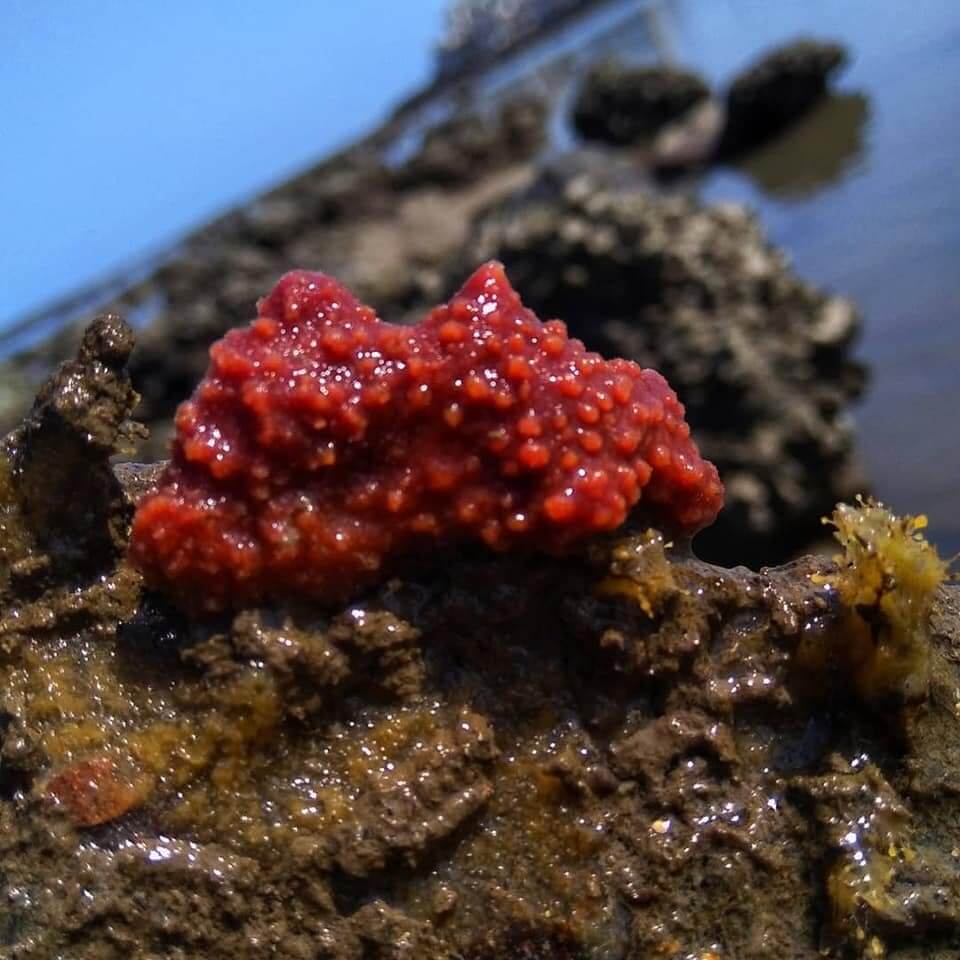 Citizens protest against translocation of corals from Mumbai coastal area

Concerns grow in Mumbai as the BMC seeks approval to translocate the coral reefs for further reclamation of sea for the Coastal road project. What is the project all about? The Coastal Road project in Mumbai is an under construction 8-lane, 29.2-km long freeway that would run along Mumbai’s western coastline connecting Marine Lines in […]

Concerns grow in Mumbai as the BMC seeks approval to translocate the coral reefs for further reclamation of sea for the Coastal road project.

What is the project all about?

The Coastal Road project in Mumbai is an under construction 8-lane, 29.2-km long freeway that would run along Mumbai’s western coastline connecting Marine Lines in the south to Kandivali in the north and aims to create 90+ hectares of land by reclaiming the inter-tidal western coast
of the city’s shoreline.

The citizens initiated a campaign to save the coasts, marine life, and the livelihood of native fisher-folks of Mumbai being severely impacted by the Coastal Road project.

Recently citizens took it to Twitter and digital protests as the BMC sought approval to relocate the corals from the Haji-Ali to the Worli Shoreline for the further reclamation of the sea.

The hashtags #CoralsBachao #NoCoastalRoad were trending on Twitter on the 2nd of November 2020.

As the BMC sought permissions to translocate the corals, many environmentalists, marine biologists stated that corals may not survive this shift. Across India and even globally this process has not achieved success.

The coastal project which was tasked with tracking marine biodiversity along the project area had identified six coral species at Worli and Haji Ali – 18 colonies spread across 0.251 sqm in Worli and over 0.11 sqmat Haji Ali.

The species documented are hard corals that are visible during low tide.
Marine biologists had opposed the reclamation, warning that the move would destroy the corals. But the BMC initially failed to acknowledge the coral presence and denied that they would need wildlife permission for the project. Late last year, the Bombay High Court ordered officials to obtain clearance as the project would affect species covered under the Wildlife Protection Act.

They generate half of Earth’s oxygen. Coral reefs act as ‘wave breaks’ and minimize the impacts of sea erosion. Corals sustain a variety of marine life.
They are foundation species that enhance local diversity by increasing biogenic habitat. Coral colonies to be affected by coastal road projects. (BMC) has proposed to translocate 18 coral colonies on the Mumbai Coastal Road Project (MCRP) path along the western seafront of Mumbai. These colonies may be translocated to Marine Drive, Geeta Nagar in Navy Nagar, and Colaba.

Minimum 36 other marine species under threat due to the Coastal Road project. A report by Sagar-Shakthi, the marine research division of environment group – Vanashakthi, observed that Coastal Road’s proposed reclamation presents a direct threat to the habitat and survival of over
36 intertidal marine species that thrive on Worli shores.

The ongoing reclamation includes dumping of non-oceanic red mud that could impact biodiversity, potentially suffocating fragile species like sea slugs, crabs & octopuses who live in crevices of intertidal rocks. The extent of damage is unknown and requires scientific inquiry.

While 90+ hectares of land is being reclaimed from the sea, only 20% of it is meant for the road. Even if the BMC has been saying that they will to create open and green spaces on the excess reclaimed land but many citizens are skeptical over the actual purpose of reclaiming excess land from the sea then the actual need for the road.

Reclamation of sea threat to the environment and livelihood of fisherfolks

The scientists say the dumping of rocks on the inter-tidal space would increase daily high tides by up to 1.5 metres, which would be detrimental to
the survival of local fisherfolk. After the devastating 2005 floods in Mumbai, the Madhav Chitale Committee report pointed out that even if the entire system had been upgraded as per its new stormwater drainage project or BRIMSTOWAD, it would not have been adequate for the rainfall of such high intensity.

BRIMSTOWAD was designed to deal with “normal occasions of rainfall”, not high-intensity rainfall events. The Chitale report came out 14 years ago. Since then, extreme rainfall events have become more frequent. Meanwhile, natural watercourses are being filled up and diverted (disrupting drainage patterns), permeable areas are being paved and built upon (increasing run-off), coastal areas are being reclaimed to create new
land (displacing water elsewhere).

Due to the proposed Mumbai Coastal Road Project, the western coast near Worli will be reclaimed by 200 metres to 500 metre by dumping of soil. This will not only be a road but also a parking area.

A garden will be created through reclamation The reclamation will wipe out fishermen’s livelihood. Also, during high tide, Worli village will be flooded and submerged. The native fisher folks of Mumbai, from the Haji-Ali and Worli area have been protesting against the project as they are about to lose their fishing grounds i.e the shallow water areas where they
practice fishing and also space where they park their fishing boats.
Sea-level rise and flooding

Over more than a century, the average temperature in Mumbai has risen, and extremely heavy rainfall days have increased. The warming Arabian Sea is generating high-intensity storms in the region. But with wetlands and forested areas indiscriminately sacrificed for real-estate development, the coastal city’s ability to absorb and drain stormwater has been severely
damaged.

On the other hand, basic infrastructure suffers from appalling deficiencies. As a result, almost every year as the monsoon hits Mumbai, the city floods – and hundreds of people living in low-lying areas of the city lose their lives.

Translocation of corals is difficult and has not been very successful in India, said Vardhan Patankar, a marine biologist who has worked on coral projects in the Andamans, Lakshadweep, Karnataka, Goa, and Gujarat.

“The question is, how many people will this benefit? Let me put this into perspective. The Metro 3, Western Railway, and Coastal Road are parallel to each other. Now, Western Railway carries 35 lakh people every day, the Metro carries 12-15 lakh people and the Coastal Road will carry about one lakh people. How does one lakh even compete with the other two figures? Why are we spending so much for so little?” – Ashok Datar, Urban Transportation Expert

“It is obvious that a serious lacuna has occurred in the decision-making process. We hold that there is a lack of proper scientific study and this has been overlooked by Maharashtra Coastal Zone Management Authority (MCZMA), the EIA and the Union Ministry of Environment and Forest (MoEF).” – Bombay High Court order

“There are close to over 200 families who are completely dependent on the intertidal area because they are artisanal fishermen and are poor people who don’t have any boats. They are the poorest of poor fishermen who try to make a living out of it. Whenever there’s a project what is always quantified or taken in account is only those fishermen who have boats and go into the sea. These artisanal fishermen don’t figure into their guidelines at all.” – Stalin Dayanand, director at Vanashakti and petitioner against Coastal Road

There are various demands from the citizens regarding the Coastal road project. Some Citizens have been urging the Maharashtra government

● To scrap the Coastal road project as it poses a huge threat to marine ecology and tends to worsen the flooding situation.
● Some suggest either build the Coastal road on stilts rather than reclaiming huge land from the sea.
● Spend 14000 crores on strengthening existing public transport like BEST and others rather than just spending it for building a Coastal road which will ultimately be used by just 2% of Mumbai’s elite car owners.

Mumbai is an island city and highly prone to extreme weather events, floods, etc. A project like a coastal road that involves massive reclamation of the sea will only worsen things in the future. There is already a phenomenal amount of marine biodiversity loss reported due to pollution and other aspects, now the sea reclamation is threatening more marine species and may lead to further degradation of the marine ecosystem.
When there are sustainable alternatives why destroy our crucial ecosystems?