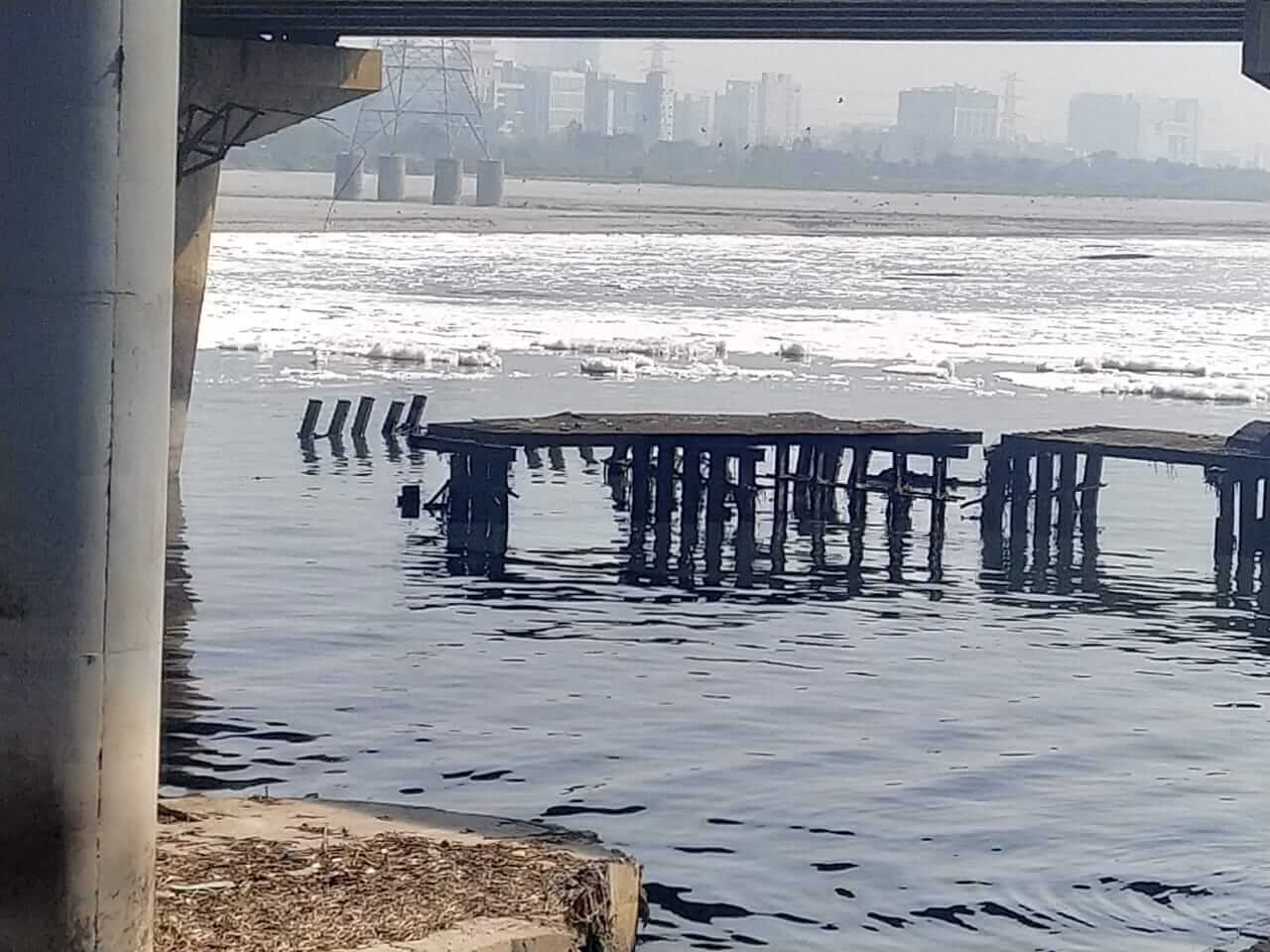 How has the administration followed up with the Yamuna Crisis?
The Yamuna, the largest tributary of River Ganga which once was a perennial river, now flows fragmented in drier seasons. The minimal E-flow and heavy pollution have not only affected the river’s natural ecosystem but also the human communities associated. With no sign of urgency amongst the public to remediate the river, the situation is […]

The Yamuna, the largest tributary of River Ganga which once was a perennial river, now flows fragmented in drier seasons. The minimal E-flow and heavy pollution have not only affected the river’s natural ecosystem but also the human communities associated. With no sign of urgency amongst the public to remediate the river, the situation is expected to degrade further in the future.

Since the malady affects about 56 million people inhabited near the river basin, the government has been obligated to address the Yamuna Crisis. Although the regulatory authorities have from time to time appointed multiple task forces and developed action plans to alleviate the dying river, if the crisis is being prioritized by them remains ascertained.

The Failure of Yamuna Action Plan Phases 1 and 2

Despite the investment of Rs 682 crores and Rs 624 crores made under the phases 1 and 2 respectively, the YAP is nowhere close to achieving its set target of BOD less than 3mg/l in the river. Since the water quality in the river gradually declined rather than improving despite the vain efforts made in the action plan, the first two completed phases have endured criticism from the environmentalists.

The Government of India in spite of the debate on the failure of the first two phases launched the phase 3 of Yamuna Action Plan under the flagship Namami Gange Mission with the assistance of about Rs 1646 crores from JICA. Critically examining the outcomes of the first two phases, the stakeholders have called out the government’s inconsiderate move for river revitalisation.

While inspecting the progress made by the functional authorities for cleaning the river, the Yamuna Monitoring Committee commented in its report that despite the NGT making statutory provision and copious exhortations, water pollution is not a priority for these authorities.

Pointing out the administrative incompetence for the rejuvenation of the river, Mr Manoj Misra said,  “Yamuna, the largest tributary of Ganga would obviously have a critical role to play in rejuvenation of Ganga. The sad condition of Yamuna is an indicator of the lack of administrative seriousness in dealing with the river issues”

Though phase 3 of the mission has developed an action plan not just for treating sewage in River Yamuna but also in Delhi’s complete drainage system, no significant improvement has been shown so far in the water quality of the drainage system.

The National Green Tribunal on 15 January 2015 in its attempt to achieve a clean river launched the “Maily Se Nirmal Yamuna Revitalisation Project 2017” and appointed a principal committee comprising of members from Ministry of Environment, Ministry of Water Resources, representatives from Delhi Development Authority, Municipal Corporation, governments of Delhi, Haryana and Uttar Pradesh, CPCB, DPCC, and teachers from educational institutions.

The mission was seen as an unprecedented move to comprehensively analyse the Yamuna Crisis and aimed to implement sustainable and broad-spectrum solutions to mitigate pollution levels in the river.

Mr Misra whose PIL laid the foundation of this mission explained, “Fortunately NGT judgment from 13 Jan 2015 details out various steps needed to rejuvenate the Yamuna. If only both the state agencies as well as the citizenry became serious to implement the judgment, perceptible improvement is still possible.”

Though the deadline to meet the assigned targets for cleaning the river was decided to be March 31, 2017, the principal committee was able to achieve the goal partially till July 2018. The NGT slamming the inactive progression of the principal committee formulated the Yamuna Monitoring Committee (YMC) to inspect and report the progress of these administrative stakeholders.

With the consistent failure of the regulatory departments to achieve deadlines and hence compromising with the river water quality, it became necessary for a judicial monitoring committee to inspect the on-ground implementations and challenges.

“It is necessary to keep an eye on the claims being made by the Government agencies which have a public duty to prevent water pollution.” mentions the YMC Report highlighting the false claims by administrative bodies. To the astonishment of the committee, while the DJB and DPCC didn't have records for the population living in about 1800 unauthorized colonies, the DDA was unable to prevent visible illegal intrusion and large scale encroachments in the floodplain regions.

The report not only disapproved the unsuitable standards and compliance measures of 13 common effluent treatment plants for industries and 9 sewage treatment plants, but it also reported the absence of such CETPS in 11 industrial clusters and lack of sewage disposal connections in unauthorized colonies which constitute about 14% of Delhi’s total population.

Various action plans for trapping of drains to prevent sewage by DJB, improvement in sewerage network and barring hazardous waste by DDA, maintenance of E-flow by UYRB, the involvement of the neighboring states, preventing idol immersion, consumption of treated wastewater also remained unfulfilled.

“Further NGT directions will be needed as these bodies have not generally shown any enthusiasm to attend meetings called on this subject”, mentions the YMC report. Though the YMC's pressure has mobilized the functioning of the principal committee, it has clearly highlighted the unwillingness of these organizations to combat water pollution.

To conclude, targets are being achieved by the government organizations, but at a sluggish pace and only under high pressure. The in-charge departments seek excuses like an absence of funds, inter/intra departmental issues, unpreparedness, etc to delay their work. The situations like COVID-19 and the absence of labor are also being used to shift deadlines. YMC has multiple times complained about the uncooperative behavior of several departments.

The report has been successful in bringing out the actual picture of the progress achieved for cleaning the river. The judicial body intervention has catalyzed the implementations of the action plans and made the regulatory bodies answerable. The appointment of the committee turned out to be a crucial step for reporting the factual on-ground implementations made by the departments to the NGT so that real-time solutions could be sorted by the NGT.

Will we see a clean river?

Assessing government actions makes at least one thing clear that a rejuvenated Yamuna is none’s priority. Governmental departments are needed to be dragged by the judiciary to take action. Masterplans are being implemented only rapidly on the sheets but remain fatigued on-ground and yet the pressing priority is still unaddressed by the public.

The public of Delhi for whom the Yamuna is a necessity needs to be aware of what is required for achieving the sanctity of the river and how to engage with the government. We need to discuss what changes are required on the personal, community, and administrational levels for attaining a clean river for us to sustain.

We need to be aware of what changes are necessary and then demand those changes for our survival. Therefore in the final article of the mission The Trickling Stream of River Yamuna, we shall discuss the solutions required on various levels for revitalizing the river.

(This story is a part of Trickling Stream of River Yamuna by Yash.)