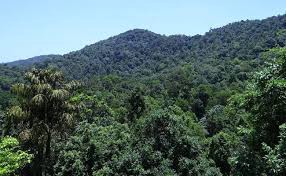 Save Thano Forest: 10,000 trees to be chopped down for the expansion of Uttarakhand’s airport

An article about Why we need to Save Thano Forest?

When someone asks us to imagine a scene of a ‘Jungle’ meaning forest then more and more ideas come to our mind like when we enter the forest, the Environment will be peaceful with blowing off a cool breeze. It makes up happy and feels fresh. That feeling will remain unexplained because we’re in between Mother Nature which is holding the precious life in it.

We can end speaking on any given topic in school but our Imagination about the Jungle world will not end. We hear the sounds of birds and sounds from the branches of trees on which Monkeys are jumping and the sound of water from a Waterfall spreads the happiness everywhere.

Now, this feeling will no longer feel in the future for the Nature lovers in the Thano Forest region, near Dehradun in Uttarakhand. Uttarakhand government sought National Wildlife Board’s approval to transfer 243 acres of forest land to the Airports Authority of India. Up to 10,000 trees could be chopped down for the expansion of Uttarakhand’s main airport in Dehradun!

The move to cut the trees in the Thano range of the Dehradun forest division could affect wildlife in the elephant corridors nearby, forest department sources said. The Uttarakhand government has sought the National Wildlife Board’s approval to transfer 243 acres of forest land to the Airports Authority of India (AAI) for expanding the Jolly Grant Airport.

The area in question also lies within a 10 km radius of the Rajaji National Park Eco-Sensitive Zone.

It may cause severe damage to the region’s delicate ecology and more frequent natural disasters because of projects that do not consider long-term environmental impact.

As the region is highly Eco-Sensitive, here in the Thano region, a Bird Watching camp was organized by the state Forest Department from March 13 to March 15, 2015. The results show that as many as 104 bird species were identified at Thano. The birds seen included the passage migrants chestnut-eared bunting and white-capped bunting. Oriental pied hornbill and seven species of woodpeckers among numerous other bird species were other birds sighted.

The deforestation of forests is one of the major reasons behind the acceleration of the Climate Crisis. Deforestation causes Soil Erosion which will make the soil infertile that will be resulted in Desertification, a process in which fertile land gets converted into Desert. Trees prevent soil erosion. The tree cover also softens the effect of heavy rains on the forest soil due to which topsoil does not flow easily.

When there will be no trees, then the devastation caused by Natural Disasters will increase like more floods, droughts, etc.

Deforestation will also affect the Water Cycle which will decrease the rainfall. The decrease in rainfall will lower the groundwater level and could cause droughts because no process of the water cycle will take place in the absence of trees.

Another damage to humankind and Nature will be the extinction of many wild plants and animals which are found only in that particular area only and are nowhere found in the world. When trees and other plants are cut down then the Natural habitat will get destroyed.

India and World let’s unite ourselves against this injustice with mother Nature.