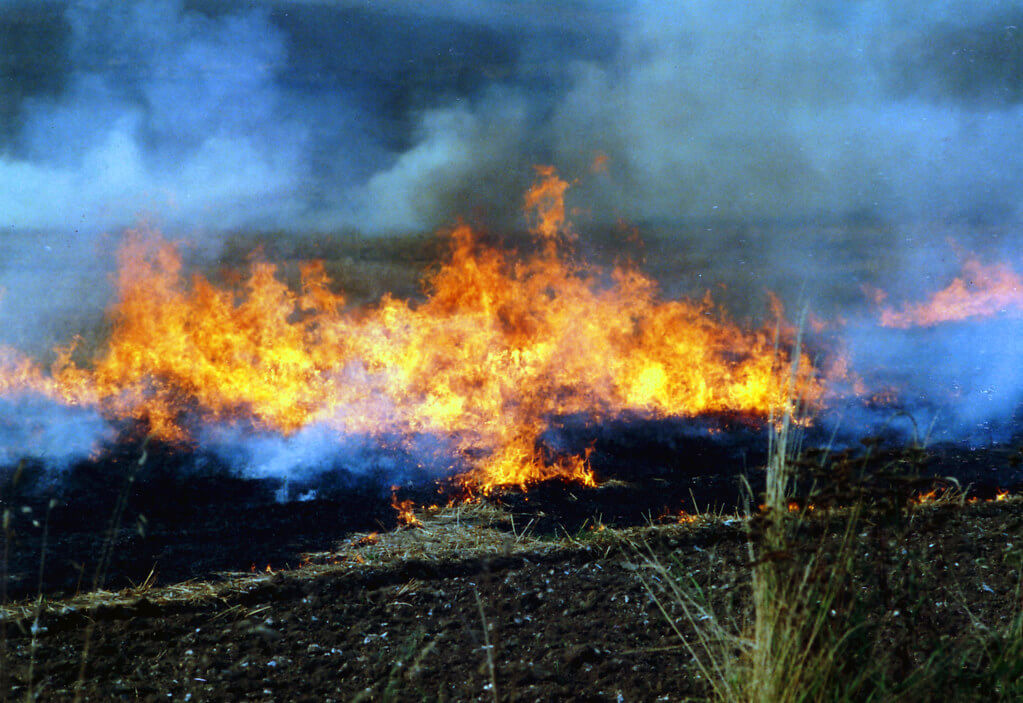 A PIL has been filed before the Supreme Court seeking a direction upon the State Governments of Punjab and Haryana to ensure a complete ban on stubble burning in their states.

The petitioners are environmentalists Aditya Dubey and Aman Banka who have highlighted the issue of stubble burning. Further, during the COVID pandemic air pollution cannot be allowed to increase as many studies have shown that spread and effect of COVID increases with rise in air pollution.

"The "Right To Breathe" Clean Air is an integral part of the Fundamental 'Right to Life' enshrined in Article 21 of the Constitution of India and the said fundamental right is being violated by the failure of the Union Government and the State Governments, to keep the air pollution levels in Delhi NCR below hazardous levels," the PIL reads.

It further added, "In the Year 2019, thousands of stubble fires were lit in Punjab and Haryana by farmers to clear their fields for next sowing season which filled the air in Delhi-NCR with Suspended Particulate Matter and resulted in the AQI levels in Delhi crossing 1000 and caused severe respirator ophthalmic and_ skin diseases amongst the citizens of Delhi-NCR and even resulted in the death of many citizens. This was a clear violation of the fundamental right to breathe of the citizens of Delhi-NCR."

Last year, the share of stubble burning from the neighbouring states of Punjab and Haryana in Delhi's pollution rose to 46 per cent in November 2019. the highest in the year, government agency System of Air Quality and Weather Forecasting (SAFAR) had said.

As the pollution levels entered the 'severe plus' category, the Supreme Court (SC) mandated Environment Pollution (Prevention and Control) Authority on Friday declared a public health emergency in the Delhi-NCR region and banned construction activity in November 2019. It also asked implementing agencies to take immediate stringent action to stop stubble-burning in the neighboring states of Punjab and Haryana.

To remedy the situation, the Petitioners have sought the following reliefs: