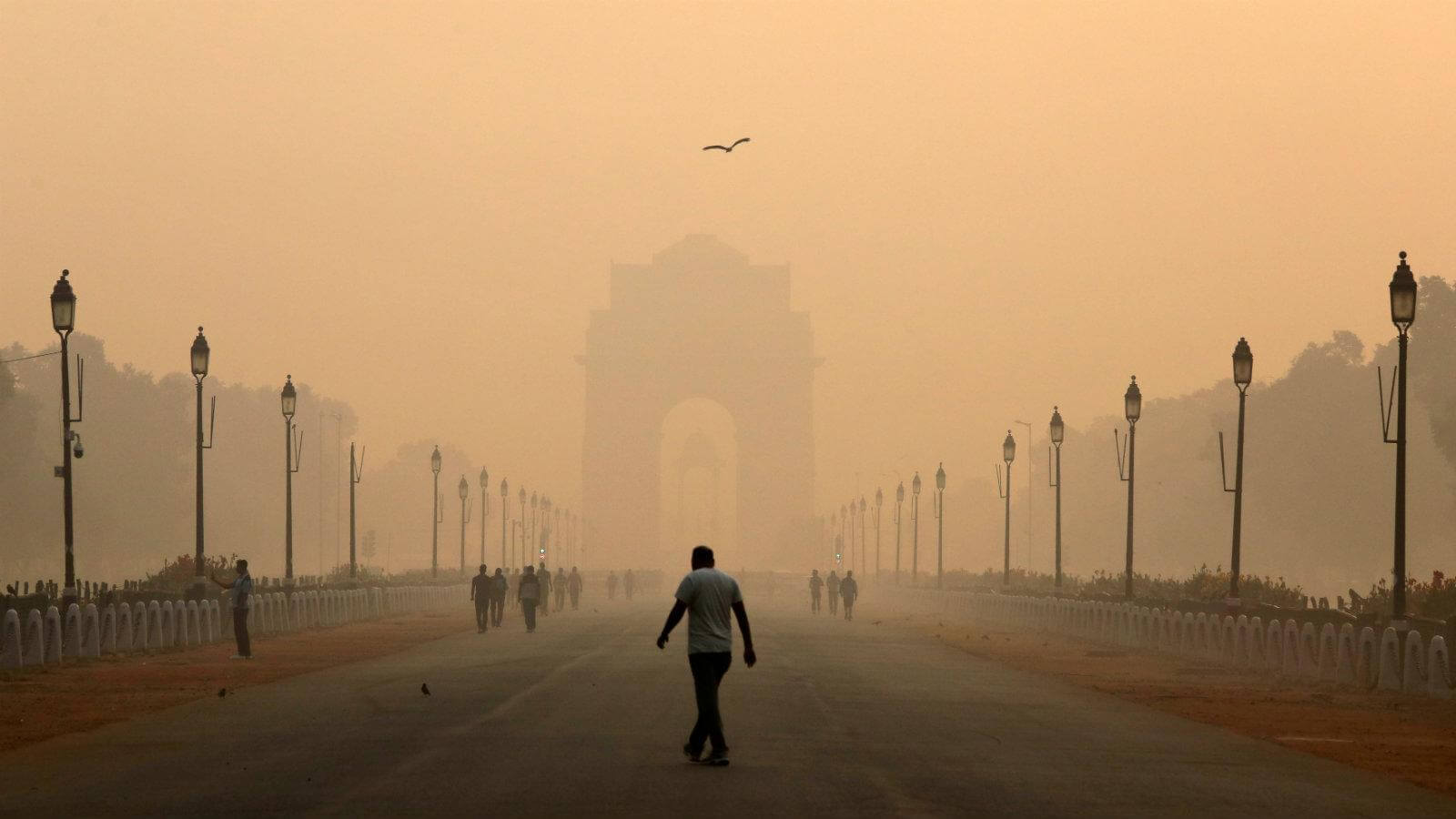 How much does the National Capital prioritize clean air and blue skies?
Inhaling clean air throughout our lives will always be one of the most fundamental necessities for human beings. Even the Constitution of India holds Right to Breathe Clean Air as a part of Right to Life under Article 21. Despite the fact that the country's citizens are ensured to enjoy an unadulterated air PAN India by the national rulebook itself, the public of its capital city severely suffers from a heavy violation of this essential right.

Inhaling clean air throughout our lives will always be one of the most fundamental necessities for human beings. Even the Constitution of India holds Right to Breathe Clean Air as a part of Right to Life under Article 21, acknowledging the hazards of breathing contaminated air on human health.

Despite the fact that the country's citizens are ensured to enjoy an unadulterated air PAN India by the national rulebook itself, the public of its capital city severely suffers from a heavy violation of this essential right.

Sky-high levels of pollution in Delhi

Raghav Talwar, a student at Delhi University expresses, “Before the lockdown, I became very lethargic and had a serious coughing issue for about 4 months due to the deteriorated air quality.” For many like him, who have to travel each and every day in spite of the exposure to the noxious air, pollution has made them suffer from various chronic illnesses.

In the months of October and November when the temperature begins to cool down, winds carrying seasonal pollutants from the sources like combustion of agricultural waste (stubble) and residential cooking fuel convert Delhi into a ‘gas chamber’ whose air is fatally toxic. For instance, in November 2019, AQI as high as 999 which is 16 times higher than prescribed, was recorded in many areas of Delhi.

But is the problem of air pollution seasonal in the National Capital Region (NCR)?

A study by IIT Kanpur on Air Pollution in Delhi suggests that perennial pollution sources like Road dust and construction, automobile, biomass burning and industrial emissions on local and trans-boundary levels are responsible for the consistently high levels of pollutants like PM 10, PM 2.5, SOx and NOx in the city’s atmosphere.

The statistics for the air quality in Delhi are not acceptable for human health. Consequently, as per the study conducted by India Environment Portal, about 80 people in New Delhi die every day after suffering from air related diseases.

Active involvement of the administration to cut down the pollution levels

Article 32 of the constitution mandates the regulatory bodies to remove the pollutants in the environment which are detrimental to life. The government, therefore, has been working significantly for the retardation of the endangering air pollution Levels.

While the Environment Pollution (Pollution and Control) Board (EPCA) has been working to generate action plans for the NCR, the Central Pollution Control Board (CPCB) has further issued 42 action points for Delhi to adopt changes that mitigate the pollutant concentration from various sources.

The flagship mission of the government to combat air pollution is the National Clean Air Program (NCAP) which aims to reduce the concentration of PM 2.5 and PM 10 by 20-30% till 2024 (midterm action) by providing action plans to the 102 non-attainment cities which are extendable to 20-25 years in the long term.

Amongst the major action plans include the Alleviation Action Plans for Stubble Burning in Punjab and Haryana, setting targets for clean energy production, adoption of BS-VI  vehicle emissions and fuel quality standards, action plans for a reduction in carbon driven vehicles by Indian railways and in the Delhi State, providing clean energy LPG connections to reduce indoor air pollution through Ujjwala Yojana and many more.

Dr. Nagpure suggested that Ujjwala Yojana has been one of the most successful schemes to combat indoor air pollution in poorer households. He shared that 8 crore families have been benefited under the scheme. Further, 25-30% of this population has shifted to complete use of clean fuel and 30-40% are using mixed fuels.

Where are we lagging behind?

Despite the government regulating various action plans, people like Raghav living in the metropolis had to wear N-95 masks until lockdown whenever they went out due to poor air quality. For many others, affording respiratory equipment is still a luxury, so their respiratory systems are vulnerable to the brutal air. But why have we not been able to control the air quality till now?

Many of the administrational action plans have been called futile by the judicial system. The most recent is the disapproval for the report on the National Clean Air Program by the NGT. The tribunal stated that the program was just limited to a few cities and lacked regular compliance. It also stated that the report failed to address Right to Clean Air as a part of Right to Life and lacked the enforcement of the principles of ‘Sustainable Development’ and ‘Public Trust Doctrine’.

Many other drawbacks due to poorer implementation include the Punjab Government’s dependence on just 75,000 machines to manage stubble spanning over 20 lakh hectares of land, heavy inclination towards carbon generated energy, corruptive constructions lacking compliance, no adequate measures to manage road dust and waste incineration and lack of public participation have been the setbacks to attain blue skies.

Dr Nagpure suggests that blaming others for causing such high pollution won't actually curb the increasing levels, the administration, industries, communities and individuals should implement sustainable practices in their power for a healthier future.

More milestones to be achieved

The country needs to take some firm steps to maintain not just human health but ecosystems that are affected by severe pollutants. Taking inspiration from the Mexico Approach for regulating air quality, the administration needs to develop a real-time monitoring airshed management system in the Indo Gangetic plains which have a direct impact on the air quality of the NCR.

Engagement of industrial leaders, stakeholders for biomass burning and municipalities for making stringent laws to control the discharge of pollutants into the air is essentially important. A circular economy approach for adequate waste elimination and use of renewable resources for energy production is the most desirable action plan.

A good implementation of the associated policies to the grassroots level along with macro levels is very essential. “Individuals should adopt practices that minimize lifestyle pollution levels, they should also educate the community to follow the same,'' asserts Dr Nagpure on the need of public participation in regulating pollution levels.

The issue of air pollution has penetrated into the NCR to such an extent that working on a single level won't make a substantial difference towards achieving the desired standards for us to fit in. Therefore, an interdisciplinary action is required at all levels and by all sections of the region for us to consistently inhale fresh air and experience the splendor of the blue skies.

((The first-ever International Day for Clean Air and Blue Skies is on 7th September 2020. We’re collecting voices on issues such as air pollution, stubble burning, vehicular emissions, cycling from all parts of India. This is your chance to share your story with us!)