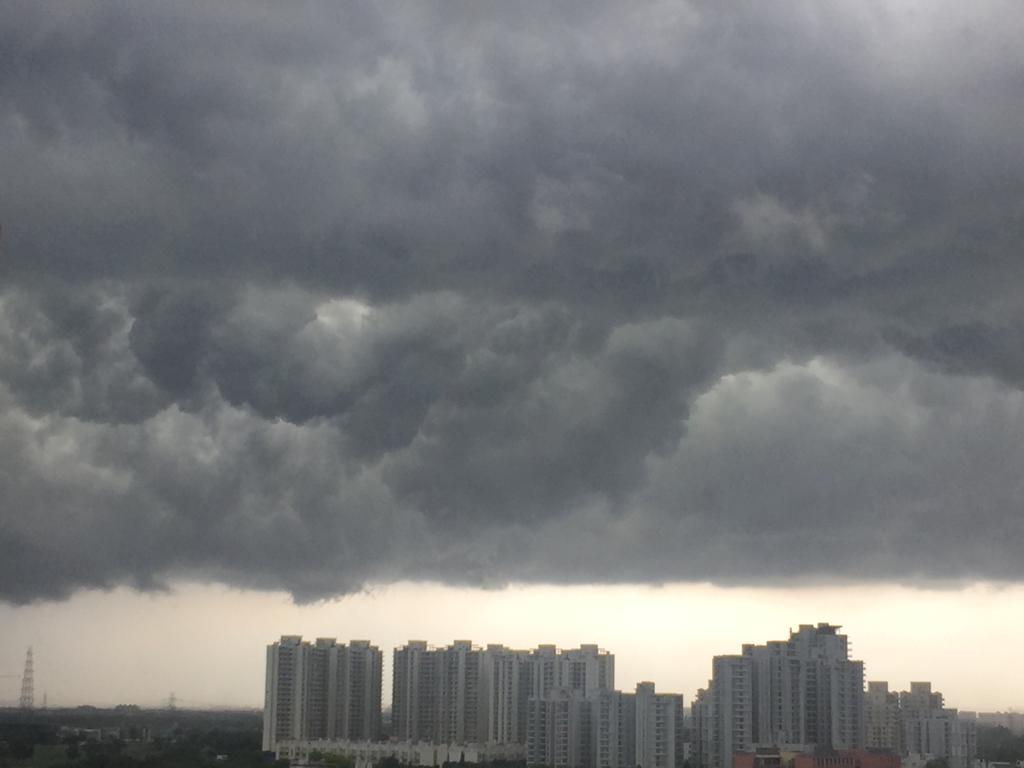 We are not far from what is being taught in schools globally - the impact of Global Warming. The effects are showing up faster than we could imagine. Yes, we are facing an existential threat.

The increase in atmospheric carbon dioxide, days getting warmer, declining Arctic sea ice, ice mass reduction in the Antarctica and Greenland and rising sea levels, everything is happening for real. Extreme weather phenomena are becoming an everyday thing. High winds, cyclones, tornadoes, wildfires, blizzards, incessant rains are to be seen more frequently than ever before.

Look at this picture from Gurugram, India (July'20). Such cloud formations were a rare thing until a few years back. Unfortunately, it's a common occurrence nowadays. Such events combined with unprecedented growth of urban area results in urban flooding every year - the water doesn't have anywhere to go.

Our earth is bleeding. Let's look at some quick global facts and understand the kind of attention it requires across the socio - economic hierarchy to save our planet -

We, humans, are solely responsible for setting in motion the climate change. We have done more harm in an attempt to fulfill our short term desires. The bright future that we envision for our posterity is a delusive hope.

It's late but we can still act to minimize some of the effects which otherwise could take the shape of a global disaster with no return in sight.

What can we do now?

Let's keep it simple to start with and make it a habit for the rest of our lives:

Trust me, it gives immense satisfaction. The smallest of the steps will make a huge difference and our children will be proud of us.