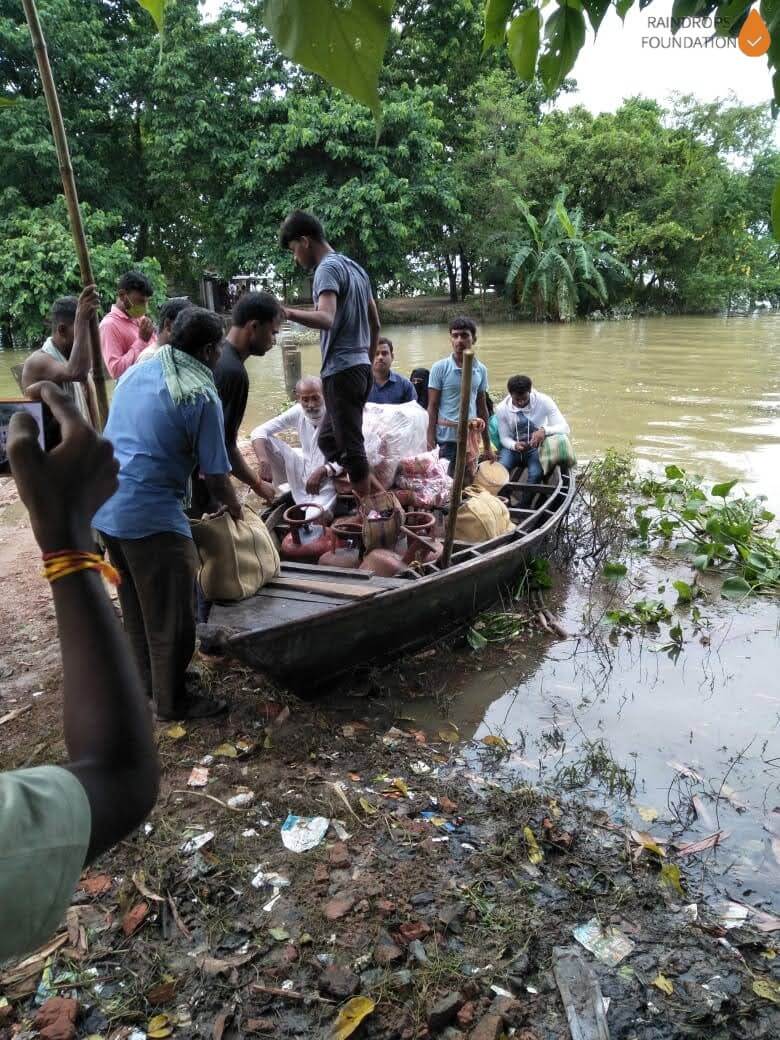 Bihar Floods- The Story of Hope and Despair
Bihar is India's most flood-prone state, with 76% of the population in the North Bihar living under the recurring threat of flood devastation.

For the people of Bihar, annual flooding has become a perennial problem, becoming a part of their lives. Bihar is India's most flood-prone state, with 76% of the population in the North Bihar living under the recurring threat of flood devastation.

Every year the people try to adjust to a new lifestyle but with the unpredictable behavior of Kosi, Kamla, and Gandak river, but there hasn’t been a solution till now. The government and the administrative machinery focuses on temporary measures every year, ignoring the search for a permanent solution.

Each year, hundreds of crores are spent on relief measures, but the people on the ground keep suffering. When the volunteers from my NGO reached the flood-affected Madhubani, Vimla Devi, a resident of ‘Karhara’ village, which is cut off from all the other villages, told them that they have lost all hopes now from the government machinery.

For thousands like Vimla, recurring floods have become the story of despair. But there is hope as well.

Last year, when the temporary dam was destroyed by floods near Naruwar
village of Jhanjharpur, many youth groups from the region came together in good spirits to provide relief measures to thousands of people. One such group was our youth-led NGO Raindrops Foundation.

Crossing over to the partially submerged areas housing those families which lost their everything, our team reached to these makeshift shacks. Some areas had built temporary bridges with sacks filled with sand, while others made little strips of bricks.

Mani Bhushan Jha, who led the relief efforts last year says, “We were fortunate to be able to help the families who lost everything in the flood. While interacting with the people on ground, we got a sense that while they appreciate our help, they are looking for a permanent solution. The government needs to take them together and take concrete measures.”

This year, the flood situation has caused greater damage and many districts are still on high alert. The situation became even more critical due to the ongoing pandemic. Many thought that volunteer groups and NGOs would be less enthusiastic due to the concerns of social distancing and contracting COVID during relief work.

Despite the widespread concerns, many youth groups came forward to help the affected families. Vikram Bhagat, a local resident near the Mahadalit Basti of Saharghat approached Raindrops Foundation. He is coordinating the on-ground efforts to reach out to thousands of families like Vimla
Devi of Karhara.

A team of 25 energetic youngsters spent two full days and nights preparing the relief kits containing ration, sanitary pads, masks, and sanitizers. Reaching the flood-ridden areas became a bigger challenge this year, and the volunteers had to use every means possible, including crossing the overflowing rivers in wooden boats and carrying the relief kits on their heads while walking through the river.

This unwavering dedication, in the midst of a global pandemic, is definitely a hopeful signal that the situation will improve in the future. However, with millions of people affected every year, the problem of flood needs a permanent solution. All the stakeholders need to come forward and take concrete steps in the direction of solving these problems. The assembly elections are in a few months and it is to see what promises the political parties do to the people - the promise of hope or despair.