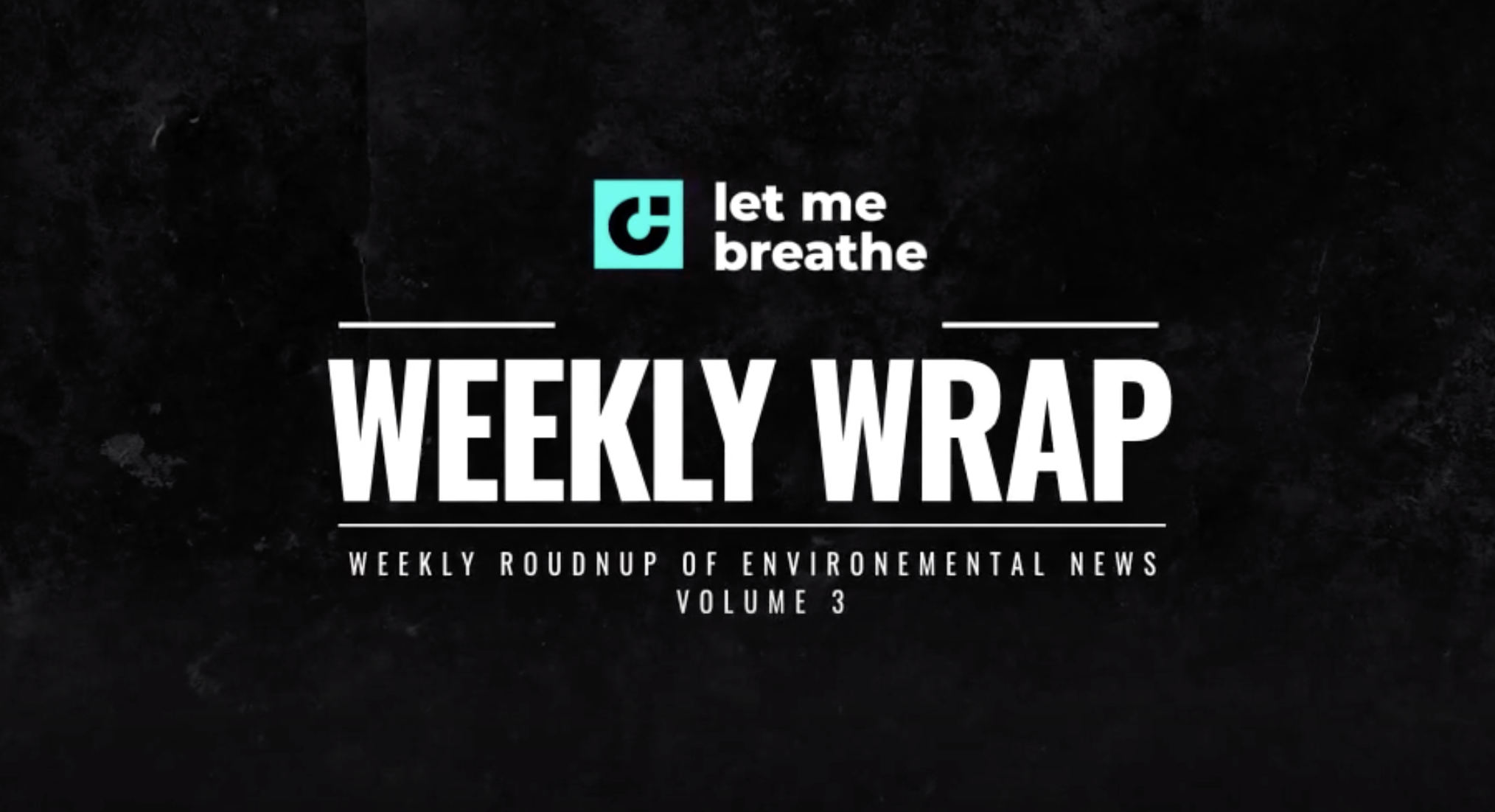 ICYMI: EIA Deadline & Mumbai Monsoon
For this week’s edition of the Environment Weekly Wrap, we want you to focus on the #DraftEIA2020 that has filled up your timelines and consumed all debates online. The last day to submit public responses to the Draft Environmental Impact Assessment Notification 2020 is August 11. This has caused a stir across the country with […]

For this week's edition of the Environment Weekly Wrap, we want you to focus on the #DraftEIA2020 that has filled up your timelines and consumed all debates online. The last day to submit public responses to the Draft Environmental Impact Assessment Notification 2020 is August 11. This has caused a stir across the country with several activists, actors and the common public speaking against it.

A student-led two-hour online protest by All Assamese Students’ Association, New Delhi, in collaboration with 18 educational institutions and organizations from northeast India sparked a storm on Twitter against the draft Environment Impact Assessment (EIA) Notification, 2020.

More than 15 law colleges and over 1,600 students across India have sent a letter to the Ministry of Environment, Forest and Climate Change against draft Environmental Impact Assessment (EIA) 2020.

The 22-page letter, drafted by the Legal Aid Clinic of Jindal Global Law School, contains suggestions for each sub-clause of the draft EIA 2020 that the students oppose.

3. From Tamil film actor Karthi to youth groups in Chennai, many have criticized the EIA Draft 2020

In Tamil Nadu, a YouTuber Padma Priya, aka Chennai Thamizhachi was heavily criticised for speaking against the draft in her video. Padma Priya not only objected to the draft but also raised several questions against the government and its intentions with the draft.

4. 75 youth groups from Tamil Nadu wrote to the Centre against Draft EIA 2020.

More than 75 youth groups from Tamil Nadu alone, including 1,951 children and youth below the age of 30, have signed a letter that calls for the withdrawal of the Draft EIA Notification 2020.

One of the heaviest monsoon downpours in Mumbai brought the city to a standstill this week. Mumbai reeled under incessant rainfall with fallen trees, building signages blown away and waterlogging on roads. South Mumbai's Colaba area reported that this was its heaviest single-day rainfall in August in 46 years.

According to environment activists and town planners, one of the many reasons for the yearly flooding is the destruction of mangroves on the shoreline. Mangroves absorb excess water but they are being destroyed in Mumbai in the guise of infrastructure development.

The Mumbai Metropolitan Region Development Authority (MMRDA) will pay for afforestation of 0.12 hectare of mangrove forest that will be temporarily destroyed due to construction of the access road to the station.

The human destruction of natural ecosystems increases the numbers of rats, bats and other animals that harbor diseases that can lead to pandemics such as Covid-19, a comprehensive analysis published in the journal Nature has found.

8. NASA photos reveal that a quarter of Bangladesh is under water

Nearly a quarter of Bangladesh has been inundated with floodwaters, according to the latest satellite images of the country captured by NASA recently.

The NASA Earth Observatory website shows images of northeast Bangladesh from June 2 and July 25. More than four million people have been affected and at least 100 had died in Bangladesh as of July 28.