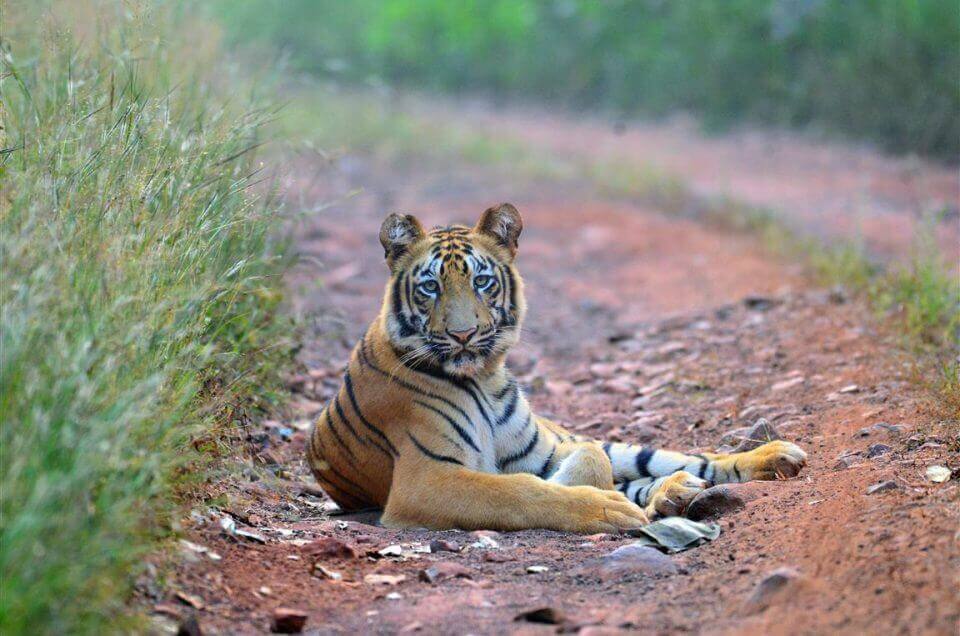 This is what threatens Maharashtra’s Biodiversity
22
Maharashtra is a state in the western peninsular region of India and shows a variety of ecosystems. These are mainly northern forests, Deccan plateau grassland, western ghats; a biodiversity hotspot, coastal region; with around 720 km of the coastal line to the west side meeting Arabian sea, and freshwater aquatic systems including major riverine; Godavari […]

Maharashtra is a state in the western peninsular region of India and shows a variety of ecosystems. These are mainly northern forests, Deccan plateau grassland, western ghats; a biodiversity hotspot, coastal region; with around 720 km of the coastal line to the west side meeting Arabian sea, and freshwater aquatic systems including major riverine; Godavari and Krishna.

These exhibit a great biological diversity including some charismatic and flagship species like tigers. On the other hand with a population of over 11 crores (2011 census), and fast development, it’s a matter of animal-human coexistence and sustainable development.

Why is biodiversity important?

Biodiversity means kinds of forms of life (biotic components) found in any
particular area. These forms are plants (flora), animals (fauna), and microorganisms. They interact with nonliving things (abiotic) and together form an ecosystem.

Hence, by saving tigers under the project tiger we not only save tigers but a whole forest system altogether. Ecosystems are of great significance as they provide us with a life support system known as ecosystem services.

It makes the provision of food, water and fiber. Bees are pollinators and they are solving concerns about food security, if bees get vanished the world will face problems of food security. It regulates climate and diseases. It supports in nutrient cycling and recycling.

Cyanobacteria and phytoplankton in oceans and plants on terrestrial system provide us with oxygen. Fungi act as saprophytes to consume dead decaying matter along with other organisms, so; we get a clean planet.

In scientific development, biodiversity has given us many solutions to problems and has always given newer insights in the development of humankind. e.g. using bioremediation techniques we have solved the problems of pollution.

Any loss to the condition of biodiversity can have major impacts on all the values noted above and will affect human wellbeing. Many times these are irreversible losses and preventive measures in the form of biodiversity conservation should be taken.

To safeguard its biodiversity Maharashtra has 6 national parks, 48 wildlife sanctuaries, and 6 conservation reserves as protected area networks (as per the India State of Forest Report, 2019).

It has a population of about 312 (270 to 354) tigers as per the status of tigers in India- 2018 report. The Malvan (Marine) Wildlife Sanctuary was designated to conserve coastal, coral and marine biodiversity.

The beautiful flamingoes that get their reddish-pink coloration through the pigments obtained from the algal-phytoplanktonic-invertebrate diet can be seen in large numbers at Thane Creek Flamingo Wildlife Sanctuary.

Bhadalwadi lake area at the Ujani wetland is a major site of avifauna,
mainly migratory. Plateau of Flowers; the Kaas plateau is a UNESCO World Natural Heritage Site and a famous tourism spot for its colorful flowering species (botanically known as herbaceous), many of which are endemic.

Many species of plants and animals are endemic to Maharashtra and many new are described recently. A species of fan throated lizard (Sarda superba) is magnificent endemic species.

A London soft- furred rat is endemic to Sinhgad locality. In the genus Ceropegia; many species are endemic.

With increasing population, industrialization and urbanization in Maharashtra, there is an increase in threats to biodiversity.

One of the major threats is the cutting of trees in Maharashtra.

Of the 61,579sqkm total forest cover in the state, 604sqkm was under encroachment in Maharashtra in 2019, according to data submitted by the Union environment ministry last year.

According to the data, Maharashtra ranked fourth in the country among states with maximum encroachment, after Madhya Pradesh, Assam, and Odisha.

The Maharashtra forest department’s district-wise data showed that Dhule had the highest forest area under encroachment, while Thane and Mumbai forest zones had maximum encroachment cases.

Aarey Colony in Mumbai is seeing similar tree cutting incidents as a metro car shed is all set to be built there. These anthropogenic activities are responsible for habitat modifications.

Human-Wildlife conflicts and impacts had been seen in many parts of
Maharashtra. Human- Leopard conflicts; livestock depredation and attacks on humans are observed and studied in Akole Taluka of Ahmednagar district and Aarey Colony, Mumbai.

Human-Elephant Conflicts and impacts, the main damage to agriculture crops were reported from Sindhudurg and Kolhapur districts of Maharashtra. Sahyadris is getting fragmented and transformed due to land use, construction projects.

The use of plastic in pristine habitats has polluted many tourist spots in the western ghats and other protected areas.

Additionally, forests of Gadchiroli and Gondia districts are identified as extremely fire-prone forest areas as per the India state of forest report- 2019.

Taking into consideration all these points we should contribute in the conservation programs. This way we can save conserve biodiversity and ourselves. Let’s together achieve sustainable development.

(Rushikesh is a microbiologist by profession, field biologist by choice. Over eight years of experience (research and lectureship) in the area of Life and Environmental Sciences. Presently working as Assistant Professor 'Microbiology' at Sinhgad College of Science, Pune.)