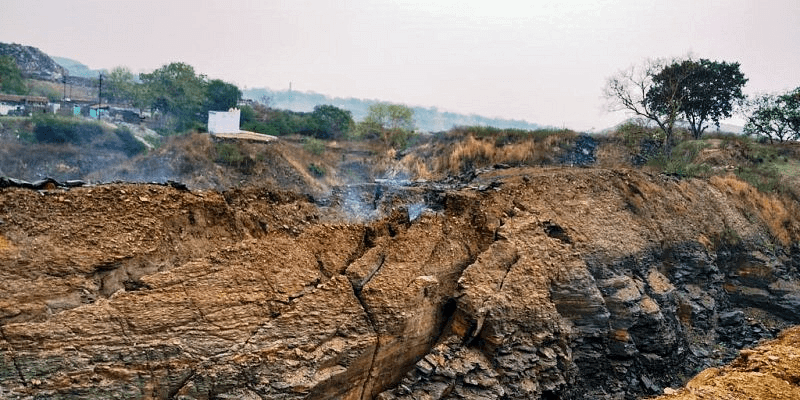 Down in the dark: Coal mining in India
Digging up more coal has become a national priority for India as it tries to meet its electricity needs. India has the fifth-largest coal reserves in the world and is the fourth-largest producer of coal in the world Mining minerals have been the most profitable business and established economy worldwide. Of all minerals, coal has […]

Digging up more coal has become a national priority for India as it tries to meet its electricity needs. India has the fifth-largest coal reserves in the world and is the fourth-largest producer of coal in the world

The health impact of Coal Mining in India

But for the people who do it, it’s a dangerous and potentially lethal assignment. Miners are at risk of developing lung diseases because of their regular exposure to airborne respirable dust.

Miners with five or more years' mining experience who are exposed to exhaust from diesel engines have an increased risk of dying from lung cancer.

The environment of underground mines have been a subject of serious concern to the miners because of the liberation of methane with coal cutting, heat and humidity and generation of fumes with the blasting of coal

In some states, coal mines have been classified as essential services and are staying open during the COVID-19 pandemic.

“Exposure to air pollution in the long term reduces the capacity of organs to function fully and makes it more vulnerable to infections and diseases. In the context of the current COVID19 pandemic, such individuals are likely to face severe complications”, said Doctors for Clean Air (DFCA)

Mining is also a major factor in environmental pollution, emitting smoke and gases that affect the environment.

Coal mining is a development activity, which is bound to damage the natural ecosystem by all its activities direct and ancillary, starting from land acquisition to coal beneficiation and use of the products.

This is so because environmental degradation has affected especially the common property resources such as land and water on which depend the subsistence and well-being of the local community.

It has been estimated that around 44,483 million tonnes of coal are there in 12 coalfields in Chhattisgarh in Raigarh, Surguja, Koriya and Korba districts. It ranks second among states in India’s coal production.

Huge areas in the Raniganj and Jharia coalfield in India have become ruined due to abandoned and active mine surface and underground mines. In open cast mines, waste resources are usually stacked as huge dumps in the surroundings.

These, coupled with coal dumps, cause noteworthy visual impact. Large vicinity of the forest, farming land, and pasture land have been transformed into colliery colonies or into uncultivated land due to the rapid expansion of the coal mines. As a result, the land use patterns has been changed considerably over the last three decades.

Korba coal mines have a disastrous impact on the ecology

Similarly, Chhattisgarh’s Korba region is the power capital of the state as it is home to many coal mines and thermal power plants. But the aggressive and unchecked push for power has led to a disastrous impact on the ecology of the area.

Open transportation of coal, black trees, mounds of ash are a common sight in the region. The lives of people are threatened not only by the poor quality of air but also by polluted water due to discharge from power plants which is impacting their crops.

According to the Comprehensive Environmental Pollution Index (CEPI) of the Central Pollution Control Board (CPCB), Korba is among the most critically polluted areas of the country.