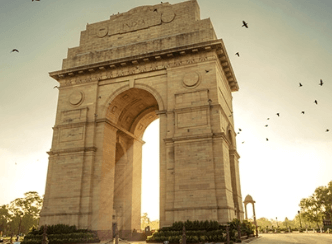 How green are Delhi’s political parties’ manifestos?
Ahead of Delhi elections, Bhartiya Janata Party, Congress, and Aam Aadmi Party released their election manifestoes and environment-related issues feature in the promises of all three parties. Air Pollution Starting with the chronic air pollution that has affected people of Delhi for years now, BJP, in its manifesto, has talked about a comprehensive strategy for […]

Ahead of Delhi elections, Bhartiya Janata Party, Congress, and Aam Aadmi Party released their election manifestoes and environment-related issues feature in the promises of all three parties.

Starting with the chronic air pollution that has affected people of Delhi for years now, BJP, in its manifesto, has talked about a comprehensive strategy for combating air, noise and water pollution. WAYU equipment (small air purifiers) at polluted traffic junctions will be installed for purification of air, says the BJP.

Congress, on similar lines, talks about implementing a 7 point comprehensive strategy to fight pollution and protect Delhi’s environment.  It also says that 25% of Delhi’s budget will be spent on fighting air pollution and improving public transport.

AAP, in its guarantee card which was released last month, promised to plant over 2 crore trees and reduce pollution to a third of the current levels by various measures which it has not clearly spelled out yet.

On cleaning the Yamuna, water bodies and piped water supply, BJP promises clean water for every household by 2024 and free people from contaminated water. Its manifesto specifically promises a clean and the pollution-free Yamuna by constituting a ‘Delhi Yamuna Vikas Board’.

Meanwhile, Congress mentions a comprehensive ‘Jal Sankrakshan Mission’ to protect Delhi’s water bodies but does not specifically mention anything about reviving the Yamuna.

Along with reviving the Yamuna river, AAP promises to work with the Central government to develop a beautiful riverside along the banks of the Yamuna that will play a big role in maintaining the Yamuna Eco-System and increasing a new tourist destination for Delhi. It also ensures the availability of 24 hours piped and clean water to every household in Delhi.

Another major promise made in the BJP manifesto is making efforts to get rid of the garbage and focus on cleanliness for which a Delhi Sanitation Task Force will be constituted, who will ensure cleanliness through better waste management.

Congress on the other had promised implementation of a proper dust management plan and identify pollution hotspots that emit heavy dust.

Meanwhile, AAP in its manifesto ensures new appointments of Safai Karmacharis taking into account the rapid expansion of residential colonies in Delhi and promises a garbage and debris free Delhi.

Reducing plastic pollution is also on the BJP manifesto which suggests a strict ban on single-use plastics. It also encourages increased recycling and reuse of plastics. It also gives importance to the concept of ‘Waste to Wealth’ and talks about the proper disposal of plastic waste. The party also says it is setting up plants that convert single-use plastics to fuel.

BJP promises a modernized and improved sewage system in Delhi. Workers will be equipped with modern technology and equipment for the cleaning of sewers, says the manifesto.

Whereas Congress promises to launch a massive awareness campaign to ensure 100% segregation of waste at every household in 2 years by collaborating with Delhi’s Resident Welfare Associations.

10,000 new green buses fitted with all modern facilities will be added to the public transport fleet as per the BJP manifesto. It also talks about the formulation of a scheme to encourage manual cycle rickshaw pullers to switch to e-rickshaws.

Congress promises to launch ‘Delhi Electric Vehicle Initiative’ (DEVI) and pledges to introduce 15,000 electric buses and replace all the existing buses with them. It shall also install 1,000 car electric charge stations.

AAP did not list any electric vehicle policy in its manifesto but party officials have said that as the Delhi government the party has already put in place an Electric Vehicle policy for Delhi.

Meanwhile, both BJP and Congress have also included public participation in making Delhi’s environment better in its manifesto.

BJP promises to promote ‘Green Good Deeds’ among school children and a large scale program against pollution will be conducted in all schools. The manifesto also includes making ‘plogging’ a mass movement.

Congress promises that school students will be encouraged to become Delhi’s ‘Environment Ambassadors’ who will help in keeping Delhi clean. It also promises to bring 30% of Delhi’s area under green cover.