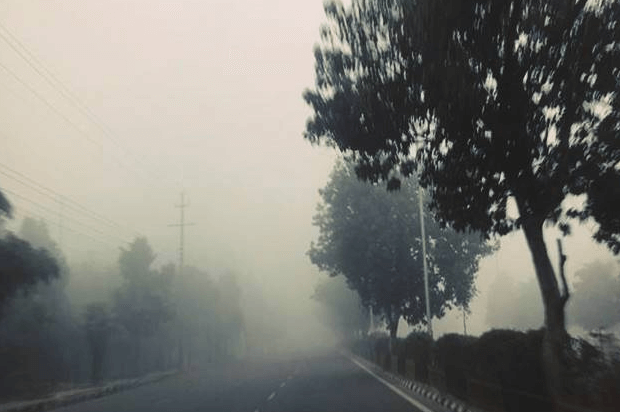 Why Delhi is facing Extreme Temperature Situation
On December 30, the temperature went extremely low in new Delhi breaking a record of past 119 years during a cold spell. These extreme high and low temperatures are increasing since the start of the last decade.

On December 30, the temperature went extremely low in new Delhi breaking a record of past 119 years during a cold spell. These extreme high and low temperatures are increasing since the start of the last decade.

Why is this happening?

There are many conditions due to which it’s happening but one of the important reasons is climate change. Our planet is heating up at an extremely fast pace. In 2014, IPCC issued its fifth assessment report stating “It is extremely likely that human influence has been the dominant cause of the observed warming since the mid-20th century.”

Human activities have been affecting the environment and have been the major cause of climate change. In the past century or during the start of this century, people didn’t believe much in climate change but in the last decade, most of the people in the world have felt the impacts of climate change on them one way or another.

The rising temperature is one of them which is felt by most people in India and around the world.

Climate change is caused by the increased emission of greenhouse gases like carbon dioxide, nitrous oxide, methane and many more. These gases are produced by different economic sectors such as electricity, Agriculture, industries, Transportation, construction etc. These economic activities produce a large number of greenhouse gases which causes the “greenhouse effect”.

This “greenhouse effect” is causing the warming of the planet hence, increasing the global temperatures.

Temperatures around the world

2019 marks the end of a decade which was the hottest decade on record and the year itself second warmest on records.

In summers, many nations such as France and the United kingdom faced heatwaves and record high temperatures. The high temperature in Australia and the bushfires which are making it only worse.

I have felt the impacts of climate change during the last decade. The temperature are getting intolerable you cannot get out house during summers because of the heat waves. These situations will only increase with the years coming ahead and we all need to come together to stop it.

The government and the authorities who are failing at their part need to build a roadmap and take the environment very seriously. We all have to reduce our carbon footprint ourselves to save our planet and ourselves from this major catastrophic.

(Vaibhav is currently pursuing graduation in BBA (Hons). He has always been sensitive towards the impacts of human activities on the environment and is trying his best to spread awareness about this cause.)