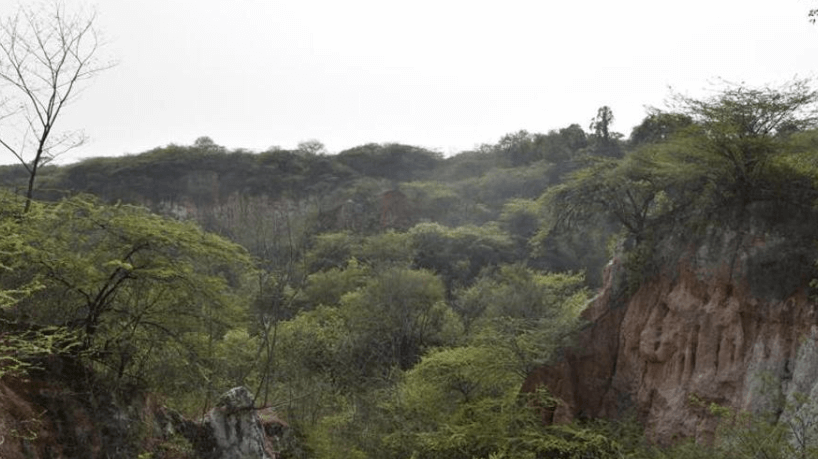 Haryana’s PLPA Makes Allies BJP and JJP Differ
The Punjab Land Preservation (Haryana Amendment) Act (PLPA), 2019 has been controversial since it was passed by the Haryana Assembly last year, opens up thousands of acres of reserved forest land to real estate and other non-forest activity in the area that was protected under it for over a century. The bill takes the protective […]

The Punjab Land Preservation (Haryana Amendment) Act (PLPA), 2019 has been controversial since it was passed by the Haryana Assembly last year, opens up thousands of acres of reserved forest land to real estate and other non-forest activity in the area that was protected under it for over a century.

The bill takes the protective cover off the Aravalis and Shivaliks exposing nearly 28,000 acres of land in Gurugram, Faridabad and seven other districts adjoining the national capital which activists claim is at the behest private builders and land sharks.

“As the population is very high in Gurugram, it needs a lot of green cover. We have asked for innovative solutions from civil society. The Supreme court has clearly said that Aravallis need to be saved at any cost. We stand by this and will work towards saving the forest cover in Gurugram.” he said. He continued to say that Haryana Deputy Chief Minister, Dushyant Chautala strongly opposes the act.

Though Supreme Court had put a stay on the PLPA Amendment Bill on March 1, 2019, a reply to an RTI application last month revealed that the Haryana Governor subsequently gave his approval to the controversial bill.

Ashish Dua, National Secretary, Congress opposed the PLPA saying that this step shouldn’t have been taken by the Government in the first place. “The trees are dying and it is not at all acceptable. Withdrawing the PLPA is the first step to save the forest cover,” he said.

Dr. Sarika Verma who has been actively campaigning on withdrawing of the PLPA as part of the Aravalli Bacaho initiative said that the Haryana government should ensure that Aravallis remain out of reach of the real estate sector.

Quoting hard-hitting facts and showing the map of the Haryana’s forest cover, she said, “We have only 3.62% of Haryana forest cover while the national average is 21.7% and the national goal is 33%. We are not even one-tenth near to it. From the last three years, Forest cover in Haryana has gone up on only 0.03%. If we continue at this rate, it would take us 67 years to increase our forest cover by 1%.”

She added, “We going to ask the next government to increase the forest cover to 5% in the next five years. This is something proportional to the air we breathe and can’t be ignored.”

However, Raman Malik, Spokesperson, BJP had a different perspective. “How are you going to address those people who are living there with legal permission and who are not at fault? Where are you going to uproot them?” he said.

The PLPA has seen citizen groups organizing regular protests to highlight the need to save the Aravallis, and given the stance of the political players of Haryana, this issue is expected to dominate headlines in the coming days.