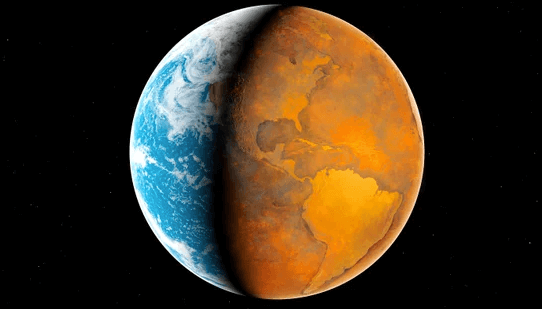 The daily pollution and deforestation have resulted in a severe change in climate globally. 2019 has witnessed the hits of climate change.

Earth today is facing its major survival threat, climate change. Man is trying so much to make their lives comfortable that he jeopardizes nature in course of his action. The world we are living today, on one hand, is tremendously excelling in science and technology and on the other hand, is taking nature to its extreme worst.

Our planet has been losing its shape since the commencement of the Industrial Revolution. The daily pollution and deforestation have resulted in a severe change in climate globally. 2019 has witnessed the hits of climate change.

Europe earlier this year witnessed two subsequent heat waves in the months of June and July. July settled with all-time high-temperature records. Countries like Belgium, France, Finland, Germany suffered from these heatwaves. Angleur, a town in Belgium registered a record-breaking  40.2 °C exceeding the previous record of 38.8 °C (101.8 °F), reached in 1947. Helsinki recorded a temperature of 33.2 °C (91.8 °F), breaking the city’s previous record. France registered its second heatwave in less than a month.

More than 50 French cities surpassed their previously recorded highest temperatures. December 2018 was recorded as the hottest December in Australia ever. Even Indian states faced the consequences of rapid climate change. In May 2019, the Meteorological Department forecasted the occurrence of a strong heatwave in Chennai. The average temperature this summer in Chennai was 42 degrees Celsius. The Churu village of Rajasthan recorded the maximum temperature of 50 degrees this year.

While other states remained hungry for rain during the monsoons this year, Maharashtra suffered massive flooding. The Santa Cruz Observatory recorded a massive 214.4mm of rain in just 12 hours on September 14.

How did everyone respond

On 22nd April 2016, an agreement was signed under the United Nations Framework Convention on Climate Change(UNFCCC), called the Paris Agreement to deal with greenhouse gas emissions, adapt to its effects and also assist developing countries to do so. The main aim of this agreement is to bring various countries together against the threat of climate change by maintaining a global temperature of 2 degrees Celsius above pre-industrial levels and to pursue efforts to limit the temperature increase even further to 1.5 degrees Celsius.

As of November 2019, 195 UNFCCC members have signed the agreement, and 187 have become a party to it. 194 states and the European Union have signed the Agreement. 186 states and the EU, representing more than 87% of global greenhouse gas emissions, have ratified or acceded to the Agreement, including China, the United States, and India, the countries with three of the four largest greenhouse gas emissions of the UNFCCC members total (about 42% together)

But in July 2017, U.S. Prez. Donald Trump announced his intention of withdrawing the U.S. from the Paris Agreement but it is restricted until November 2020.

According to a recent report by National Geographic India, The Gambia, Morocco, EU, Norway are trying their best efforts to maintain the aim set by the Paris Agreement while countries like Russia, The U.S., and Saudi Arabia are failing their expectations. Famous Hollywood actor Leonardo DiCaprio time and again expresses his concerns over the rapid declining climatic conditions.

A major turnaround came when Greta Thunberg, a 16-year-old Swedish teenage environmental activist stepped up and demanded answers at the 2019 UN Climate Action Summit on why countries are not taking necessary steps to prevent this global threat. She received massive support from every corner of the planet. Climate protests took place in New York, Colorado, Canada, Los Angeles and Denver with Thunberg leading them.

2019 has faced some of the major consequences of climate change. Heatwave occurrence in Europe this year resulted in over 800 deaths due to heatstroke. In India, more than 180 people died the state of Bihar. This heatwave coincided with an acute shortage of water and droughts throughout the country. Pictures of Polar bears walking around the streets of Russia earlier this year searching for food and shelter became viral. These created a sense of urgency to stop global warming among various people and activists.

The Amery Ice Shelf in Antarctica created a 315 billion-tonne iceberg which is a little smaller than Scotland’s Isle of Skye.

2019 also witnessed the biggest and scariest wildfire in the Amazon Rainforest. This season saw a year-to-year surge in fires occurring in the Amazon rainforest and Amazon biome within Brazil, Bolivia, Paraguay, and Peru during the years Amazonian tropical dry season.

The increasing rates were first reported by Brazil’s National Institute for Space Research ( INPE) in June and July 2019 through satellite monitoring systems, but international attention was drawn to the situation by August 2019 when NASA corroborated INPE’s findings, and smoke from the fires, visible from satellite imagery, darkened the city of Sao Paulo despite being thousands of kilometers from the Amazon. As of August 29, 2019, INPE reported more than 80,000 fires across all of Brazil, a 77% year-to-year increase for the same tracking period, with more than 40,000 in the Brazil and Legal Amazon (BLA), which contains 60% of the Amazon.

On August 22, the Bishops Conference for Latin America called the fires a ‘tragedy’ and urged the UN, the international community, and governments of Amazonian countries, to take serious measures to save the world’;s lungs. Colombian President Ivan Duque stated he wanted to lead a conservation pact with the other nations that share the Amazon rainforest with plans to present this to the UN General Assembly.

How do we stop this?

The first and foremost way to prevent further degradation of climate is to become self-aware. The Greta Effect has become immensely popular and is acting as an inspiration for several schools and college students to stand against crime towards nature.

Deforestation has to be prevented at any cost to lower down the rising carbon dioxide emissions. More and more countries should join the Paris Agreement and work together with the UN to maintain Earth’s global temperature.

This is high time that we don’t overlook the red alert and work together to ensure a safer surrounding for the coming generations and for us as well.