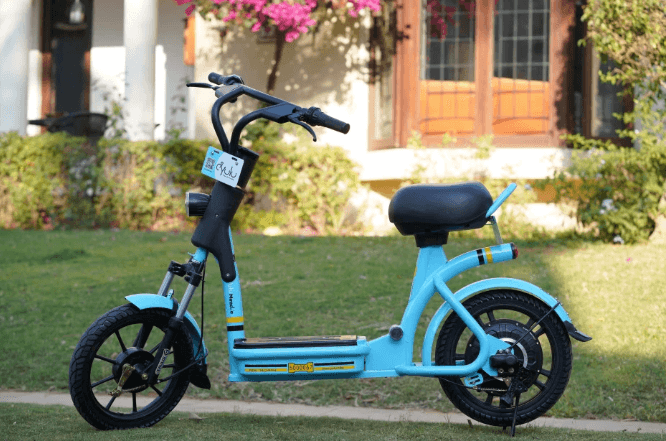 Rounding up Electric Mobility in India in 2019!
2019! I can say the year when Electric Vehicles kick-started in India. We witnessed some launches, some policy change from the government for both good and bad. In this article, I will try to rewind what happened in the EV sector in India. Let’s first talk about 4w EV launches in India The first major […]

2019! I can say the year when Electric Vehicles kick-started in India. We witnessed some launches, some policy change from the government for both good and bad. In this article, I will try to rewind what happened in the EV sector in India.

The first major launch was Hyundai Kona Electric having 39.2kwh lithium polymer battery. ARAI claimed a range of 452km. The real-world highway range of Kona is near 300km and can go up to 340km ish in city driving depending on how you drive. Priced at 23.71 lakh.

Next on December 5, was MG ZS EV unveil. With MG claimed range of 340km+, it seems a good buy. We can only tell what it will be in real life when one of our members gets a hand on one. But the other tech seems good. Connected car. Shows stats in App. Not new in the world of EV(Tesla doing since 2012), but new in Indian EV 4w.

On 19 December happened Nexon EV unveil. Tata promising a range of 300+km (again, can only tell after any member gets a hand on one). Design and tech seem exciting, but I have my doubts on the range since I saw the blunder on Kona by ARAI. Saying anything about it as of now would be too soon. Launch expected in January.

This year tata also launched extended range Tigor EV with MIDC claimed range of 213km with 9.44L for the fleet user (due to FAME2 subsidy) and 12.59L for personal users (no FAME2 subsidy for private buyers). Tigor EV is converted to EV from its ICE equivalent. While I won’t recommend for personal buyers, but fleet owners should go for it. Savings for them would be huge in the long run.

Now, coming to some major Electric 2w launches this year.

First let's talk about the Tesla electric 2 wheelers in India, Ather Energy! Priced at 1.31L and can give you a city range of 85 or more km. It’s connected scooter & it has OTA updates). All stats on the app and has a screen on the scooter for GPS. Read on our blog the 5000km Ather 450 ownership review. Ather is currently selling every vehicle that they can manufacture. They also established a charging point- Ather Grid.

Next up was the launch of Revolt RV400. With a real-life city range of up to 125km, it’s an attractive option. Tracking and stats via the app. Launched in Delhi & Pune for now, the revolt has established swap stations, named Revolt Switch. The revolt has its MRP(My Revolt Plan), for the most expensive version, 3999/ month for 37 months. It includes service(consumables too) & insurance for the first 3 years also. Read on our blog the detailed Ownership Review of RV400.

Next was the Bajaj Chetak Electric unveils. With a claimed range of 85-95km. It seems like a nice scooter. Now all are on the bajaj if they want to sell it or not. With sales beginning next year, we hope to get a real-life ownership review.

There were some launches from Okinawa, Hero, and PureEV too. I am not into them much. But our friends at Plug-In India have lists and reviews of all-electric scooters.

TCIN did the economics of owning ICE 2w vs EV 2w. Here are some of our takeaways:

So what we infer from this table:-

The government of India sanctioned 5595 Electric Buses in the country under Fame 2 this year. This is a major push. Apart from private vehicles, there is much more need to electrify commercial vehicles like buses and trucks. J&K, West Bengal, Maharashtra, Himachal, Assam have started services of E-buses in some cities. Delhi and UP are also expected to get E buses soon.

Coming now to the next major hurdle for EVs, charging infra. It’s true that India lacks it.  Setting up a charging infra is so easy. There is a plug, there is a charging point. But, some people think that they first need thousands of chargers everywhere first to buy an EV. YOU DON’T!

People who have their own houses can home charge easily. Also, important is charging at the workplace. Offices, private or government should be made mandatory to have charging point prioritizing those employees who can’t home charge. I think a major part of the problem would be solved.

Meanwhile, the Government of India is planning two highways as Electric Vehicle Corridor by 2020. On the Yamuna Expressway (between Delhi and Agra) and the National Highway 48 (between Delhi and Jaipur), 18 charging stations will be set up near toll plazas on the two routes. So, I can say that charging infra is coming up!

What were the Government policies in 2019?

All states have set aggressive deadlines for E mobility, charging infra and manufacturing. Delhi, Goa, Karnataka, Maharashtra and Tamil Nadu implemented 0 road tax for EVs (each state has their limits). Which is of great benefit for EVs, making them more competitive and attractive compared to ICE equivalents (on which road tax can vary from 8-20%).

Delhi Government has also passed its EV policy recently aiming for 25% EVs by 2024, waiving Road tax and registration fee. Mandating for all new housing and workplaces to have at least 20% of spots of parking for EVs. It has been reported that societies are not allowing EV owners to have a charging plug-in parking.

Hoping that all states release their EV policy for a push to E mobility.

In the after election budget, Center Government made some announcements for Electric vehicles. And I couldn’t have been happier.

The government of India reduced GST on EV to 5%. This is huge since ICE is taxed at 28%. It is a kind of indirect incentive for customers.

The government also reduced GST on chargers to 5% which was earlier at 18%. It also gave a tax break of 1.5L a year and a maximum of up to 2.5L on the interest of loans taken for EVs. This will be different from other savings you do.

This year, the government also planned bids for multiple battery factories of total 50Gwh. This would be a major push as we don’t have battery manufacturing in India and also lithium isn’t available here. There was news that GOI was securing lithium supply from Australia.

According to LiveMint reports, India will need six such gigawatt-scale facilities (of 10GWh each) by 2025 and 12 by 2030. While this doesn’t include the export market potential, the base scenario envisions 11 such Giga factories by 2025 and 24 by 2030.

Some other electric vehicles which came in 2019 are Yulu, Lithium Urban and Blu Smart.

Yulu is a rental service of a small electric bike. They recently partnered with Delhi-Metro. One can unlock a e-bike via app & use it. This also ensures last mile connectivity as it also allows the user to keep them overnight for a fee. They are also operational in other cities like Mumbai. Bajaj invested $8 Million in Yulu recently.

Lithium urban is a fleet service consisting of EVs from Mahindra & Tata. They have partnered with several companies for the transportation needs of employees.

Blu smart is an electric taxi service. Operational in Delhi, Mumbai. As of 8 November, they crossed 1 million miles & had 140 EVs in service being daily driven nearly 30000km. So they must have crossed 2 million miles by now & have added some more cars to their fleet.

There is a lot happening in E mobility in India. And it is not possible to cover in a single article.

Charged up to see what happens in2020!