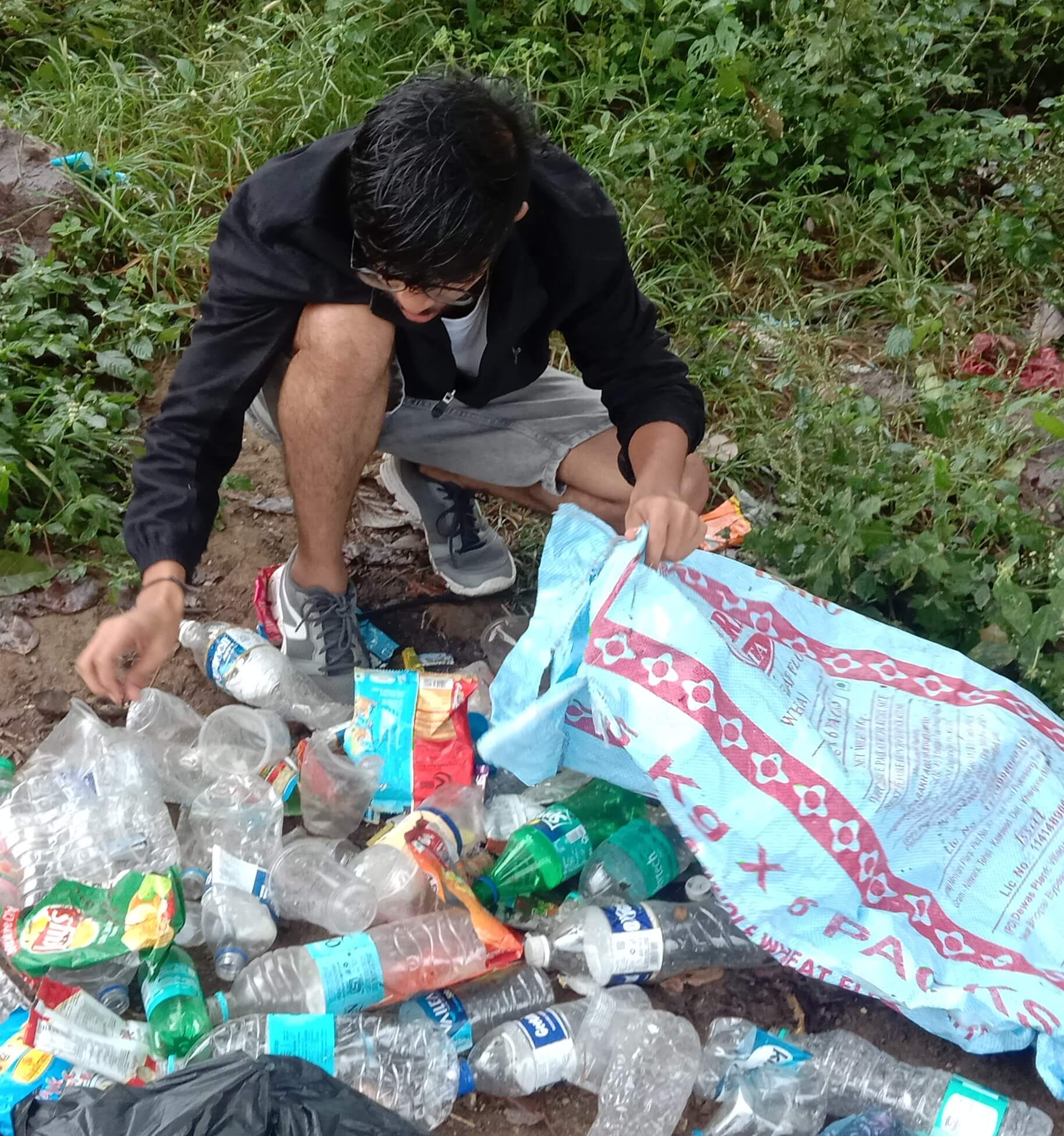 Pune Ploggers: Mission For A Clean And Plastic Free Pune
Plogging was never introduced to Pune citizens and now, since September Pune has more than 100 ploggers plogging in the city.

Pune has seen a huge rise in population in the last 10 years. With the rising population, issues like pollution and waste management have become a grave concern.

There is quite a good number of people in the city who go for a morning jog. Mobilizing them in one additional activity while doing their daily routine jogging was a better thing to do instead of asking them to join us for a cleanup drive.

Plogging was never introduced to Pune citizens as a routine and that's when I decided to be a pioneer of Plogging in Pune which has now become a fitness trend since September with more than 100 ploggers plogging in the city.

Hectic Work life has made people face health issues like obesity and diabetes. Plogging for health and cleanup is addressing concerns for both - Health and Environment in one GO!

I am trying to address - Plastic Pollution Crisis and Advocate For SDG15 - Life On Land. Conservation of Biodiversity is need of the hour and Plogging is my way to act for it.

Plogging combines going for a morning walk or run with intermittent actions like squats and bending to collect plastic, which actually sounds like a pretty satisfying workout. It’s two words put together - pick and jog!

One does not necessarily have to run or jog - plogging can be done walking down the road, while biking, cycling, swimming or wherever you are.

You do not have to set a separate plan to do it and can be a part of any routine activity you do on the streets. Multitasking - is the KEY and it saves nine!

Plogging is itself a unique idea actually set up to address the mindset and attitude of citizens towards cleanliness and waste management. We want to change this basic idea of calling sanitation workers - Litter Pickers.

People's reaction has changed from calling us - 'Kachrawalas'  to 'Eco-Warriors'!

We want to be the 'Proud Trash Managers' and make people realize its all their waste which is ending up in landfills. Reactions won't matter until we are ourselves clear with this basic thought.

So, how do we organize Plogging runs in the city?

We fix the spots for upcoming plogging runs in advance and create events on our social media handles. People who wish to join can register or join us directly on spot.

We try to cover different areas in the city every week to reach out to a larger audience. I personally travel to places where people need a basic orientation to start a plogging movement on their own. We have teams in different cities like Dehradun, Mumbai, and Kolhapur. We are connecting Ploggers from different cities now and are trying to come up with simultaneous Plogging Runs to raise awareness about Health and Plastic Pollution Crisis. We usually see around 20-50 participants daily.

Senior Citizens, SHGs, NSS College Groups, Swachh Bharat Teams, and schools have been a part of our past plogging runs in the city and many other corporate teams have approached me to arrange one day runs for their employees. I think people are getting aware and it’s a huge achievement.

Pune Ploggers has completed 10 weeks and conducted more than 50 Plog Runs across the city. We have collaboration with Local Trash Collectors and Pune Municipal Corporation Solid Waste Management department who have been helping us in recycling the plastic collected. Other waste is sent for composting and further treatment. We have collected more than 1400 kg Plastic and more 3000 kg trash till now which itself is a huge collection.

We have also started with another initiative called The Hill Plog where we have set a target to clean up hills in Pune in the next few months. Hill plogging involves trekking, jogging and plastic collection. This is helping us conserve the biodiversity-rich hills here and contribute to Sustainable Development Goal 15 - Life On Land.

Our efforts were recognized by the Embassy of Sweden in India, Mann Ki Baat Team, Pune Municipal Corporation, All India Radio ( Akashwani)-Pune and many other media channels.

I wish this becomes a collective effort of all the stakeholders and turns into a mass movement with public participation.

(Vivek is the founder of Pune Ploggers. A Software Engineer by Profession, he has been an ardent advocate of Sustainable Development Goals laid by the United Nations. He is also a REX Karmaveer Chakara Awardee and Global Youth Ambassador at UN. Biodiversity Conservation through different initiatives has been his major focus. His instagram. Follow Pune Ploggers on instagram and twitter)