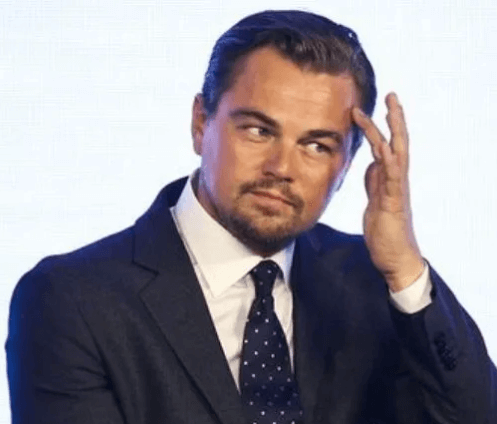 Hollywood actor and climate Activist Leonardo DiCaprio took to social media to bring attention to the severe pollution levels in New Delhi by posting about the mass protest organized by the citizens of Delhi on November 5 at India Gate.

Air pollution in India is estimated to kill about 1.5 million people every year, read Leonardo’s post

"Over 1,500 citizens gathered in at India Gate in New Delhi, to demand immediate action on the city's hazardous pollution levels. According to the World Health Organisation, air pollution in India is estimated to kill about 1.5 million people every year; these statistics make air pollution the fifth-largest killer in India...” his post read.

Air Quality Index in Delhi and neighboring cities crossed the ‘severe’ category in recent weeks, leading to concerns over health. Experts have pointed out that crop-residue burning by farmers in neighboring states is one of the contributors to air pollution, but the situation has also been made worse by vehicle emissions and large-scale construction activities within Delhi.

Protest at India Gate has an international impact

“Even Leonardo DiCaprio is feeling the misery of us citizens and could see through the children’s images that he shared from their posts but it’s sad that our PM has not felt the need to connect with his citizens in this state of emergency,” said Bhavreen Kandhari, an Environmentalist.

“Thousands and thousands of letters, emails, and postcards were written to the PM in #BachonKiMannKiBaat by the children earlier this week. The country is waiting to hear him; he must speak up and take charge before it’s too late!” she added.

Aditya Dubey, a student environmentalist said, “It’s ironic that though our #RightToBreathe protest at India Gate has had international impact and has been able to draw the attention of International Celebrity Leonardo DiCaprio who has written a long Instagram post expressing his concern about the air pollution level in Delhi, but it has not woken up our political leaders who have till now failed to take any concrete steps to solve the air pollution problem of Delhi.”

He added that the Delhi Government still remains in stupor. It has neither any ideas nor intent to resolve this issue, it has left the fate of the millions of citizens of Delhi on the vagaries of wind direction.

"It's great to have international support for our initiatives in India. Seeing that Delhi is the most polluted capital city in the world, there is a need for a global outcry as well as international support for the betterment of our environment. We have been striking since a long time with Fridays for future India and it seems now finally people are waking up to the reality and urgency of addressing the climate and pollution crises." said Aman Sharma, a climate activist.

He added, "Leonardo Di Caprio's post has helped us garner more support and create awareness about Delhi's plight, so we can move forward together and collectively urge our policymakers to take action and to take it right now! We will keep striking till every child in our country has access to clean air and water and till our demands are heard and changes are made in our current system that has sidelined the environment as a niche or secondary issue! I hope this also serves as a wake-up call for our policymakers to pull up their socks and save our world from collapse!"

This isn’t the first time DiCaprio has brought attention to Indian environmental issues. In June, he took to Instagram to bring attention to Chennai’s water crisis. He did this by sharing a post by BBC. He wrote, “Only rain can save Chennai from this situation.”