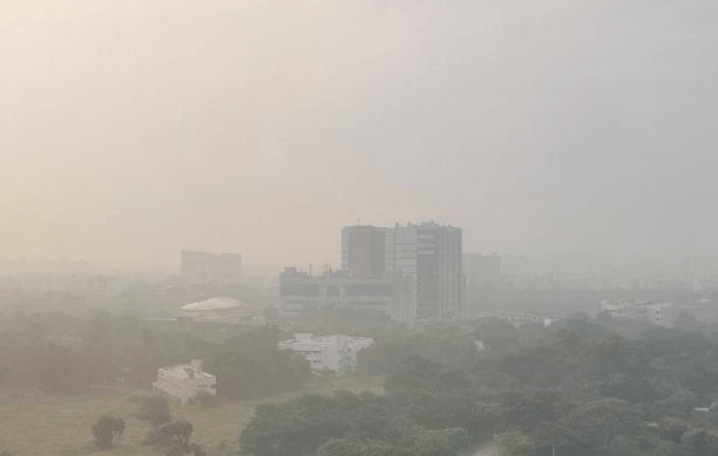 Schools in Delhi-NCR To Remain Shut For the Next Two Days As Pollution Levels Rise
Schools in Delhi-NCR will remain shut for the next two days due to the spike in the pollution levels, The Environment Pollution Prevention and Control Authority (EPCA) ordered.  It has advised people to avoid outdoor exposure and to work from home wherever feasible. It has also asked industries not running on clean fuels to remain […]

Schools in Delhi-NCR will remain shut for the next two days due to the spike in the pollution levels, The Environment Pollution Prevention and Control Authority (EPCA) ordered.

It has advised people to avoid outdoor exposure and to work from home wherever feasible.

It has also asked industries not running on clean fuels to remain closed till Friday.

"All coal and other fuel-based industries, which have not shifted to natural gas or agro-residue (with exception to power-plants) to remain closed in Faridabad, Gurugram, Noida, Greater Noida, Sonepat, Panipat and Bahadurgarh and Bhiwadi till November 15. In Delhi industries, which have not yet shifted to PNG, to remain closed till November 15," it said.

"In addition, keeping in mind the hazardous exposure to children, CPCB Taskforce has recommended, which EPCA is directing, that all schools must remain shut for the next two days," it added.

The spike in pollution came on a day when the Delhi government lifted restrictions under its odd-even road rationing scheme.

The overall air quality index (AQI) in the city was 494 on Wednesday morning, according to the monitoring agency SAFAR.

Most of the 37 air quality monitoring stations across Delhi recorded air quality in the severe category.

"No sudden recovery is expected at least for the next two days and the AQI is likely to deteriorate further towards severe-plus category by tomorrow. The condition may slightly improve by November 15," SAFAR said in a report

Weather experts said the national capital recorded a minimum of 11.7 degrees Celsius, the season's lowest so far on Tuesday morning. It is two notches below normal for this time of the year.

A dip in the wind speed and temperature makes the air cold and denser, leading to accumulation of pollutants, said Kuldeep Srivastava, head of the India Meteorological Department's regional weather forecasting centre.

The Supreme Court has asked the Centre to explore the possibility of using hydrogen-based fuel technology to find solutions to fight air pollution in Delhi.

The government, in reply, told the court that it is exploring technology, including those from Japan, to tackle air pollution. It will submit a report by December 3.

Solicitor General Tushar Mehta told the bench that a university in Japan conducted a research keeping in view the air pollution in the National Capital Region and northern India.

The solicitor general introduced to the bench a researcher from a university in Japan, Vishwanath Joshi, who apprised it about the hydrogen-based technology that has the potential to fight air pollution.

"Now that it is getting colder, the air is not rising high enough to disperse pollutants. The whole trapping is happening close to the ground," Anumita Roy Chowdhury, an executive director at Centre for Science and Environment, was quoted as saying by news agency Reuters.