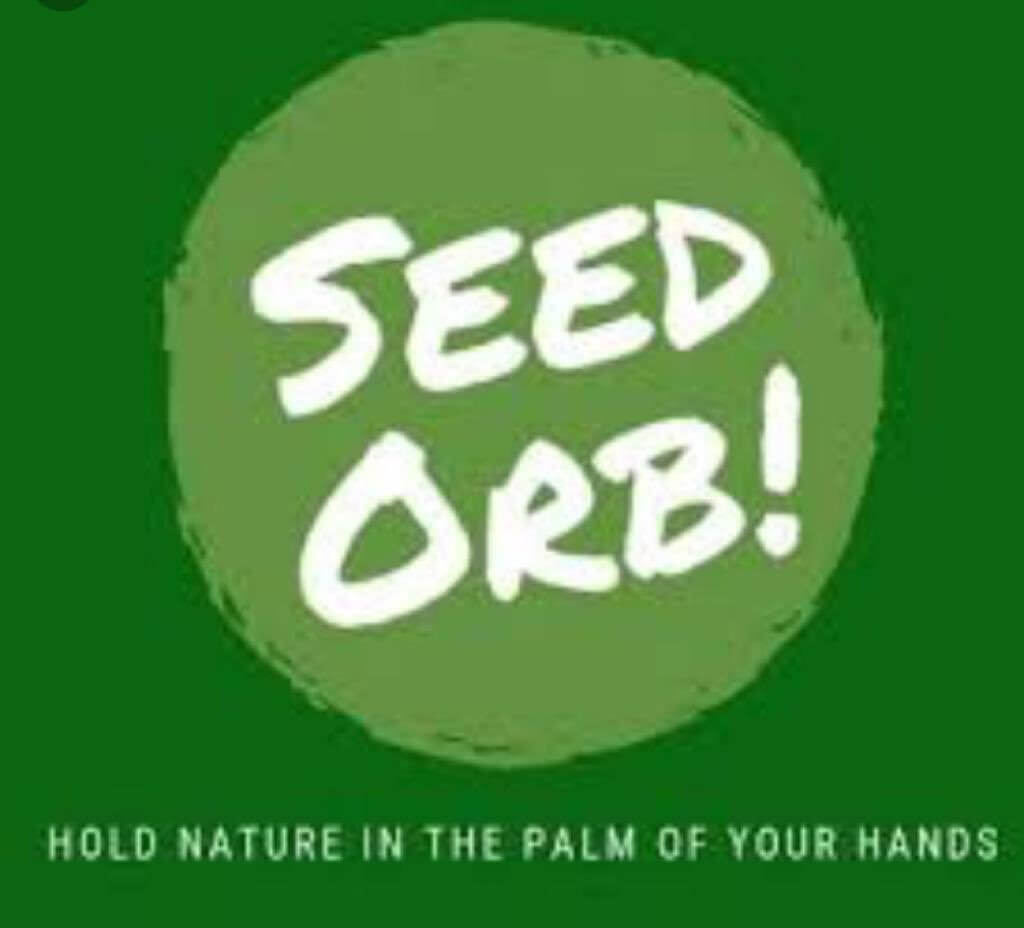 Seed Orbs: My Path To Planting A Million Trees
Life as we know it is under threat. The threat is not immediate but is surely imminent. This threat is not from an extraterrestrial attack or even the third World War, but from the war that humanity is busy waging against the environment. Over the past few centuries, various uncontrolled and irresponsible human activities have […]

Life as we know it is under threat. The threat is not immediate but is surely imminent. This threat is not from an extraterrestrial attack or even the third World War, but from the war that humanity is busy waging against the environment.

Deforestation, main cause of environmental destruction

One of the major causes of these environmental problems is Deforestation, which refers to the clearing of Earth's forests on a massive scale, often resulting in damage to the quality of the land. Forests now cover only about 30% of the world’s land area, but even these will vanish if deforestation continues unabated at such a large scale.
It’s common knowledge that there can be no life on this planet without trees. During photosynthesis, trees and other plants absorb carbon dioxide and give off oxygen. All living things need oxygen to survive and the only source of oxygen is the humble and uncelebrated ‘Tree’.

An average tree gives sufficient oxygen in one year to provide oxygen for a family of four and one acre of trees can remove up to 2.6 tons of Carbon Dioxide each year! Trees also play an important role in controlling global warming and pollution.
These facts are well known to everybody but surprisingly our concern for the environment and our dedication to planting trees seems to be limited to reading about it in books and worrying about it in debates and seminars. There are only words and little action.

It’s rather ironical that we humans who are willing to do just anything to survive, who spend billions of rupees to research on medicines and other ways to prolong life, have no interest in spending few minutes and a nominal amount of money on planting a tree, which is the ultimate source of life on earth.

‘Plant A Million Trees’ Initiative was born, in the Year 2016, as a response to these problems, while I was in the middle of another bout of Asthmatic Respiratory Infection and Chest Congestion caused due to the critically high levels of air pollution in Delhi-NCR.

As Delhi’s Industries, millions of carbon-spewing vehicles and deforestation continued to play havoc with the respiratory systems of thousands of children like me and other vulnerable classes, it finally had dawned on me that no help was coming. The world could only offer me antibiotics, steroid puffs, air purifiers and nebulizers but there was no permanent solution to our situation, till the air pollution of Delhi gets reduced.

Pollution as an issue has always been pretty low on the priority charts of political classes and the governments of the world, as the people, including those who are suffering from its dire consequences, still do not vote on this environmental issue. Thus, no one was dealing with Delhi’s rising air pollution with the sense of urgency that I, and many others like me, felt and needed.

So, what was the option for 13-year-old me? I could either live my life cribbing that not enough is being done by the State OR I could try to do something myself about it, which though may not resolve the problem of air pollution, but at least be a small step in that direction.

Hence in April 2016, I started my tree planting campaign with a less fancy “Plant a Thousand Trees’ Initiative. Believe me, the number ‘Thousand’ looks like a huge number when you are 13-year-old and my declaration to plant a thousand trees made me a butt of jokes at school and amongst my friends, Till September 2016 when I finally managed to reach my target by completing plantation of 1000 saplings!

1000 trees may have not changed the pollution levels in my city, but at least it got people into taking my campaign more seriously and thus support for the campaign grew.

Why not plant a million?

But the human heart is greedy and once it attains one goal, it immediately starts wanting more, so, in September 2016, I revised my goals and rechristened my campaign to ‘Plant A Million Trees’ Initiative. Maybe because that was the largest number, I could imagine at that time. This had one major unintended consequence. The jokes, which had faded after attaining the first target were now back multiplied by a factor of a thousand.

However, with some genuine friends supporting me, I survived all this and went on to plant 3200 trees by the end of the Year 2018. But, this still left me very very far from my final goal of one million trees and the principal reason for this was the lack of space available to plant such a large number of trees. In a city as densely populated as Delhi, one can’t just go and plant a million trees wherever she or he wants, without government permission.

During the years 2017 and 2018, I had repeatedly written/tweeted to every possible authority from the Prime Minister of India, the Chief Minister of Delhi to the forest department officials seeking permission to plant a million trees at any designated place. However, no one cared to respond to this stupid and seemingly imaginary request from a 14-year-old, which almost lead to stalling of our campaign.

Things had begun to move very slowly. By July 2019, I had turned 16 years old and developed enough common sense to understand that to wait for governments to respond on non-vote catching issues was senseless and so it got me thinking on an alternate plan. It was at this desperate and dejected stage of my life that Seed Orbs made an appearance in my tale.

I don’t even remember how, when and where I came across an article about seed balls but that article really changed my life.

What are Seed Orbs?

Seed Orbs (also known as Seed Bombs) are seeds wrapped in a small amount of fertilizers and then coated with clay. Seed Orbs are the easiest way of planting trees during the monsoon season. One only has to throw the orbs in open fields/parks and during rain, the outer cover will dissolve and the sapling will grow out of the orbs and catch root. In fact, research shows that seed orbs have a 20% better survival rate than saplings, which are planted in the ground.

The ease of making and planting a seed ball amazed me. It made me feel like a superhero who could just go around throwing seed balls and trees would erupt, making the world a big green pollution-free forest. The more I researched about seed balls, the better they looked like an alternate option to sapling plantation.

Seed Balls were easier to make, cost-effective, had their own supply of fertilizer so didn’t need much help from humankind to grow and were easy to transport, distribute and plant. Another advantage was that by distributing the seed orbs amongst citizens and making them plant it at a place of their choice, we could ensure a dispersed plantation in all parts of the city and also overcome the handicap of not having sufficient space for plantation at one place.

'Each One, Plant One'

Thus, another stage in the life of Plant, A Million Trees began and on 19thJuly 2019, we launched the ‘Each One Plant One’ Campaign where under I undertook to distribute one hundred thousand seed orbs amongst students and citizens and ask them to plant the orbs near their houses or offices and take care of them.

The first seed orb distribution event was conducted at my school on 19thJuly itself and we successfully distributed around 6000 seed orbs amongst parents and teachers during the Parents Teachers Meeting. Most of the people received the orbs with an unexpected enthusiasm and were amazed and pleased to know how easily they could contribute to the battle against air pollution by planting trees via the seed orbs mode. Though, I have to admit that we did meet a few adults who refused to accept the seed orbs even though they were being distributed free of cost.

The positive word about my seed orbs spread pretty fast on social media, thanks to Twitter, Facebook, Instagram and WhatsApp and my campaign got further accelerated when photos started getting posted of tiny saplings emerging out of the seed orbs after the completion of the germination period. The pictures of cute green stems with small leaves poking their head out of the soil like little babies sticking their neck out of their stoles, stole the heart of even the haters and the uninterested.

Things moved pretty fast after that, we started getting queries from various Schools, Resident Welfare Associations, Colleges, NGOs, environmentally conscious citizens and students who wanted to distribute the seed orbs and play a role in reducing the air pollution levels in Delhi. We even received requests from far off cities like Kolkata, Allahabad, Mumbai, Lucknow, Gorakhpur, Kullu, etc. and the crowning point was when we got a request from Sri Lanka.

Since we continued to get more requests for seed orbs, we enhanced our target from 1,00,000 seed orbs to 1,50,000 seed orbs but so great is the support and enthusiasm of the people of Delhi-NCR for the seed orbs that we still continue to get requests for more. Not only students, but working professionals also started writing to us that they wanted to hold their own plantation event through their offices or resident associations.

Is it enough to combat air pollution?

In fact, recently the father of a 6-year-old girl wrote to us that his daughter wanted seed orbs as she wanted to gift the same to her friends on her birthday. The concept of Seed Orbs as a gift is really beginning to catch on.

Now, as the monsoon season comes to an end, we plan to bring down the curtains on this phase of our seed orb campaign. But in April 2020 we will be back with the same vigor and hope to create the same level of enthusiasm in the people for planting seed orbs, so that we are able to ensure plantation of more trees till we meet our final target of the plantation of one million trees.

The question that arises now is whether one hundred fifty thousand trees are enough to combat the critical air pollution crisis that we face?

Then what purpose does it serve?

In my opinion, the primary contribution of my campaign is that it brought more than one hundred thousand families, who on an average total up to five hundred thousand people, out of their homes and closer to nature, whether to a park, a garden or a field, to plant a seed orb and take care of it.

The campaign connected these people to nature, to trees, and to the soil and I believe that there can be no better feeling than that of watching a seed orb gradually grow into a sapling and then into a baby tree.

One who has witnessed this miracle, cannot escape falling in love with nature. My campaign rests on the faith that those who have entered into this romance will continue to be soldiers of nature for life and will continue to contribute to its protection and well being, even long after my campaign is over and forgotten!