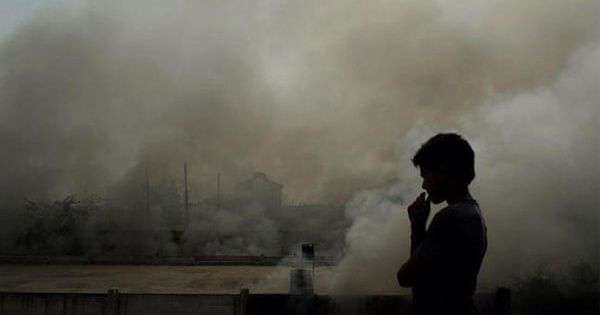 Delhi has always been infamous for being the most polluted city but Maharashtra is not far behind in terms of air pollution.

Many cities in Maharashtra including Mumbai were also late in submitting an effective action plan to fight the menace.

Air in 2018 most polluted in 20 years in Maharashtra

Another data gathered by the Central Pollution Control Board (CPCB) was released in the Lok Sabha by the Union environment ministry in June this year showed that Mumbai’s level of PM 10 in 2018 was the highest in over 20 years.

Other cities in Maharashtra like Pune, Nagpur, Nashik, and Aurangabad witnessed an increasing trend of PM10 levels. Thane was the only city that recorded a decreasing trend.

Over 1 lakh people dead in Maharashtra because of air pollution

However, the most shocking news is that because of air pollution, 1,08,038 people lost their lives in Maharashtra in 2017, according to a study published in The Lancet Planetary Health last year.

The state saw 86.9 air pollution-related deaths for every one lakh people, making it the 15th in the average deaths in the country. The study also revealed the average life expectancy of Maharashtra would have been 1.5 years higher if the air pollution levels were less.

Nagpur most polluted city in Maharashtra in 2016

Out of the 32 cities of India which were highlighted in the WHO’s data for the year 2016, six were from Maharashtra. Nagpur was ranked 24th globally and 17th out of 32 in the country.

Pune, Navi Mumbai, and Solapur came after Mumbai. All these six cities of the state recorded PM levels which were dangerously more than the permissible limit set by WHO.

Power plants, a major source of pollution in Maharashtra

In a 2016 study, System of Air Quality Weather Forecasting And Research (SAFAR), a project of the Indian Institute of Tropical Meteorology, Pune, generated data to identified sector-wise causes for air pollution in Mumbai.

Emissions from industries and power plants remained the major cause of Air pollution (35.82%) while biofuel emissions stood at second. Biofuel burnt in Mumbai’s slums for household purposes was contributing 27.05% to the pollution.

About 21.2% of pollution is due to the suspended dust that rises from unpaved roads. There was also a rise in the vehicular population.

A report published in January this year says that Maharashtra, with 17 cities including Mumbai, tops the environment ministry’s list of 102 non- attainment cities where pollution levels are not meeting the set standards.

“The air pollution of Mumbai is not highlighted as much as that of Delhi.” Abhishek Chakraborty from IIT Bombay said.

Certainly, Maharashtra needs to take air pollution more seriously than it does.