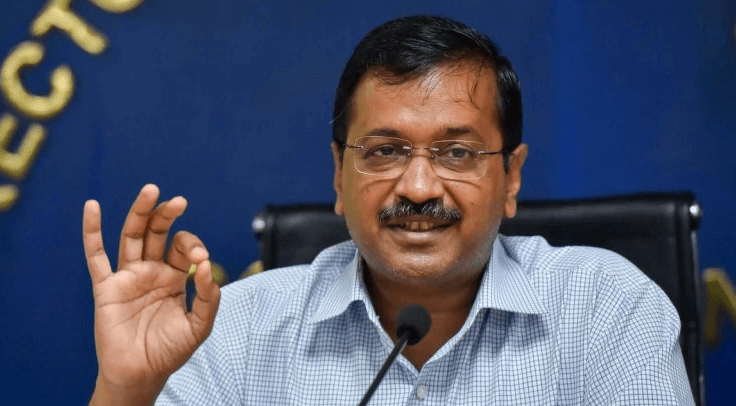 With the aim of reducing air pollution in New Delhi, Chief Minister Arvind Kejriwal has come up with a seven-point plan to improve the air quality in the city.  Kejriwal said the pollution levels in the city had dropped by 25 per cent. He claimed that Delhi is the only city where the pollution is […]

With the aim of reducing air pollution in New Delhi, Chief Minister Arvind Kejriwal has come up with a seven-point plan to improve the air quality in the city.

Kejriwal said the pollution levels in the city had dropped by 25 per cent. He claimed that Delhi is the only city where the pollution is going down rather than increasing. The Chief Minister had last week sought suggestions from the public on how to prepare for the crop burning smog season.

In one week, the government has received 1200 emails from citizens, based on which the ‘Parali Pradushan Action Plan’ has been designed. This is in addition to the Graded Response Action Plan (GRAP).

The Delhi government is procuring masks on a large scale, making it available to the people for their use. The masks will protect people from damage due to pollution and ensure they are safe.

Delhi Government will organise a community Diwali laser show on the eve of Diwali. In the winter season, the temperature inversion leads to stagnation of the polluted air and causes breathing troubles for humans and animals.

Using crackers to celebrate Diwali will exacerbate the problem. All of us will come together and celebrate on the eve of Diwali with a mega laser show.

Two Environment marshals will be appointment for each ward in Delhi, who will work with RWAs to ensure no such burning takes place.

In order to control dust on roads, the frequency and area of water sprinkling will be increased. Sweeping the roads will be completely mechanized and will collaborate with MCDs in this respect.

Special plans will be devised to deal with the 12 identified pollution hotspots in the city. This would also encompass measures to curb the common practice of leaf-burning, which is a common practice in winter season.

Delhi Government is launching the ‘Delhi Tree Challenge’. Whoever wants to plant a sapling in or around their homes, the government will home deliver the sapling to people’s homes.

“I don’t think it (odd-even) is needed. The Ring Road (in Delhi) that we have built has significantly reduced pollution in the city and our planned schemes will free Delhi of pollution in the next two years,” Gadkari told media.

Expressing confidence that the action plan will help to combat air pollution during the coming months, the Chief Minister recalled how the city turns into a “gas chamber” due to the huge air pollution caused by smoke coming from Punjab and Haryana.