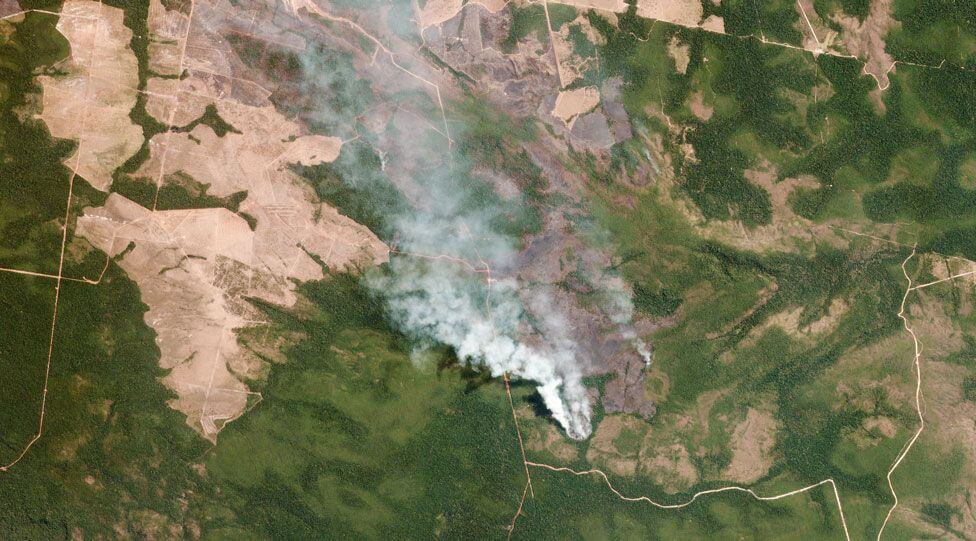 Everything You Should Know About Amazon Rainforest Fire
Amazon rainforest, the world’s largest  rainforest is at the risk of getting burned out completely. The rainforest, which contributes almost 20 percent of the earth’s oxygen, has been burning for over 16 days resulting in a major loss of trees and biodiversity.  The rainforest is burning record numbers of fires this year. According to the […]

Amazon rainforest, the world's largest  rainforest is at the risk of getting burned out completely. The rainforest, which contributes almost 20 percent of the earth’s oxygen, has been burning for over 16 days resulting in a major loss of trees and biodiversity.

The rainforest is burning record numbers of fires this year. According to the National Institute for Space Research (INPE) satellite data showed an 83 percent increase compared to the same period in 2018. The space agency reports its satellite data has detected more than 72,000 fires since January 2019.

More than 2,500 fires are active in the Brazilian Amazon, the BBC reports.The official figures show more than 75,000 forest fires were recorded in Brazil in the first eight months of the year - the highest number since 2013. That compares with 40,000 in the same period in 2018.

Amazon rainforest fire impact can already be seen in different regions in South America including the Atlantic coast and Sao Paulo, Brazil’s largest city. It has even caused skies to darken in São Paulo - more than 2,000 miles (3,200km) away. A dark, smoky cover seemed to envelop the city and the rain that poured down smelled like smoke.

Forest fires are common in the Amazon during the dry season, which runs from July to October. They can be caused by naturally occurring events, such as by lightning strikes, but also by farmers and loggers clearing land for crops or grazing. But the year 2019 has seen an unprecedented rise in the number of fires and their intensity. The worrisome fact is that the burning has increased at a time when there is a huge decrease in the rates of deforestation in Brazilian Amazon.

According to the World Wide Fund for Nature (WWF), the combination of climate change and deforestation increases the drying effect of dead trees that fuels forest fires. One of the main reasons the Amazon has seen record fires this year, is due to deforestation. Thousands of acres have been burned and destroyed by the numerous wildfires sweeping Brazil.

Environmental groups have blamed Brazil's far-right president, Jair Bolsonaro, for the endangerment of the vital rainforest. They accuse him of relaxing environmental controls in the country and encouraging deforestation. However, Bolsonaro accused non-governmental organizations of burning down the Amazon rainforest to hurt his government, as a growing global outcry against the wildfires raged through social media.

Meanwhile, France’s president, Emmanuel Macron, has said the fires in the Amazon are an “international crisis” and called for them to be top of the agenda at the G7 summit.

Bhavreen, an environmental activist said, “Why are we in a hurry to bring about hell on earth? If it wasn't bad enough already! This is not due to climate change, ignorance, or waste. This is a deliberate tactic that agrobusiness use, considered to be Illegal under protected land, which had only been guarded by Indigenous People’s alone for the last two years since the Bolsonaro Regime has done nothing for it. The whole world must stand together against this terror!”