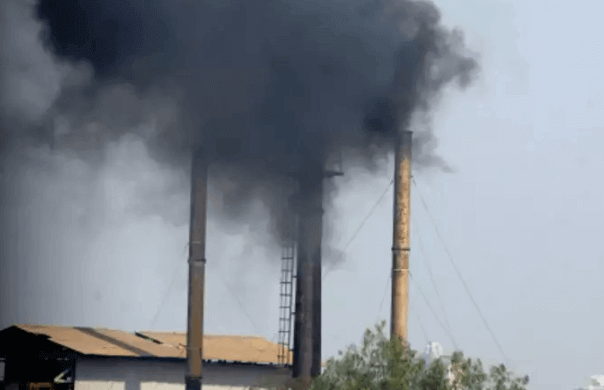 NGT Sets 3-Months Deadline To Shut Polluting Industries Across India
Contending that economic development cannot take place at the cost of public health, the NGT has directed the Central Pollution Control Board to shut down polluting industries in “critically polluted” and “severely polluted” areas within three months. On the basis of a study jointly carried out by the CPCB and state pollution control boards in […]

Contending that economic development cannot take place at the cost of public health, the NGT has directed the Central Pollution Control Board to shut down polluting industries in "critically polluted" and "severely polluted" areas within three months.

On the basis of a study jointly carried out by the CPCB and state pollution control boards in 2009-10, industrial clusters were notified as Polluted Industrial Areas (PIAs) and they were ranked as 'critically polluted area' (CPA), 'severely polluted area' (SPA) and 'other polluted areas' (OPAs), depending upon the Comprehensive Environmental Pollution Index scores.

A bench headed by NGT chairperson Justice Adarsh Kumar Goel directed the CPCB to assess, in coordination with the state pollution control boards, the quantum of compensation to be recovered from polluting units for the period of last five years, taking into account the cost of restoration and cost of damage to the public health and environment and the deterrence element.

"The scale of deterrence may be related to the period and the frequency of defaults. Such other factors as may be found relevant may also be taken into account.

"No further industrial activities or expansion be allowed with regard to 'red' and 'orange' category units till the said areas are brought within the prescribed parameters or till carrying capacity of area is assessed and new units or expansion is found viable having regard to the carrying capacity of the area and environmental norms," the bench said.

It, however, made clear that white and green or non-polluting industries which are not causing any pollution will not be affected by this order.

It directed the CPCB with the assistance of experts to compile information with regard to polluted industrial areas based on water and air pollution norms and notify such information on public domain within three months.

The tribunal also directed the Ministry of Environment and Forests to take steps for enforcement of action plan for improvement of the situation.

The green panel sought a compliance report by the CPCB after three months by email and posted the matter for hearing on November 5.

The tribunal took note of a media report which said that the CPCB had started a process to rank 88 industrial clusters across the country based on their pollution levels.

The report said that the CPCB has recently completed the analysis of the levels based on air and water quality and hazardous waste generated by these clusters.

According to the media report, the state pollution control committees and the CPCB had conducted surveys in 2009-10 to check pollution levels in the 88 notified industrial clusters. Thereafter, the CPCB had ranked these clusters under 'critical' and 'serious' categories.