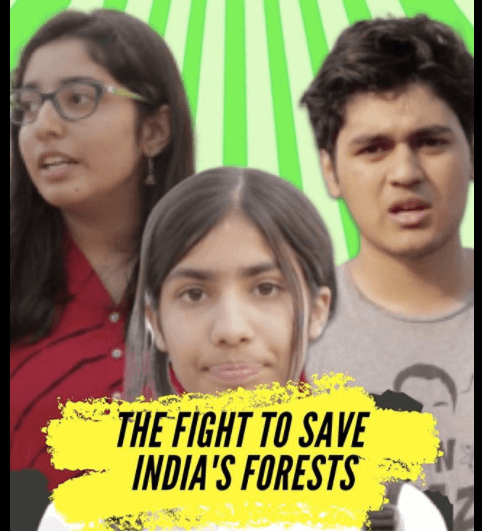 Saving city forests with young climate activists
Over the past year, young people around the world have united in the fight to change the system and combat climate change. These young activists are now seeing a direct correlation between a clean environment, thriving flora and fauna, and quality of life.

Over the past year, young people around the world have united in the fight to change the system and combat climate change. These young activists are now seeing a direct correlation between a clean environment, thriving flora and fauna, and quality of life.

India has been trying to achieve its target of keeping 33 percent of its geographical area under forest cover for decades, but the 2017 State of Forest report shows that it is still struggling to get above 22 percent.

India has seen rapid deforestation in recent years, primarily due to its focus on economic development. According to government data, 14,000sq km of forests were cleared to accommodate 23,716 industrial projects across India over the last 30 years.

But, young climate activists are fighting to save the forests in India.

"Several forests, about two-third of Haryana have been encroached for development purposes. The government decided one day they want to build a road without thinking of the consequences," says Jai Nakra, a young environmentalist.

Another young environmental from Gurugram, Taarushi talks about how in the last five years, there has been an increase in the effects of climate change from droughts, hurricanes to floods. she further talks about a recent study which says that climate change and rising sea levels eventually may wipe out one of the world’s last and largest tiger strongholds.

For Haryana, where air pollution is high, green belts are few and far between, the presence of the forests, especially Aravallis is the lifeline for the city’s residents and the last vestige of hope for the city’s fast-degrading environment.

"Haryana has only 4% of forest cover which is the lowest in India. We even went to the Forest Minister of Haryana to talk about the proposed amendment of the Punjab Land Preservation Act (PLPA) which would take away thousands of acres of forest land. But, when we spoke to him, he seemed disinterested," said young environmentalist Mansha Bajaj.

Jai added, "We are the future of the nation. If these protests don't matter to do, then, what are you doing?"