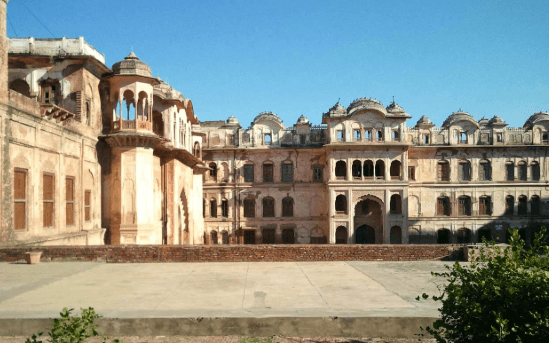 Growing Vehicular Traffic: Biggest Cause of Pollution In Patiala
The royal city of Patiala, which was once known for its grandeur and considered to be amongst the most peaceful and less congested cities in Punjab due to the absence of any major industrial sector, is growing at a fast pace as far as the vehicular traffic is concerned. Patiala, among 74 cities assessed by […]

The royal city of Patiala, which was once known for its grandeur and considered to be amongst the most peaceful and less congested cities in Punjab due to the absence of any major industrial sector, is growing at a fast pace as far as the vehicular traffic is concerned. Patiala, among 74 cities assessed by the Central Pollution Control Board, met the national safe air standards as on February 4, 2019, according to the Board’s daily bulletin.

But city residents claim otherwise. Saurabh Goyal, who runs a shop in Dharampura Bazaar, says the increasing number of vehicles has made it difficult to even enter the market, forget about parking space for four-wheelers. “Even though the administration has stopped the entry of four-wheelers, many continue to bring their cars into the market area, causing traffic congestion,” he added. “The areas like Model town, Sanjay Colony, Vikas Colony, Dashmesh Nagar, Sirhindi Gate, Tyagi Mandir, Mathura Colony, SularRoad, Bishan Nagar and others are facing an extreme depletion of groundwater." saidSuresh Kumar, executive engineer, water supply department. Patiala as a non-attainment city under National Clean Air Programme (NCAP) has 1 continuous monitoring station out of 4 stations in place which  provides reports on all pollutants.

The main sources of air pollution in Patiala are vehicular emissions, agricultural pollution, domestic processes and industrial pollution. Just as in  Delhi, Patiala too seems to be suffering from the effects of smog. Cases of asthma and allergies have already increased by 20 per cent.

Dr Bharat Bhushan, associate professor, TB & Chest Diseases Hospital said, “increasing levels of air pollution causes respiratory diseases and at the same time worsens already existing bronchial asthma, bronchitis, naso-bronchial allergies. It also causes cardiac attacks and headaches. The mixture of smoke and fog is dangerous for respiratory and cardiac systems and thus for the whole body, as it interferes with oxygenation in the lungs. The government should take corrective measures by educating farmers about  stubble burning and asking citizens to reduce vehicular smoke pollution. We suggested that people not to go for morning and evening walks in such a polluted environment. We are dying in this environment while the government is silent. I failed to understand the role of our governments and experts.”

Experts' Views
“Not realising that much of the agrarian distress is because of the unnecessary burden of expensive farm machines, both the frontline agricultural states of Punjab and Haryana are working overtime to sell more machines to farmers. As the paddy harvesting time nears, and fearing air pollution clogging New Delhi, both the governments are working overtime to sell more machines in the name of providing a solution for stubble burning. I wonder whether the underlying aim in reality is to help the farm manufacturing units in the name of farmers. But nevertheless, the solution that Punjab, Haryana and western Uttar Pradesh required was what the Punjab Chief Minister Amarinder Singh had earlier suggested. He had sought an investment of Rs 2,000-crore from the Centre to ensure that farmers remove paddy straw without burning it. The State has not been able to use over Rs 4,000-crore of the funds available under MNREGA. By seeking approval for including paddy straw management under MNREGA activities, Punjab could have not only created jobs for the idle labour force but also mitigated pollution levels.

By Individuals
Two farmers from Punjab’s Samrala city, Sukhbir Dhaliwal, and Kamaljeet Singh, who have been farming for over 30 years, have come up with a  start-up, a crop residue management company, which makes biocoal with crop residue. In 2016 and 2017, the two partners collected crop residue and sold it to biomass and cement manufacturing plants to be used as biofuel, earning Rs 30-35 lakh. Last year, they cleared 12,000 acres in Ludhiana, Patiala and adjoining places. This year’s target is 20,000 acres, of which 10,000 acres will be paddy farms alone. Although there is no assistance from the government this year, about 70 per cent of Kalar Majra has decided not to burn paddy stubble, with good reason. Ploughing it back into the soil is good not only for Delhi’s air but also the farmers’ bottom line.

By Educational Institutions & NGOs
PPCB engineer Charanjeet Singh said, “Over the past two-three years, pollution has seen a dip. Most of the credit for this goes to efforts by schools in spreading awareness against crackers. We expect the trend to continue this year as well.

By the Punjab State Government:

Happy Seeder
The Union Ministry of Agriculture earmarked Rs 591 crore for disbursal to Punjab, Haryana and Uttar Pradesh, with the idea being to help farmers access the machines to avoid stubble burning. Individual farmers could buy them at half their retail price; if bought through self-help groups, they got an 80 per cent discount. In Bibipur, Singh and nine other farmers got together and formed such a group. The cost price of the equipment in the Bibipur council office yard is Rs 10 lakh, but thanks to the government scheme, Singh and his associates bought it for Rs 2 lakhs.

Firecracker ban
"The sale of crackers will not be allowed anywhere in the city as authorities are not going to issue any temporary licence to traders for this,” -Deputy Commissioner Kumar Amit.

City action plan
With the National Green Tribunal asking six states, including Punjab, to submit an action plan for keeping air quality standards within the prescribed norms in all 102 cities included in the National Clean Air Programme (NCAP), the state government has chalked out a detailed strategy to keep the ambient air quality (AQI) in nine cities listed in the programme under check. The cities that have been included in the programme include Dera Bassi, Mandi Gobindgarh, Jalandhar, Khanna, Ludhiana, Naya Nangal, Pathankot (Dera Baba Nanak) and Patiala.

Ghar Ghar Hariyali
To curb air pollution, the state government has taken up a number of initiatives since the past one year, from imposing a ban on stubble burning to setting up plants to utilise paddy straw to produce biogas, to endorsing harvest machines for effective paddy straw management. Now to provide clean and fresh air, the state government has launched a novel initiative – ‘Ghar Ghar Hariyali’ (Green Cover Everywhere) campaign, under which the government will provide free plant saplings through a mobile application ‘i-Hariyali’. The aim of this campaign is to provide clean and fresh air to the people of Punjab as well as contribute towards improving the green cover in the state.