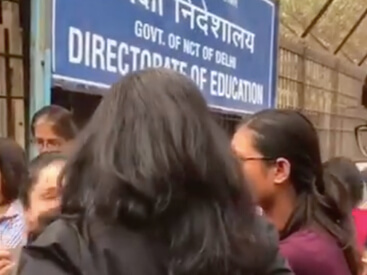 Delhi pollution: Concerned mothers ask Directorate of Education to shut schools
Because of the rising air pollution in Delhi, mothers of school going children demanded schools to be shut.

Air pollution in the national capital has reached an alarming level, so much so that the mothers of children are now demanding schools to be shut. Concerned parents along with the founders of My Right To Breathe - an organisation which promotes awareness regarding pollution, made their way to the Delhi Directorate of Education (DelE) today, demanding that schools remain shut till the pollution levels drop. One of the mothers' said that it was like sending children to a chemical warfare.