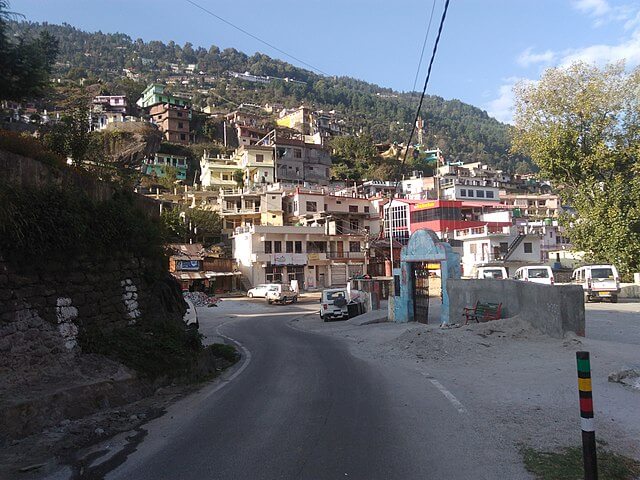 India’s sinking Himalayan town on the brink of collapse
The Indian state, of Uttarakhand, became the hotbed of yet another man-induced climate crisis as several buildings in the hilly town of Joshimath, situated in the Chamoli district, started developing cracks. Joshimath, a town of 20,000 people, which has both a religious and tourist attraction, is sinking.  Officials and locals maintain that cracks have developed […]

The Indian state, of Uttarakhand, became the hotbed of yet another man-induced climate crisis as several buildings in the hilly town of Joshimath, situated in the Chamoli district, started developing cracks. Joshimath, a town of 20,000 people, which has both a religious and tourist attraction, is sinking.

Officials and locals maintain that cracks have developed in more than 670 of the 4,500 buildings in the area. These include a local temple, pavements, and streets. Also, the two hotels are now leaning on each other. It is also reported that water has been gushing out of farms. Apart from Joshimath, deep cracks have surfaced in some more villages in Uttarkashi and Chamoli districts of the State.

Several houses and buildings, including two hotels, that are about to collapse in Joshimath will now be razed down on January 11. The Central Building Research Institute (CBRI) has completed the inspection work. Joshimath has been divided into three zones, 'Danger', 'Buffer', and 'Completely Safe', based on the magnitude of danger from land subsidence or the sinking or settling of the ground surface.

Usually, these occurrences of buildings leaning and developing cracks are linked to land subsidence. According to UNESCO, Land Subsidence (LS), i.e., the loss of land elevation, is a major problem that threatens viability and sustainable economic development. The Uttarakhand government has started evacuating people from unsafe regions to hotels for safety. The government has also announced a subsidy on rent for the next six months for those who have left their homes and shifted to hotels for safety.

“More than 500 people have become homeless. Cracks were deepening in Joshimath for the last 10 to 13 months but no one took it seriously. Now, shelter is being provided by the government. They are going door-to-door to inform people. Their first priority is saving people, evacuating them,” says Swami Madhav of Narisngh Mandir in Joshimath.

Joshimath offers a fragile landscape and is situated in a tremor zone. Natural disasters such as quakes, landslides, and flash floods, have long claimed thousands of lives in this State. “Climate change is affecting everywhere but these are man-made disasters. Mountains are being hollowed out with the construction of buildings. The foundation has become weak now,” says Surbhi Shah, an advocate, and local resident.

During a twitter panel discussion around ‘Joshimath is sinking: human-caused disaster?’, held on January 9, members discussed how flouting environmental norms and not paying heed to natural terrain has led to the current disaster.  “Joshimath is in a para glacier region, which is a loose terrain and is very unstable ground. Studies over the years have suggested that the area should be dealt with carefully”, said Hridayesh Joshi, an environment journalist. “We already had a list of dos and don’t but we were never careful about that”, he added.

There are several reasons why land can begin to sink including the movement of the Earth's crust or tremors and the development of a sinkhole (a depression or hole in the ground caused by the collapse of the surface layer) which occurs when water flows underground and erodes rocks beneath the surface. All of these stand true for this geologically “fragile” hilly town.

“Earlier there were a handful of houses and buildings in Joshimath. Now there are buildings and hotels everywhere. The new infrastructure uses cement instead of stones that were earlier used to build homes. These new materials are not able to carry the load and as a result, they are crumbling down”, says Vishal Dimri, a lab technician, and resident of Joshimath.

“Tectonically Joshimath is a highly sensitive region. Due to the absence of a proper drainage system, all the water perculing downwards and the fine material is sinking. When the fine materials sink down, certainly the boulders will jilt. And if there are buildings constructed over the fragile surface, then certainly buildings will also tilt,” said  YP Sundriyal, a Geology professor at HNB Garhwal University, on Twitter Spaces. At the same panel, Dr. Anjal Prakash, Research Director at ISB Hyderabad, added, “Climate change is a force multiplier. The situation is already grave and on the top when climate change strikes, it is going to have a devastating impact.”