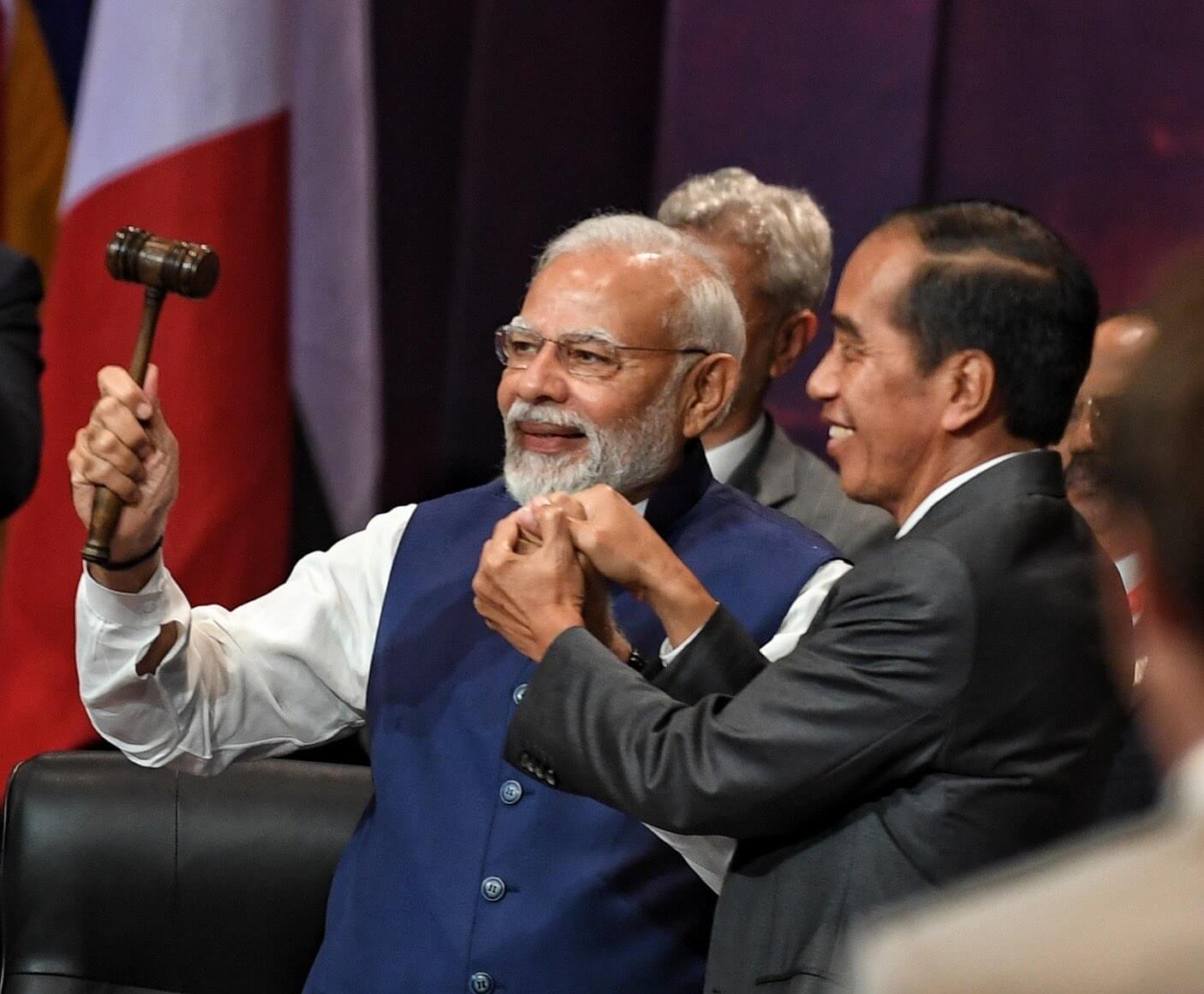 India takes over G20 presidency; PM pitches for harmony and mindset shift
India formally took over the G20 presidency, which rotates annually between members, of the Group of Twenty countries on Thursday. Indonesian President Joko Widodo had officially handed it over to Prime Minister Narendra Modi at the end of the G20 summit in November. “The previous 17 Presidencies of the G20 delivered significant results—for ensuring macro-economic […]

India formally took over the G20 presidency, which rotates annually between members, of the Group of Twenty countries on Thursday. Indonesian President Joko Widodo had officially handed it over to Prime Minister Narendra Modi at the end of the G20 summit in November.

“The previous 17 Presidencies of the G20 delivered significant results—for ensuring macro-economic stability, rationalising international taxation, relieving debt-burden on countries, among many other outcomes. We will benefit from these achievements, and build further upon them,” said PM Modi. He further added,  “However, as India assumes this important mantle, I ask myself - can the G20 go further still? Can we catalyse a fundamental mindset shift, to benefit humanity as a whole? I believe we can.”

The Prime Minister called upon for a  mindset shift. “Through all of history, humanity lived in scarcity. We fought for limited resources, because our survival depended on denying them to others. Confrontation and competition - between ideas, ideologies and identities - became the norm. Unfortunately, we remain trapped in the same zero-sum mindset even today. We see it when countries fight over territory or resources. We see it when supplies of essential goods are weaponised. We see it when vaccines are hoarded by a few, even as billions remain vulnerable.

Some may argue that confrontation and greed are just human nature. I disagree. If humans were inherently selfish, what would explain the lasting appeal of so many spiritual traditions that advocate the fundamental one-ness of us all?”

He said India's G20 Presidency will work to promote this universal sense of one-ness around the theme—’One Earth, One Family, One Future'. “This is not just a slogan. It takes into account recent changes in human circumstances, which we have collectively failed to appreciate. Today, the greatest challenges we face - climate change, terrorism, and pandemics - can be solved not by fighting each other, but only by acting together,” he added.

The G20 is a group of countries which meets to discuss plans for the global economy. Between them, the 20 countries account for two-thirds of the global population, 85 percent of the world's economic output and 75 percent of world trade. This is the first time ever that the G20 troika - the top grouping that consists of the past, current and next presidencies - is made up of developing countries: Indonesia, India and Brazil.

“Our G20 priorities will be shaped in consultation with not just our G20 partners, but also our fellow-travellers in the global South, whose voice often goes unheard. Our priorities will focus on healing our 'One Earth', creating harmony within our 'One Family' and giving hope for our 'One Future'. For healing our planet, we will encourage sustainable and environment-friendly lifestyles, based on India's tradition of trusteeship towards nature.”