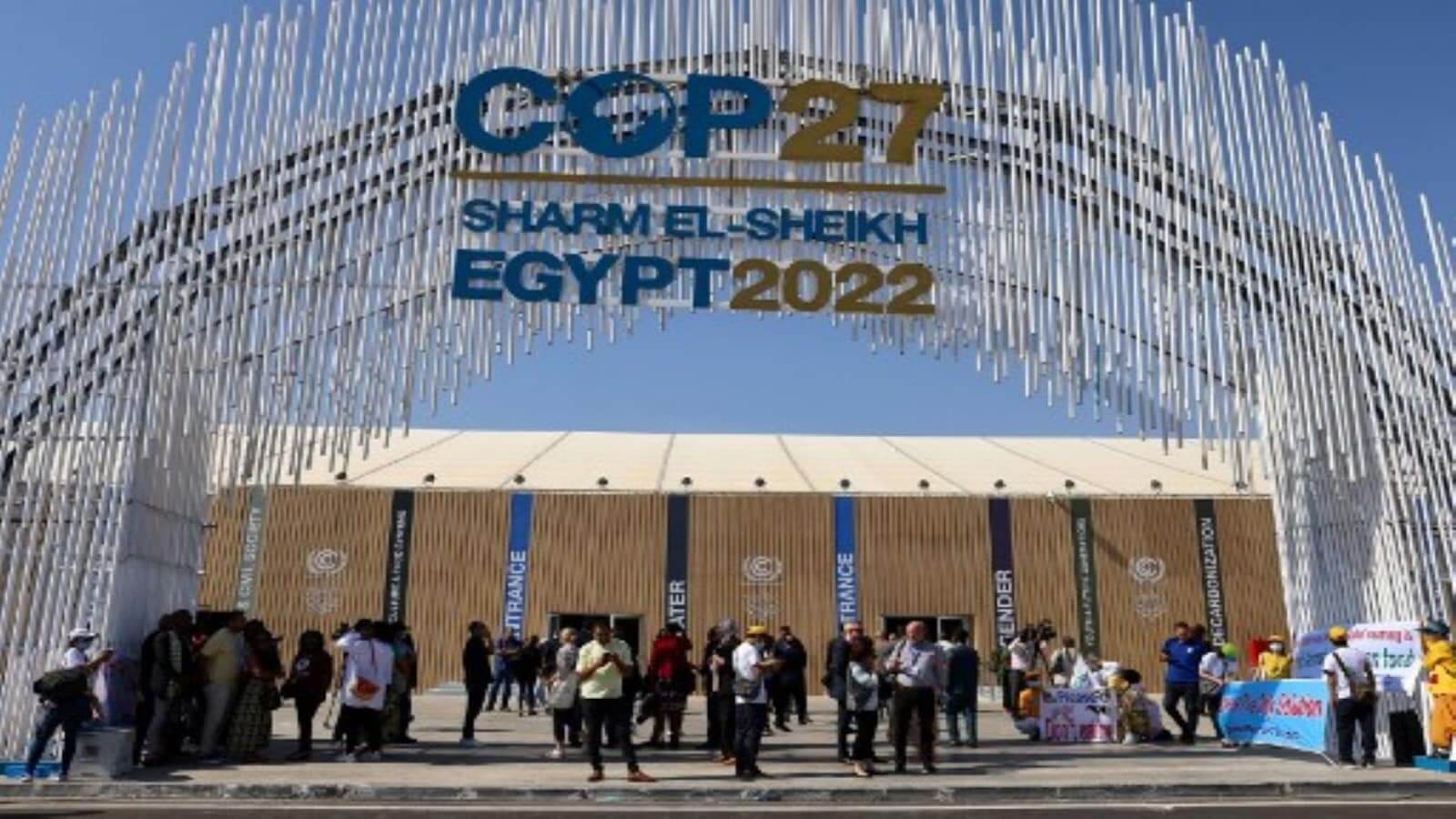 Inside COP27: The hits and many misses
Evelyn Acham from Uganda had a clear cut goal when she was headed for COP27. She wanted developed nations to pay for the climate change disasters that had rocked her country. The annual UN climate conference for the first time added loss and damage in its official agenda this year. “We want loss and damage […]

Evelyn Acham from Uganda had a clear cut goal when she was headed for COP27. She wanted developed nations to pay for the climate change disasters that had rocked her country. The annual UN climate conference for the first time added loss and damage in its official agenda this year. “We want loss and damage finance for adaptation and mitigation. In my community, we cannot adapt to many things. We cannot adapt to starvation caused by climate change. We need climate finance for this loss and damage,” she had said on the third day of the conference from Sharm El-Sheikh. Acham wasn’t alone. People from Pakistan to Nigeria, Nepal to Mexico, Caribbean Islands to Uganda, had reiterated her demand, at Conference of Parties to the UN Framework Convention on Climate Change (UNFCCC)

And it had been adhered to. The last day of the conference, which dragged on for two more days, concluded with the decision on creating a loss and damage fund. This in turn, became the biggest success of COP27. “This COP has taken an important step towards justice. I welcome the decision to establish a loss and damage fund and to operationalize it in the coming period,” UN Secretary-General António Guterres said in a video message issued from the conference venue in Egypt, underscoring that the voices of those on the frontlines of the climate crisis must be heard.

One of the notable wins of this year’s conference, the second largest attended COP ever, has been the work around loss and damage. “After a hectic and contentious two weeks, the Egypt presidency has not only managed to save face but has also delivered a decent verdict. The Loss and Damage fund is a big win, particularly for many vulnerable developing nations that have been devastated by climate change impacts and saddled with unfair losses. However, the decision is just the beginning of a process and what kind of shape it will take will become clearer over the years to come,” says Aarti Khosla, Director, Climate Trends.

Many believe the language around the fund could have been more detailed. Manuel Pulgar-Vidal, WWF Global Climate and Energy Lead, and COP20 President, said, “The loss and damage deal agreed is a positive step, but it risks becoming a ‘fund for the end of the world’ if countries don’t move faster to slash emissions and limit warming to below 1.5°C.”

The deal calls for a committee with representatives from 24 countries to work over the next year to figure out exactly what form the fund should take, which countries and financial institutions should contribute, and where the money should go.

Experts believe that an agreement on providing finance for loss and damage is a significant moment at COP27. “The establishment of a financing mechanism is a point of progress, emerging from years of intense negotiations at several COPs, dating back to early 1990s when small island states began asking for compensation against sea level rises. The establishment of the L&D fund ensures that countries will need to agree on the details of how funding will flow in the upcoming COPs, so it is an important step forward,” says Shruti Sharma, senior policy advisor in the International Institute Of Sustainable Development’s (IISD) energy programme.

COP27 convened over 35,000 people, including government representatives, observers and civil society.  The highlights of the meeting included, among others, the launch of the first report of the High-Level Expert Group on the Net-Zero Emissions Commitments of Non-State Entities. The report slammed greenwashing and weak net-zero pledges and provided a roadmap to bring integrity to net-zero commitments by industry, financial institutions, cities and regions and to support a global, equitable transition to a sustainable future.

Even though climate finance has only trickled in, COP27 had a remarkable achievement in terms of allocating funds for specific climate action goals. Also, another notable achievement is around “safeguarding food security and ending hunger” as a fundamental priority, and that communities can better protect themselves from climate effects if water systems are protected and conserved. In fact,  Glasgow Climate Pact had made no mention of agriculture, food or water.

Too little, too late

COP27 reiterated COP26 mitigation decision to phase down unabated coal and phase out fossil fuel subsidies but failed to add anything further in terms of ambition. Even though the hopes of 1.5 have been kept alive, on the mitigation front climate experts are unhappy.

India had demanded including “phasing down all fossil fuels” instead of just “phasing down coal”. India’s demand was supported by the US and EU but the oil-rich Gulf nations were not too happy and the final cover decision had no mention of it. “It is disappointing that COP27 did not build on the COP26 statement to deliver a stronger message on the phaseout of fossil fuels. COP26 asked parties to, among other things, transition to low energy systems through the phase down of unabated coal phasedown. The hope at COP27, through India's proposal, was to include a phaseout of ALL fossil fuels, including coal, oil and gas,” says Sharma.

Most scientific studies have concluded that the world is unlikely to meet the 1.5 degree celsius target in the next seven years. Yet, there has been no strong wording for countries to adhere to stronger mitigation measures. “By failing to agree to phase-out fossil fuels at COP27, leaders have missed the chance to accelerate the elimination of fossil fuels, keeping us on course to climate catastrophe. Without rapid and deep emissions cuts we cannot limit the scale of loss and damage,” adds Pulgar-Vidal.

The only decision in this regard was to continue the discussions on a work programme set up last year to “urgently” scale up mitigation action. COP27 decided that two global dialogues would be held each year as part of this work programme.

“Drastic emissions cuts are needed now to get on track with Paris Agreement goals and keep the 1.5°C temperature limit within reach,” says Sharma. She explains how this would mean commitments to no new fossil fuel investments, concrete plans for the reduction of global production and consumption of coal, oil, and gas, and as part of this, the phasing out of government support for all of these fossil fuels, including international public finance and domestic subsidies. “The world cannot afford a sequenced phasedown of coal followed by O&G,” Sharma explains.

The oft-repeated complaint of developing countries has been around lack of adaptation funds. “The developed nations cannot not look at focussing on adaptation,” says Dr Joyelle Clarke, Minister of Sustainability, Development, Environment, Climate Action, Tuvalu.

The launch of the Sharm-El-Sheikh Adaptation Agenda – a comprehensive, shared agenda to rally global action around 30 adaptation outcomes that are needed to address the adaptation gap and achieve a resilient world by 2030. Some of the key outcomes include transitioning to climate resilient, sustainable agriculture that can increase yields by 17 percent and reduce farm level GHG emissions by 21 percent, without expanding agricultural frontiers, and while  improving livelihoods including of smallholder farmers. Protecting indigenous and local communities with use of nature-based solutions, installing smart and early warning systems, securing the future of mangroves, expanding access to clean cooking are some of the key features.

“There is also some clarity now on how the global goal on adaptation and the new collective quantitative goal on climate finance will be decided. But we have to be careful that the workshops and dialogues decided under these tracks don't devolve into talk shops that fail to deliver meaningful outcomes in the end,” adds Khosla.

Deals between rich and emerging economies to accelerate the shift away from coal, known as just energy transition partnerships, got special attention. Cop27 has decided to establish a work programme on “just transition” and convene an annual ministerial roundtable as part of this process.

The final 10-page summary document, which was agreed on November 20, had been a bag of mixed outcomes. Now the annual meeting in Davos will be a key milestone to build on the progress made at COP27 and to kick off the road to COP28.

As Khosla, sums it up,  “COP27 has been a tough pill to swallow but in the end there has been more progress than was anticipated, which also shows that all countries are still willing to engage with the process and see the significance of it.”

While COP27 is touted as the implementation COP, Sharma says, “Where CoP27 has delivered positively over previous COPs is by bringing in stronger language on renewables and including the just transition principles while bringing up energy transition. Perhaps the most significant milestone for this CoP has been the creation of a loss and damage fund.” As reiterated by other climate experts,”Overall, this COP feels like a missed opportunity for failing to agree on the immediate phase down and transition away from fossil fuels despite the climate urgency we’re starting to witness across the world,” she adds.