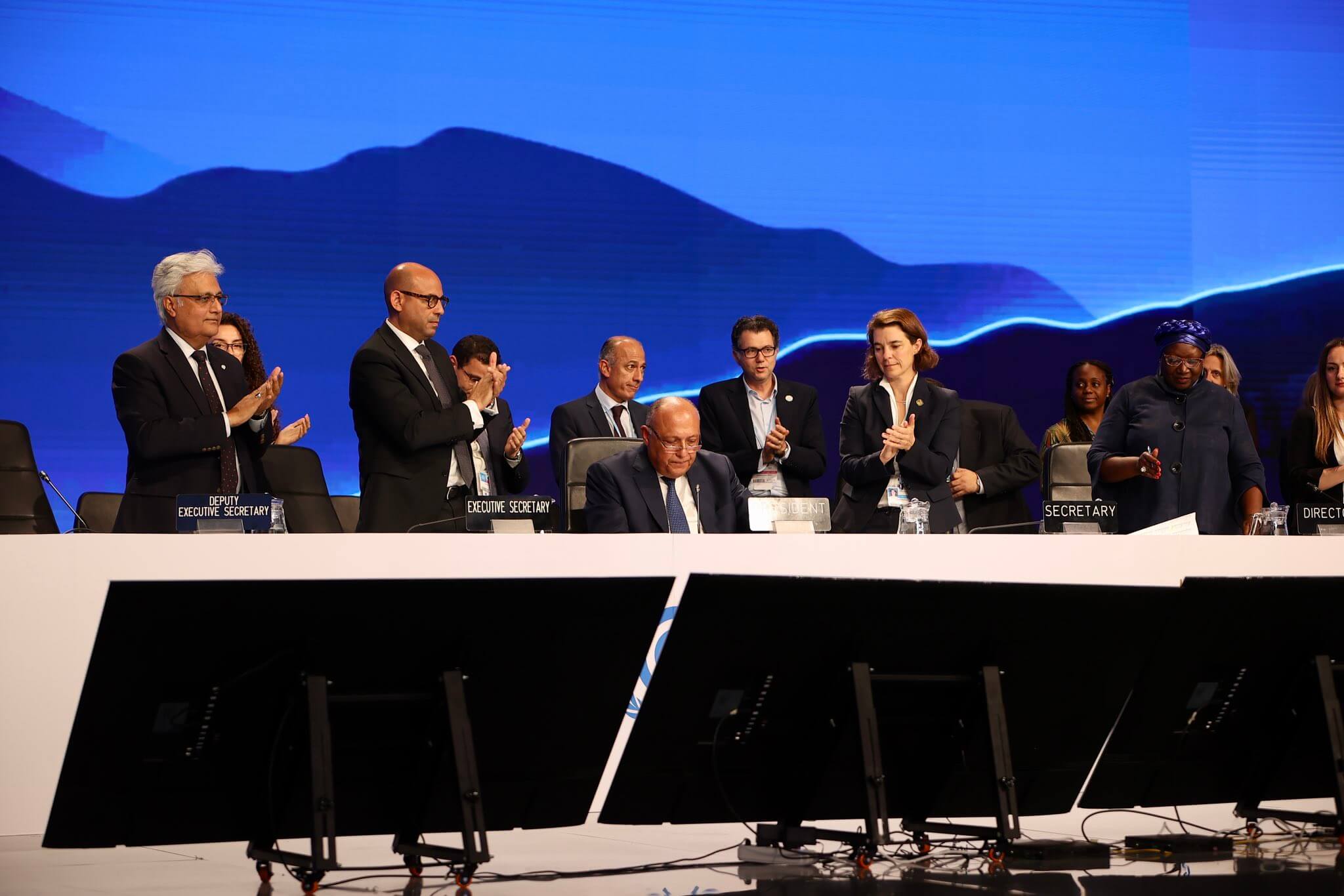 All you need to know about  the Implementation Plan of COP27
The United Nations Climate Change Conference COP27 closed on Sunday with a breakthrough agreement to provide “loss and damage” funding for vulnerable countries hit hard by climate disasters. “This outcome moves us forward,” said Simon Stiell, UN Climate Change Executive Secretary. It was a hard battle to get a separate fund to help vulnerable countries […]

The United Nations Climate Change Conference COP27 closed on Sunday with a breakthrough agreement to provide “loss and damage” funding for vulnerable countries hit hard by climate disasters. “This outcome moves us forward,” said Simon Stiell, UN Climate Change Executive Secretary. It was a hard battle to get a separate fund to help vulnerable countries being battered by climate disasters.

A host of decisions were delivered at the two-week long climate conference that reiterated the Parties commitments to limit global temperature rise to 1.5 degrees Celsius above pre-industrial levels. It also strengthened action by countries to cut greenhouse gas emissions and adapt to the inevitable impacts of climate change, as well as boosting the support of finance, technology and capacity building needed by developing countries.

Some key outcomes from the cover decision also known as the implementation plan is as follows:

A mitigation work programme was launched at COP27, aimed at urgently scaling up mitigation ambition and implementation. It will continue until 2030, with at least two global dialogues held each year. Governments were also requested to revisit and strengthen the 2030 targets in their national climate plans by the end of 2023, as well as accelerate efforts to phase down unabated coal power and phase-out inefficient fossil fuel subsidies.

The decision text recognises that limiting global warming to 1.5 °C requires rapid, deep and sustained reductions in global greenhouse gas emissions of 43 per cent by 2030 relative to the 2019 level.

The cover decision mentioned with serious concern the existing gap between current levels of adaptation and levels needed to respond to the adverse effect of climate change in line with findings from the contribution of Working Group II to the Intergovernmental Panel on Climate Change Sixth Assessment Report. It has urged Parties to adopt a transformational approach to enhancing adaptive capacity, strengthening resilience and reducing vulnerability to climate change.

It has asked developed countries to urgently and significantly scale up their provision of climate finance, technology transfer and capacity-building for adaptation so as to respond to the needs of developing countries.

Big polluters can no longer go scot-free and vulnerable nations will be paid for the brunt they bear because of the polluters. India, along with several other developing nations, had engaged actively on the subject of loss and damage. Even though it’s a clear-cut win there are still several unanswered questions including how exactly it would be funded and what will entail the liability clause. A transitional committee has been set up to look into all these issues, including the possibility of “identifying and expanding” the sources of funding.

The deal calls for a committee with representatives from 24 countries to work over the next year to figure out exactly what form the fund should take, which countries and financial institutions should contribute, and where the money should go.

Deals between rich and emerging economies to accelerate the shift away from coal, known as just energy transition partnerships, got a special mention as a way to speed up emission cuts.

The cover decision highlighted that sustainable and just solutions are needed for meaningful and effective social dialogue and participation of all stakeholders is imperative. It also notes that the global transition to low emissions provides opportunities and challenges for sustainable economic development and poverty eradication.

All of this must be based on nationally defined development priorities and include social protection so as to mitigate potential impacts associated with the transition, and highlight the important role of the instruments related to social solidarity and protection in mitigating the impacts of applied measures.

The biggest disappointment of COP27 has been around the progress on climate finance which failed to put any pressure on developed countries to deliver even the promised amount of USD 100 billion every year. A global transformation to a low-carbon pathway requires USD 4 to 6 trillion every year and the developing countries need funds to fulfill their climate action plans.

The agreement highlights the need to transform international financial markets to mobilise greater investments in renewable energy and green projects, and to ensure that climate finance was easily accessible to all, particularly the small and vulnerable countries. However no clear-cut goals or action has been outlined.

The Implementation Plan welcomes the contributions of Working Groups and recognises the importance of the best available science for effective climate action and policy-making. It takes note of the 2022 adaptation gap and emissions gap reports of the United Nations Environment Programme, and recent global and regional reports of the World Meteorological Organization on the state of the climate.

The decision text recognises that the unprecedented global energy crisis underlines the urgency to rapidly transform energy systems to be more secure, reliable, and resilient, by accelerating clean and just transitions to renewable energy during this critical decade of action.

It emphasises the urgent need for immediate, deep, rapid and sustained reductions in global greenhouse gas emissions by Parties across all applicable sectors, including through increase in low-emission and renewable energy, just energy transition partnerships and other cooperative actions.It stresses on the importance of enhancing a clean energy mix, including low-emission and renewable energy, at all levels as part of diversifying energy mixes and systems, in line  with national circumstances and recognising the need for support towards just transitions.