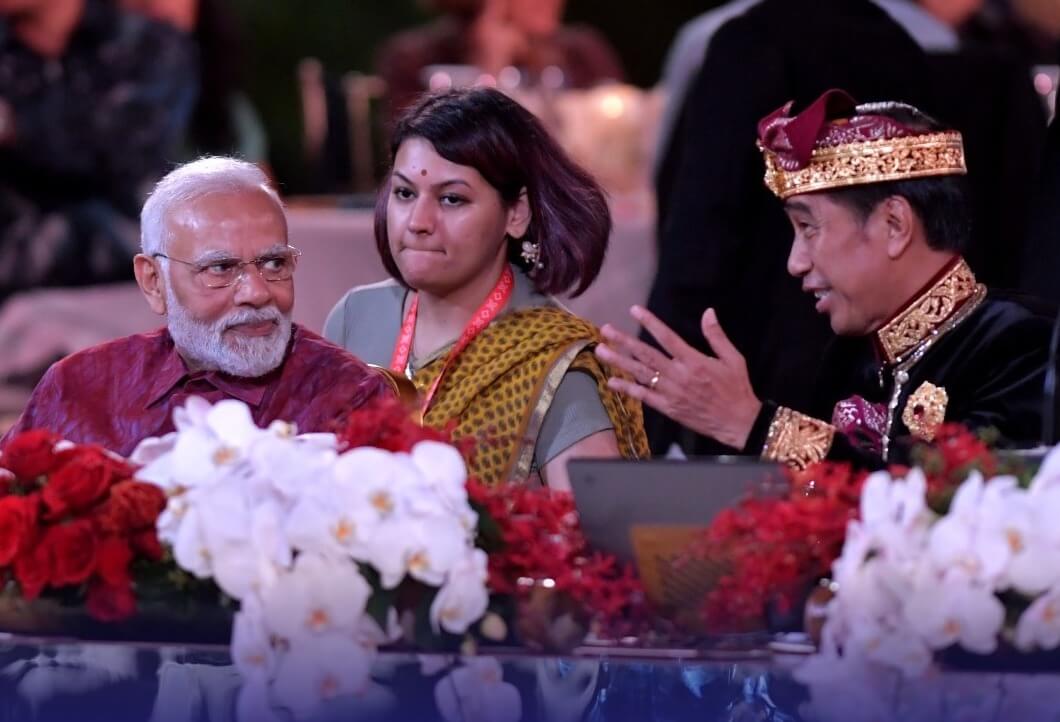 Half of India’s energy demands to be met through renewables by 2030: Modi at G20
As the leaders of 20 largest economies gathered in Bali, Indonesia on Tuesday for the G20 summit, Indian Prime Minister Narendra Modi said the country is on track to achieve its target of generating 50 per cent of its electricity from renewable sources by 2030. The Prime Minister ruled out “any restrictions” on energy supply […]

As the leaders of 20 largest economies gathered in Bali, Indonesia on Tuesday for the G20 summit, Indian Prime Minister Narendra Modi said the country is on track to achieve its target of generating 50 per cent of its electricity from renewable sources by 2030. The Prime Minister ruled out "any restrictions" on energy supply and stability.

Modi, who was speaking at the summit’s first session on food and energy security, said that while India has provided food grain to other nations, the latest global shortage should be met with a G20 agreement on secure supply chains. “India is committed to clean energy and environment. By 2030, half of our electricity will be generated from renewable sources," he said, indicating the country’s climate change mitigation goals remain on track.

Modi said India's energy security is important as it is the world's fastest growing economy. "We must not promote any restrictions on the supply of energy and stability in the energy market should be ensured." The statement adds to India’s position  at the ongoing COP27 as a responsible global player working to reduce emissions while balancing developmental needs.

He stressed on the need for time-bound and affordable finance being provided to developing nations, as well as a sustainable supply of technology to ensure an inclusive energy transition. He stated while India ensured the food security of its 1.3 billion citizens, at the same time, food grains were also supplied to many countries in need. He also stressed multilateral institutions have failed to address these challenges and therefore the world has greater expectations from the G20. He added that India will work for global consensus on all these issues during its G20 presidency.

Meanwhile, the two day summit has been described to be one of the most divisive and challenging G20 summits ever. As many developing countries cannot afford soaring energy prices, UN Secretary-General Antonio Guterres warned against “an energy scramble” in which developing countries “come off worst” – as they did in the competition for COVID-19 vaccines. Moreover, doubling down on fossil fuels is no solution. “If, in the last two decades, the world had massively invested in renewable energy, rather than its addiction to fossil fuels, we would not be facing the present crisis”, he said.

According to experts, acknowledging the fossil fuel energy crisis gripping the world, the G20 leaders statement out of Bali has sent a clear signal to countries to get the job done at COP27 giving ministers there a mandate to  “urgently scale up mitigation and adaptation ambition” as well as on finance and loss and damage. They reiterated the need to go  back to 2030 climate plans to make them align with the Paris Agreement.