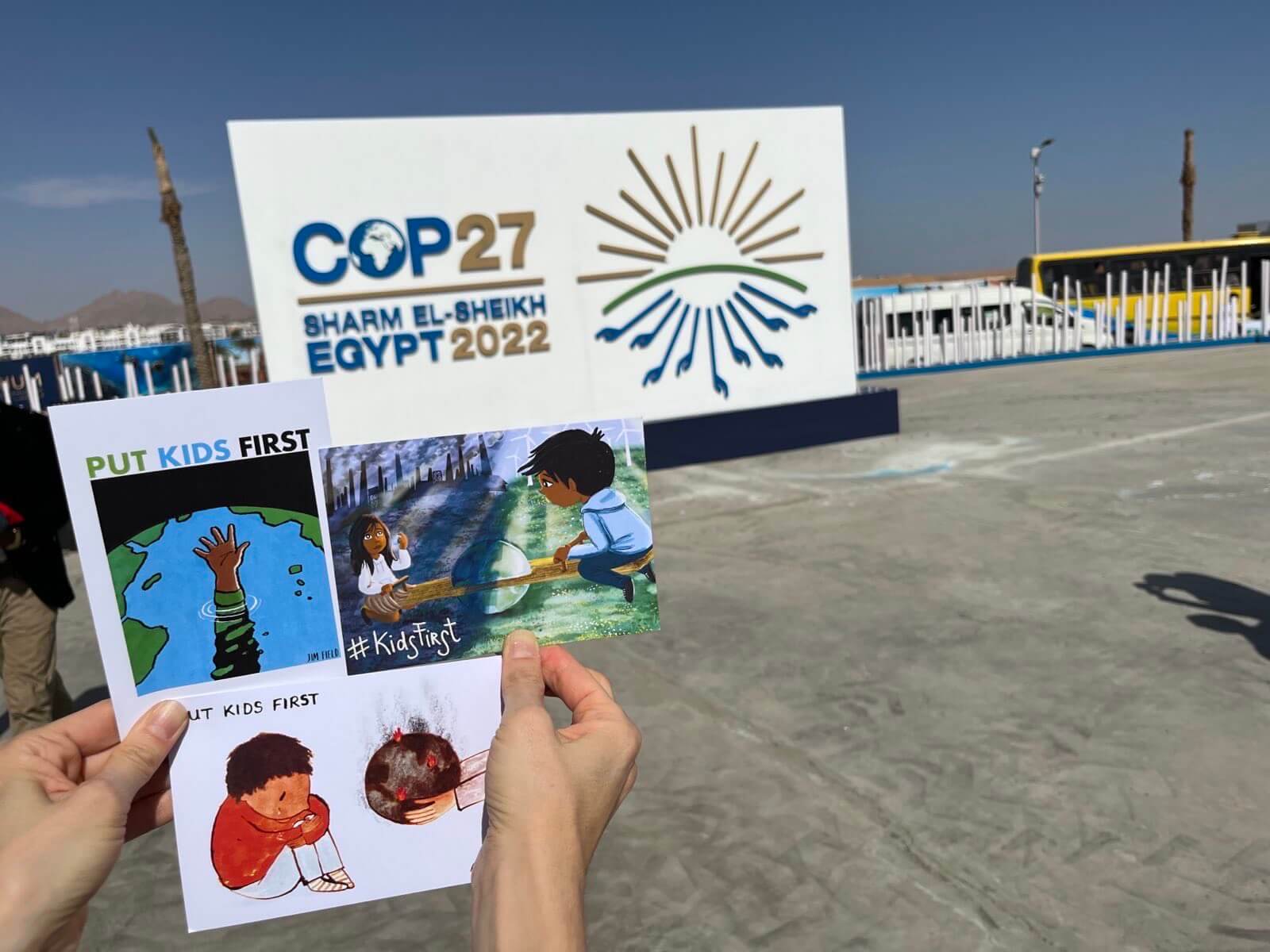 Mothers demand ‘kids first’ at COP27
While the world leaders discussed climate commitments and pledged funds, a quiet group of persistent mothers set forth their demand earnestly, once again. The mothers called on rich countries to provide adequate finance for a just transition, adaptation and loss and damage to help communities and families already bearing the brunt of climate change. “From […]

While the world leaders discussed climate commitments and pledged funds, a quiet group of persistent mothers set forth their demand earnestly, once again. The mothers called on rich countries to provide adequate finance for a just transition, adaptation and loss and damage to help communities and families already bearing the brunt of climate change.

“From any early age, we teach our children the values of fairness and compassion - and yet those values are missing from the international response to the climate crisis. COP27 needs to change that,” said Maya Mailer, the Co-Director of Our Kids’ Climate and co-founder of UK group Mothers Rise Up. Mailer was talking as part of the delegation of mothers from Our Kids’ Climate and Parents For Future Global – two networks uniting parents to act on climate.

The mothers launched a short film at Cop27, featuring children from 16 countries, aged three to 16. The heartwarming film, aptly released on Youth and Future Generations Day at COP27, got kids from across the globe, from India to Solomon Islands, to share their hopes and dreams about a better planet.

One billion children today are extremely vulnerable to climate disasters, especially those in the Global South. Over 90 percent of children worldwide are breathing polluted air. The key driver of this is the burning of fossil fuels, said the mothers, and added how governments and corporations are continuing to explore new fossil fuels in defiance of the science and the warnings of the International Energy Agency. “The time to act has long gone. We are responsible for our children’s damaged lungs. How can we not put our kids first?,” asked Bhavreen Kandhari, the co-founder of Warrior Moms in India, a network of mothers pushing for clean air and climate action. Kandhari wants the world leaders to stop passing the buck and initiate action that puts kids first.

The voices around phasing out fossil fuels and adopting clean energy found resonance across the group. Xoli Fuyani, mother from South Africa and an organiser with international parent network Our Kids’ Climate, and South African group Black Girls Rising, said: “We’re amplifying the voices of the children because this is their future. Our children are bearing the brunt of a crisis they did nothing to cause – can there be a greater injustice? The longer leaders delay the action required, the worse the impact on the next generation will be. It’s time to put kids first!”

Children have always faced the brunt of climate change. According to a report by Unicef, high heatwave frequency affects 559 million children globally. More than 116,000 infants in India died within a month of birth in 2019 due to air pollution — outdoor and indoor — according to the State of Global Air 2020 report released in 2020.

“What is the most important thing to a parent? To keep your child safe and healthy and to give them a good future. How does that happen in the midst of a climate and pollution crisis? In Delhi, our air is polluted because of the burning of fossil fuels. Every child is a smoker as soon as they're born. Schools shut down in Delhi last week because of the toxic air. In May, they closed early because of the heat. What kind of world are we creating for our children?,” added Kandhari.

According to reports because of floods in Pakistan, schools remain inaccessible for two million children. Dr Maria Neira from the World Health Organization, who joined the mothers for the launch, added, “World leaders better watch out. The mothers are coming and they care about their children’s health and futures passionately. We have to move to clean energy as quickly as possible. Our children’s health and futures demand nothing less.”

The mothers were also joined by a delegation of children under 17 from different regions.