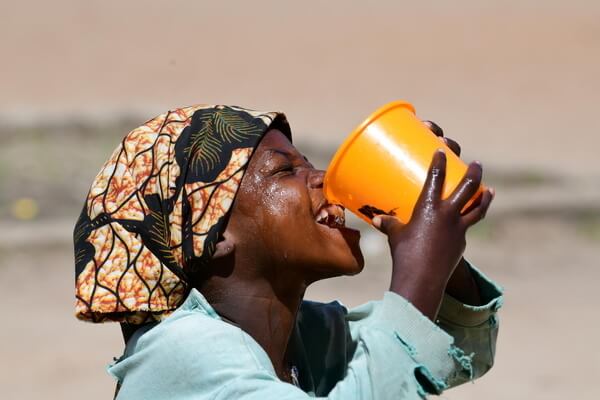 During a year in which heatwaves in both the southern and northern hemispheres broke records, The Coldest Year Of The Rest Of Their Lives: Protecting Children From The Escalating Impacts Of Heatwaves highlights the already extensive impact of heatwaves on children. The report reveals that, even at lower levels of global heating, in just three decades, more regular heatwaves are unavoidable for children everywhere.

“The mercury is rising and so are the impacts on children,” UNICEF Executive Director Catherine Russell said. “Already, 1 in 3 children live in countries that face extreme high temperatures and almost 1 in 4 children are exposed to high heatwave frequency, and it is only going to get worse.

These findings, which were released less than two weeks ahead of COP27,  underscore the urgent need to adapt the services children rely on as unavoidable impacts of global heating unfold. The report produced in collaboration with The Data Collaborative for Children and launched in partnership with UNICEF Goodwill Ambassador Vanessa Nakate and Africa-based Rise Up Movement, also makes a case for continued mitigation, to prevent the worst impacts of the other high heat measures, including longer and hotter heatwaves and higher extreme temperatures.

“More children will be impacted by longer, hotter and more frequent heatwaves over the next 30 years, threatening their health and wellbeing. How devastating these changes will be depends on the actions we take now. At a minimum, governments must urgently limit global heating to 1.5 degrees Celsius and double adaptation funding by 2025. This is the only way to save children’s lives and futures – and the future of the planet,” Russell added.

Yasumasa Kimura, Deputy Representative-Programs, UNICEF India said, “The report draws urgent attention to what we already know – that the climate crisis is a child right’s crisis and deserves urgent action from each one of us. Besides health, heatwaves can also affect children’s environments, their safety, nutrition and access to water, their education and future livelihoods. UNICEF is investing in climate change adaptation measures to build resilience of families and communities to face and recover from the impact of climate change. As children will continue to bear the brunt of extreme weather conditions in the years ahead. UNICEF strongly advocates for children and young people to be at the centre of decisions that determine the future of our planet.”

Heatwaves are especially damaging to children, as they are less able to regulate their body temperature compared to adults. The more heatwaves children are exposed to, the greater the chance of health problems including to chronic respiratory conditions, asthma, and cardiovascular diseases. Babies and young children are at the greatest risk of heat-related mortality. Heatwaves can also affect children’s environments, their safety, nutrition and access to water, and their education and future livelihood.

Millions more children will be exposed to high heatwave severity and extreme high temperatures depending on the degree of global heating reached. Children in northern regions, especially Europe, will face the most dramatic increases in high severity heatwaves and, by 2050, nearly half of all children in Africa and Asia will face sustained exposure to extreme high temperatures.

“The climate shocks of 2022 provided a strong wakeup call about the increasing danger hurtling towards us,” said Vanessa Nakate, climate activist and UNICEF Goodwill Ambassador. “Heatwaves are a clear example. As hot as this year has been in almost every corner of the world, it will likely be the coldest year of the rest of our lives. The dial is being turned up on our planet and yet our world leaders haven’t begun to sweat. The only option is for us to continue to turn up the heat - on them - to correct the course we are on. World leaders must do this at COP27 for children everywhere, but especially the most vulnerable children in the most affected places. Unless they take action, and soon, this report makes it clear that heatwaves will become even harsher than they are already destined to be.”

UNICEF is calling on governments to: