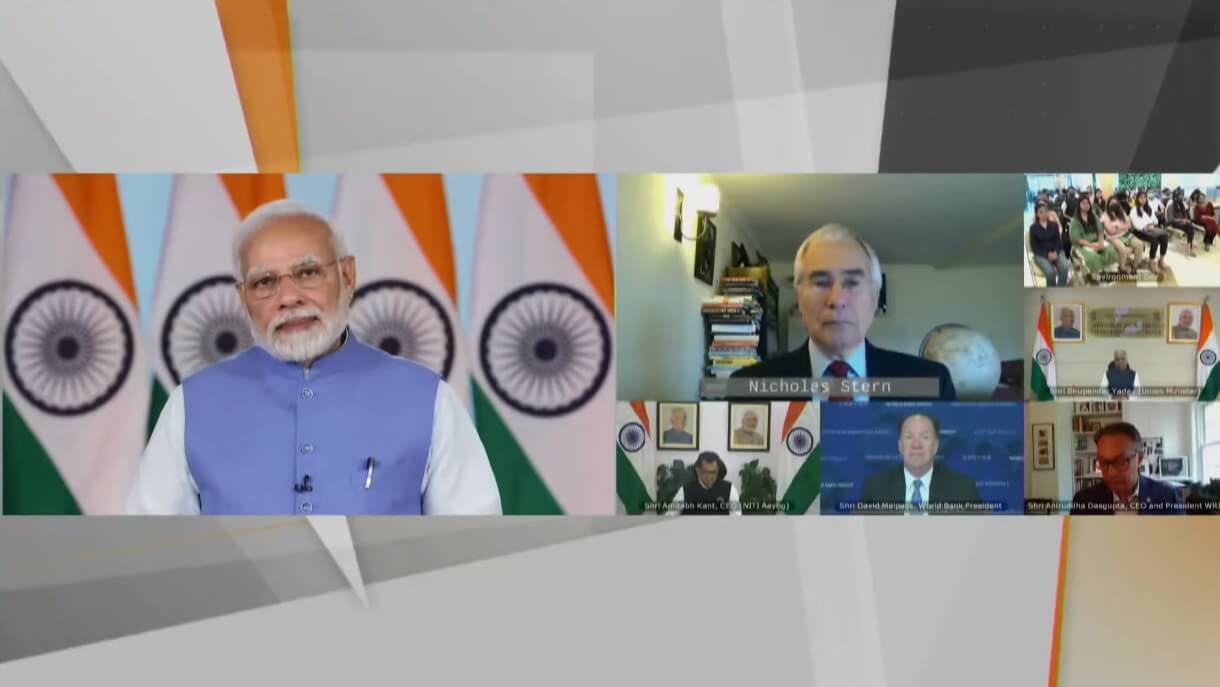 India launches global LiFE movement to battle climate change
On the occasion of World Environment Day, Narendra Modi, Prime Minister of India, launched a global initiative ‘Lifestyle for the Environment— LiFE Movement, according to a media release by the Ministry of Environment, Forest and Climate Change.  The launch will initiate ‘LiFE Global Call for Papers’ inviting ideas and suggestions from academics, universities and research […]

On the occasion of World Environment Day, Narendra Modi, Prime Minister of India, launched a global initiative ‘Lifestyle for the Environment— LiFE Movement, according to a media release by the Ministry of Environment, Forest and Climate Change.

The launch will initiate ‘LiFE Global Call for Papers’ inviting ideas and suggestions from academics, universities and research institutions to influence and persuade individuals, communities and organisations across the world to adopt an environment-conscious lifestyle.

Through the video conferencing event, the Prime Minister stressed on the need to engage in collective efforts and robust action for sustainable development.Bill Gates, Co-Chairman of the Bill & Melinda Gates Foundation, was among the many dignitaries who attended the programme.

The PM added that the vision of LiFE is to live a lifestyle that is in tune with the planet and does not harm it. “Those who live such a lifestyle are called “Pro-Planet People. Mission LiFE borrows from the past, operates in the present and focuses on the future. Reduce, Reuse and Recycle are the concepts woven into our life. The Circular Economy has been an integral part of our culture and lifestyle.”

The idea of LiFE was introduced by the Prime Minister during the 26th United Nations Climate Change Conference of the Parties (COP26) in Glasgow last year. The idea promotes an environment-conscious lifestyle that focuses on “mindful and deliberate utilisation' instead of mindless and destructive consumption”.

Modi highlighted that India’s forest cover is increasing and so is the population of lions, tigers, leopards, elephants and rhinos. He said that India’s commitment to reach 40 percent of installed electric capacity from non-fossil fuel-based sources has been achieved, nine years ahead of schedule. The target of 10 percent ethanol blending in petrol has been achieved five months ahead of the November 2022 target, which helped in reducing carbon emissions by 27 lakh tonnes. This is a major accomplishment given that blending was hardly 1.5 percent in 2013-14 and 5 percent in 2019-20.

“To eliminate greenhouse gases we need innovative technologies and participation from all. Ensuring that these innovative technologies are widely adopted will not only require large investments and partnerships between private and public sectors but also demands from individuals. Individual actions will send market signals that will encourage governments and businesses to invest in these innovations and create the breakthroughs we need,” said Gates.

Steiner added that countries like India are serving as kinetic energy behind the decisive climate action on the world stage. That includes its work through cutting edge initiatives like International Solar Alliance and Coalition for Disaster Resilient Infrastructure and One Sun One World One Grid.