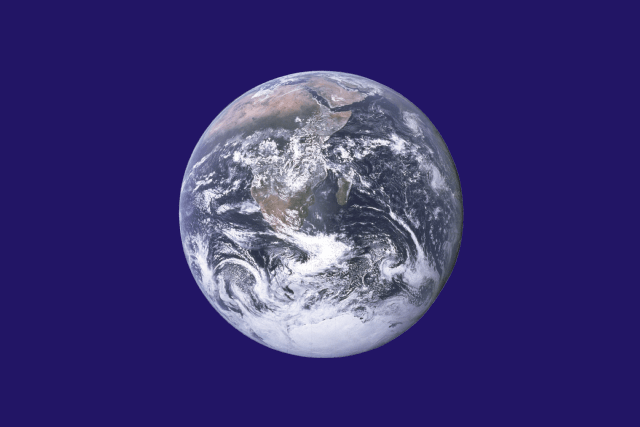 Let’s move beyond climate doom
The last report from the UN climate experts showed that without drastic action soon, Earth could become unlivable in many places. The report provided new estimates of the chances of crossing the global warming level of 1.5°C in the next decade, and finds that unless there are immediate, rapid and large-scale reductions in greenhouse gas […]

The last report from the UN climate experts showed that without drastic action soon, Earth could become unlivable in many places. The report provided new estimates of the chances of crossing the global warming level of 1.5°C in the next decade, and finds that unless there are immediate, rapid and large-scale reductions in greenhouse gas emissions, limiting warming to close to 1.5°C or even 2°C will be beyond reach.

However, many scientists are pushing back on the idea that the planet is doomed, saying there is still room for hope, if timely action is taken.

So ‘climate doomism’ has started receiving flak and rightly so. But what exactly is it, how can we handle it and what are the solutions on offer? Let’s have a look at it.

A term which has gone viral recently is 'Climate doomers' or ‘Climate doomism’, which is the idea that we are past the point of being able to do anything at all about global warming and that mankind is highly likely to become extinct.

Doomism is particularly popular with the younger generation on social media. Doomism “is definitely a thing,” said College of Wooster psychology professor Susan Clayton, who studies climate change anxiety and spoke about the issue recently. “It’s a way of saying ‘I don’t have to go to the effort of making changes because there’s nothing I can do anyway.’”

Today more and more scientists are arguing that it is wrong. Alas, the argument is picking up steam online.

Climate doomism isn’t a psychological condition, but more of a cultural mood.

It’s not that people don’t care, they just – understandably – feel powerless to do anything about it.  And that's why they are venting their frustrations online.

Take for example Charles. "I am a climate doomer," Charles, a 27-year-old popular Tik Toker  who lives in California, told BBC. "Since about 2019, I have believed that there's little to nothing that we can do to actually reverse climate change on a global scale."

He admitted to feeling overwhelmed, anxious and depressed about global warming, but he followed up with a plea. "I'm calling on the activists and the scientists of TikTok to give me hope," he said.

Need to stay away from doom

It’s too early to write the earth’s obituary. Don’t forget that doomsday lingo also allows sceptics to believe that any effort is futile because we are out of time. Even though we are moving at a sluggish pace, we still are moving.

In 2021, ​​Climatologist Michael E Mann told the Guardian that ‘Doommongering has overtaken denial as a threat to climate action.’ He said narratives that it is ‘too late’ can make people disengage, and fall into despair.

There are several reasons to be hopeful. According to the UN,  some of the reasons include an increase in electric vehicle adoption, economic measures being deployed, industry emissions being tracked and so on.

Say no to climate doom

With tech advancement we have real hope of change. Each individual, organisation and governments need to step up their actions. Doomsday talk is not going to lead us anywhere, rather, it’s just another psychological issue that we will have to battle with.

Even if the melting of ice caps can’t be prevented, emissions can be cut. Even if heatwaves can’t be diverted, we can adopt decarbonisation.

Unlike American author Jonathan Franzen who said we should resign to the climate crisis, the need of the hour is to step up to the crisis and fight the forces of inaction.